A Fantastic Voyage: 3D Printed "Micro-Fish" May Soon be Cleaning Your Bloodstream

They don't look like Raquel Welch, but they promise to revolutionize healthcare. 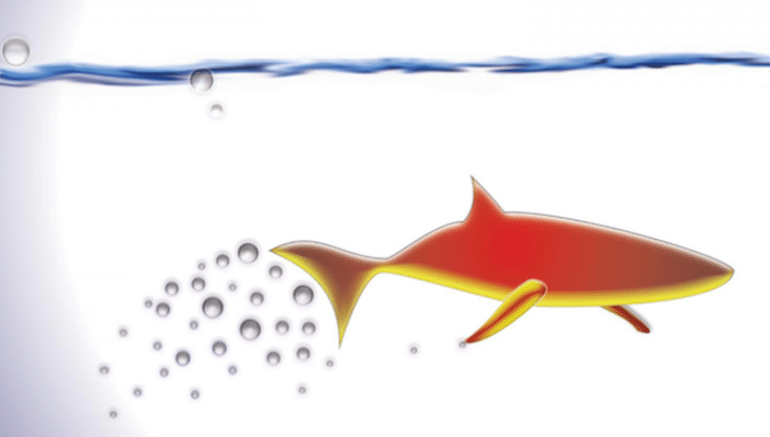 The "fantastic voyage," where scientists shrink down, suit up in some type of submarine or robot, and enter a patient's body, is a common trope in popular culture. In The Adventures of Jimmy Neutron, Archer, Dexter's Lab, Futurama, Invader Zim, and (of course) The Magic School Bus, characters all shrink down to explore.

Now, Professors Shaochen Chen and Joseph Wang of the Nano Engineering Department at the University of California, San Diego, are using tiny 3D printed robots in a similar way. While they're not shrinking down to pilot the technology, the scientists will still be using the robots to target microscopic ailments, much as Ms. Frizzle set out to do. Chen and Wang will just be doing it from the safety of the lab.

Thinner than the width of a human hair, these robots called "micro-fish" may one day be prescribed by your M.D. Why the name micro-fish? Well, they're actually designed to look like fish.

The fish-shape isn't achieved using a typical 3D printer. You can't head over to Home Depot, grab a Makerbot, and start printing these guys. The fish were printed using a high-resolution 3D printing technology called "microscale continuous optical printing," or μCOP. This was actually developed by Chen.

The printer uses 2 million tiny mirrors that function and aim individually. As a beam of UV light is projected, the mirrors direct the light at a photosensitive material. The material solidifies when the UV light hits it.

The fish are essentially a "delivery vehicle" for nanoparticles that Chen and Wang attached to their tails. The platinum particles react with hydrogen peroxide, which propels the fish. The fish even have magnetic particles attached to their heads, which help them steer.

These aren't the first mini-robots designed for use with magnets. Researchers from Boston's Children's Hospital and the University of Houston invented "millirobots." These small magnetic robots are designed to swim through a patient's bloodstream and spinal fluid. Once inside, they are programmed to assemble into an electromagnetic gun.

The whole time, the doctor mans the controls, guiding the bots to the fluid build up or blocked passageway. They then use them to inject drugs directly into the area. The scientists on the project are still working to scale down the robots appropriately.

Speaking of scales, the next step for our fish was to figure out what it would try delivering first.

The fish are able to remove substances, but they can also deliver them as well. Chen and his team hope to attempt using the fish for "targeted drug delivery or as sensors." The fish seems to be doing exactly what the scientists intended, delivering "treatment to an otherwise difficult to access part of the body without causing ill effects.

Our bodies won't be full of fish any time soon. The technology is still in development, but has been backed by grants from the National Science Foundation and the National Institutes of Health. Which means that, soon, this technology, which seems only possible in fiction, may be coming to a doctor's office near you.