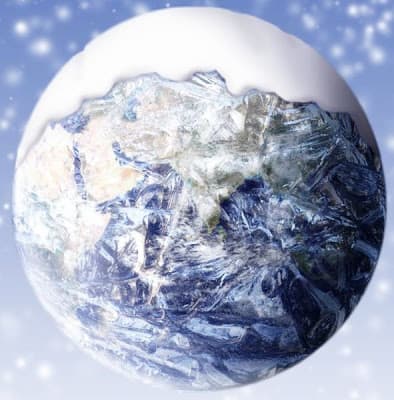 Carl Sagan and George Mullen first proposed the ‘faint young sun paradox’ in 1972 and it has been a perplexing problem for scientists every year since. Before I can explain our most recent solution to the paradox, I must first explain the paradox itself.

Basically, the faint young sun paradox focuses on the history of the early solar system. Back when our Sun was but a wee lad, its energy output would have been about 70% of what it produces today. Long story short, the Sun did not produce enough energy to keep water in a liquid state on Earth’s surface for the first couple of billion years of Earth’s history according to the standard solar model. Normally, this would be all fine and dandy except it contradicts the geological record seen on Earth, which places liquid water continuously existing on Earth’s surface as early as 3.8 billion years ago which allows life to make its earliest appearance as early as 3.5 billion years ago (OK, with the exception of the Huronian glaciations which is between 2.4-2.1 billion years ago, where the water on Earth’s surface was frozen). Clearly, we are missing a piece of the puzzle.

Several hypotheses exist to explain this contradiction ranging from a stronger solar wind to more green house gases present on Earth than we’ve previously expected, to complicated combinations of various hypotheses – in addition, our standard solar model might simply be wrong in this regard. Of course, we are on the quest to find the hypotheses that has the best fit as well as finding evidence that supports it. Today, I wanted to talk about the newest edition to the faint young sun paradox solution family, hydrogen-nitrogen.

A recent study by planetary scientists at the University of Chicago set out to find a hypothesis that fits our observations and our models. According to Robin Wordsworth, the lead author of the study, many of the current solutions to the paradox have important weaknesses.

Charles Choi, a space.com contributor, writes, “Molecules can absorb infrared light — the kind most often given off as heat — by wobbling in response to the light. Greenhouse gases such as carbon dioxide can absorb infrared photons and heat up the planet, but nitrogen and hydrogen gas generally do not.”

This is where dimer molecules come in. A dimer molecule is basically a chemical structure which is created by two sub-units which are either identical (homodimer, such as an A-A system) or different (heterodimer, such as an A-B system). In a sufficiently dense atmosphere, colliding hydrogen and nitrogen molecules have the ability to form the heterodimer molecule hydrogen-nitrogen. This structure can more effectively absorb infrared radiations, which in turn help keep the surface temperature of Earth above freezing.

To this, Wordsworth, says, “Because hydrogen is such a rare gas in Earth’s atmosphere today, it seems crazy to believe that it could have ever played a role in warming the climate.” This is a (relatively) easy problem to wrap your head around since our calculations suggest Earth’s early atmosphere could have been 30% hydrogen. Even using a more pessimistic number, a 10% hydrogen atmosphere could have risen the surface temperature 18 or 27 degrees Fahrenheit.

Whenever you start talking about Earth’s early history, you get a butterfly effect. This particular hydrogen-nitrogen atmospheric composition would have major implications for development of Earth’s early climate and Earth’s earliest organisms.