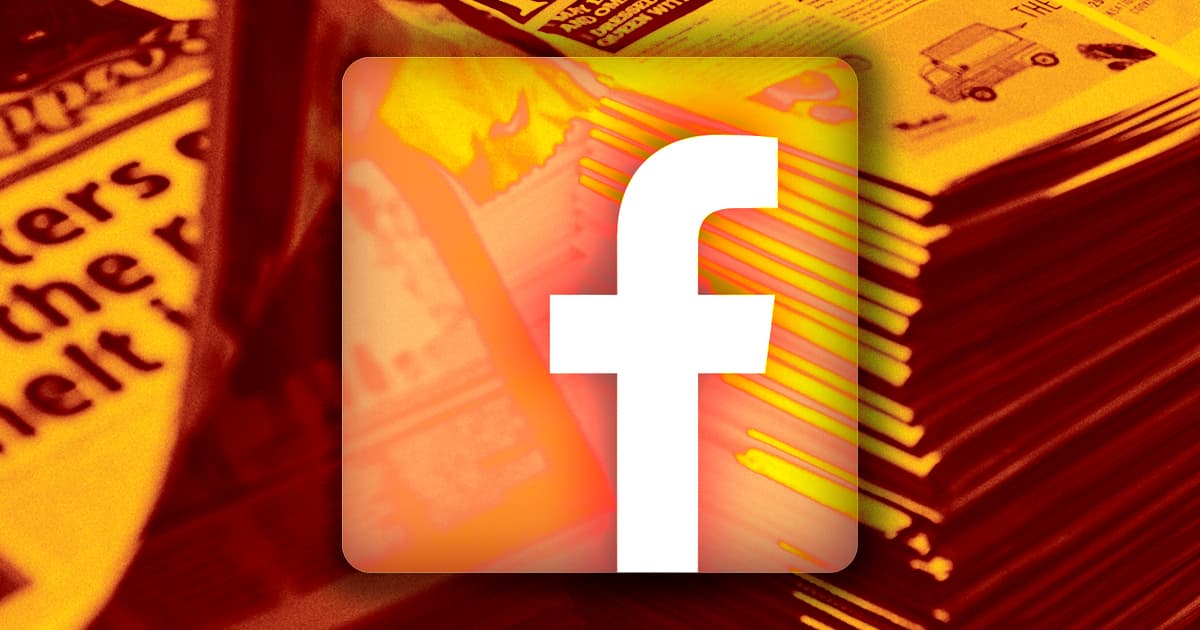 Local news coverage is suffering as publications covering their communities struggle to make ends meet. Part of the problem is that it's hard to for local publishers to attract and monetize enough pageviews in a cutthroat digital news marketplace — a problem that giant platforms like Facebook have exacerbated.

Facebook says it will invest the $300 million over the course of three years, but the company's blog post only included information on how the first $36 million will be spent.

Many of the investments are set to go to organizations that place journalists in local newsrooms, such as Report for America, which is set to receive a $2 million investment that Facebook says will allow it to fund 1,000 journalists' salaries. Other investments are going toward groups like the Pulitzer Center, which will get $5 million to fund at least a dozen investigative reporting projects at the community level.

Facebook's investment in local news is a good sign for the future of media — journalists have been mourning local news coverage for years, and revitalizing the country's local newsrooms is an essential step for developing and protecting a functional media that can not only inform the public but serve as a watchdog against the powerful.

But that doesn't mean Facebook is suddenly a benevolent force for the media. The company has spent the last few years causing and glossing over media scandal after media scandal, whether it was failing to detect and block the many bot-driven Facebook accounts that shared propaganda in hopes of influencing political elections or Facebook's failure to keep its platform from facilitating genocide in Myanmar.

Facebook's investments in local news stand to do a lot of good for the world, assuming that the money is a gift and not a way for Facebook to influence news coverage. But even then, better and more comprehensive news coverage is a treatment, not a cure for problems with the media landscape that often seem to originate from Facebook itself.

Read This Next
Going Wireless
Hackers Took Over a Subdomain of Wired.com for Several Months and Replaced It With Sleazy Online Casino Content
Make Mark Happy
Facebook Employees Seem Completely Confused by the Metaverse
Midlife Crisis
Rumors Swirl That Mark Zuckerberg Is Fighting at a UFC Show
Mark's Bad Year
Layoffs Hitting Facebook as Zuckerberg's Vision Stumbles
Saving Face
People Bullied Mark Zuckerberg So Much That He's Improving the Metaverse Graphics
More on Future Society
I Silence Thee
Yesterday on futurism
Leaked Messages Seem to Show Elon Musk Using Twitter to Punish His Enemies
Gas Giant
Friday on the byte
Journalist Eats Lab-Grown Chicken, Gets "Weirdly Gassy"
Musk Rats
Thursday on the byte
Twitter Is Quietly Re-Suspending the Lunatics Elon Musk Let Back On
READ MORE STORIES ABOUT / Future Society
Keep up.
Subscribe to our daily newsletter to keep in touch with the subjects shaping our future.
+Social+Newsletter
TopicsAbout UsContact Us
Copyright ©, Camden Media Inc All Rights Reserved. See our User Agreement, Privacy Policy and Data Use Policy. The material on this site may not be reproduced, distributed, transmitted, cached or otherwise used, except with prior written permission of Futurism. Articles may contain affiliate links which enable us to share in the revenue of any purchases made.
Fonts by Typekit and Monotype.