These batteries can be discharged and recharged up to 200,000 times, compared to the 500 cycle limit for lithium ion batteries. 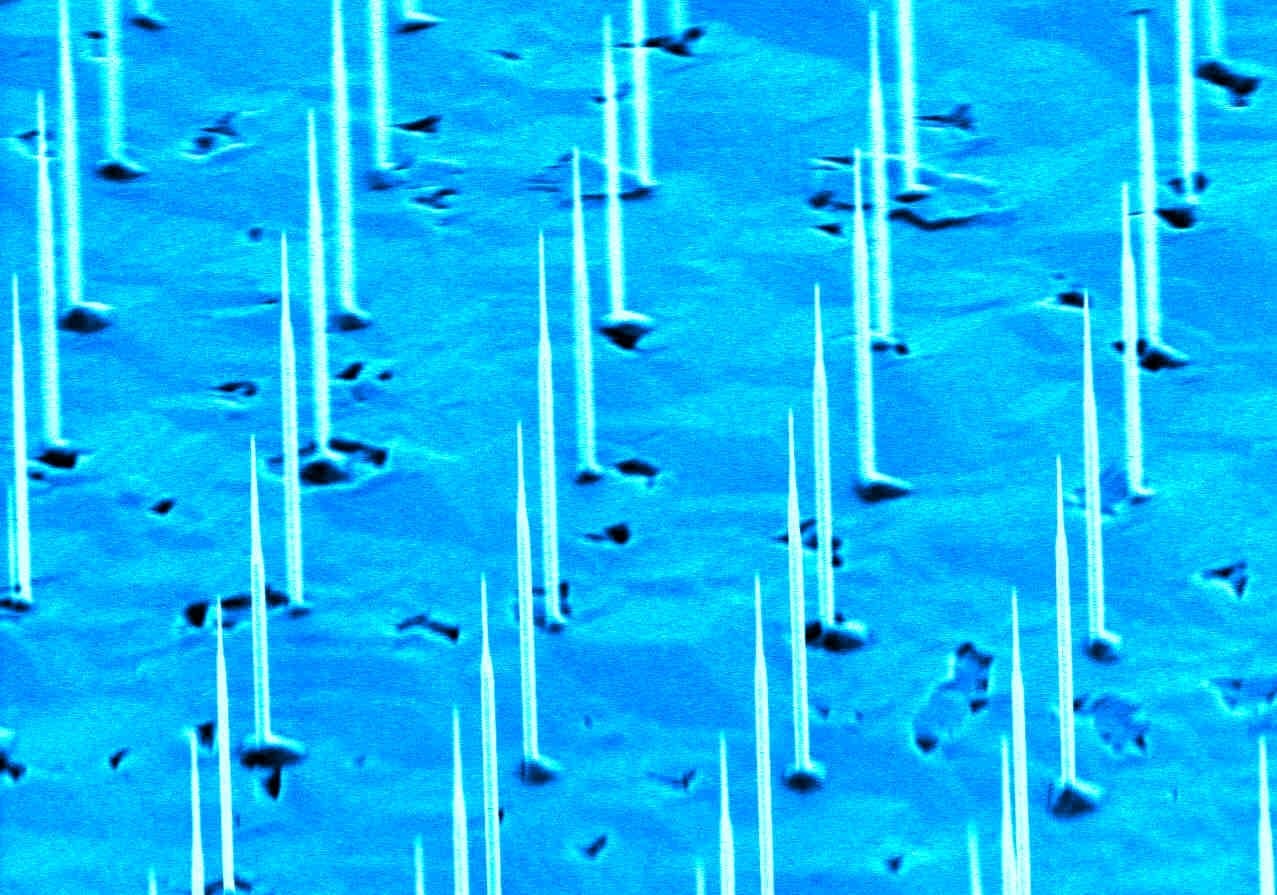 Nanowire Batteries Made Even Better

University of California, Irvine chemist Reginald Penner and doctoral candidate Mya Le Thai have found a technique that can lengthen the lifespan of nanowire batteries significantly—by coating gold nanowire in a manganese dioxide shell and encasing the assembly in an electrolyte made of a Plexiglas-like gel.

The team’s experiment shows a reliable and failure-resistant combination.

The team has found a way to stretch the nanowire battery’s cycle limit, which is the number of times a battery can be charged and discharged. The previous maximum was 7,000 cycles, and the improved nanowire battery now has practically no limit.

The batteries can go up to 200,000 cycles without losing any detectable loss of capacity or power, and without fracturing any nanowires. While nanowires have superior conductivity and a better capacity to store and transfer electrons, they are thousands of times thinner than hair and are extremely fragile.

To that end, they break when repeatedly charged and discharged.

However, the solution seemed to lend elastic attributes to the metal oxide in the batter—making it less likely to break. "The coated electrode holds its shape much better, making it a more reliable option," Thai said in the press release. "This research proves that a nanowire-based battery electrode can have a long lifetime and that we can make these kinds of batteries a reality."

According to Penner, the breakthrough was a result of hard work and serendipity, as Thai discovered it by chance. But of course, this doesn’t make the breakthrough any less significant, and it could tremendously change technology as we know. Most gadgets today run on lithium ion batteries, which have a lifespan of up to 500 cycles.

These nanowire batteries may make it so that batteries would never degrade, and therefore would not have to be replaced.