To picture DAEDALUS, think of BB-8 from "Star Wars" minus the head. 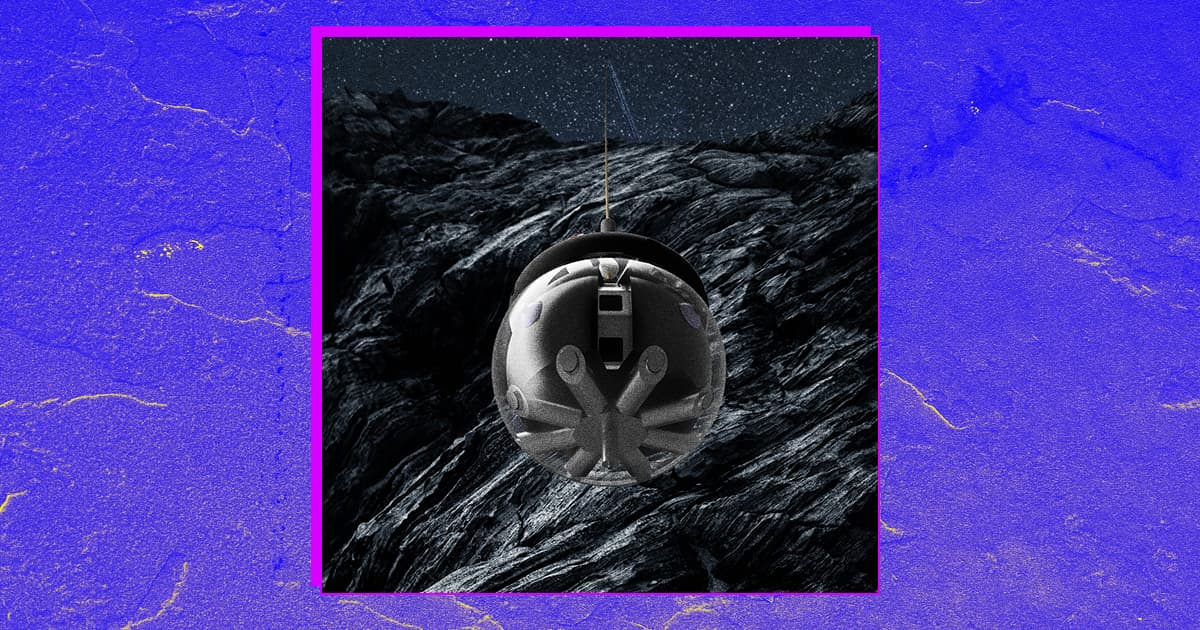 The European Space Agency is now testing a new robot that it plans to ship off to the Moon, where it will freely explore lunar caves.

The robot, DAEDALUS, appears to be little more than a robotic orb — the ESA even compared it to a "hamster ball" in a press release about the project. But it's packed with tools that will not only help scientists better understand the Moon's caves, but even help space agencies plan out potential bases or settlements on or beneath the lunar surface.

The plan, according to the press release, is to lower DAEDALUS down into lunar caves from a tether that will also serve as a receiver for the robot's reports after it plops free and starts to explore the area.

"The design is driven by the requirement to observe the surroundings in full 360 degrees and the necessity to protect the interior from the harsh lunar environment," DAEDALUS developer Dorit Borrmann said in the press release. "With the cameras acting as a stereo vision system and the laser distance measurements, the sphere detects obstacles during descent and navigates autonomously upon reaching the pit floor."

In particular, DAEDALUS will hunt for two things: deposits of ice hidden[under the surface of the Moon, and to see if any lunar caves would be able to protect future settlers or astronauts from inhospitable conditions and especially the deadly cosmic radiation in space.

The DAEDALUS scientists aren’t the first to suggest that life on the Moon would be safer underground, but their little spherical pal will likely be an important part of figuring out just how feasible that plan is.

More on off-world caves: NASA’s Working on a Drone to Hunt For Life in Martian Caves