Historian Says Elon Musk Is Misinterpreting One of His Favorite Books

"That is Musk’s guide for living, yet he is using that guide to justify doing the very thing that the story is opposed to." 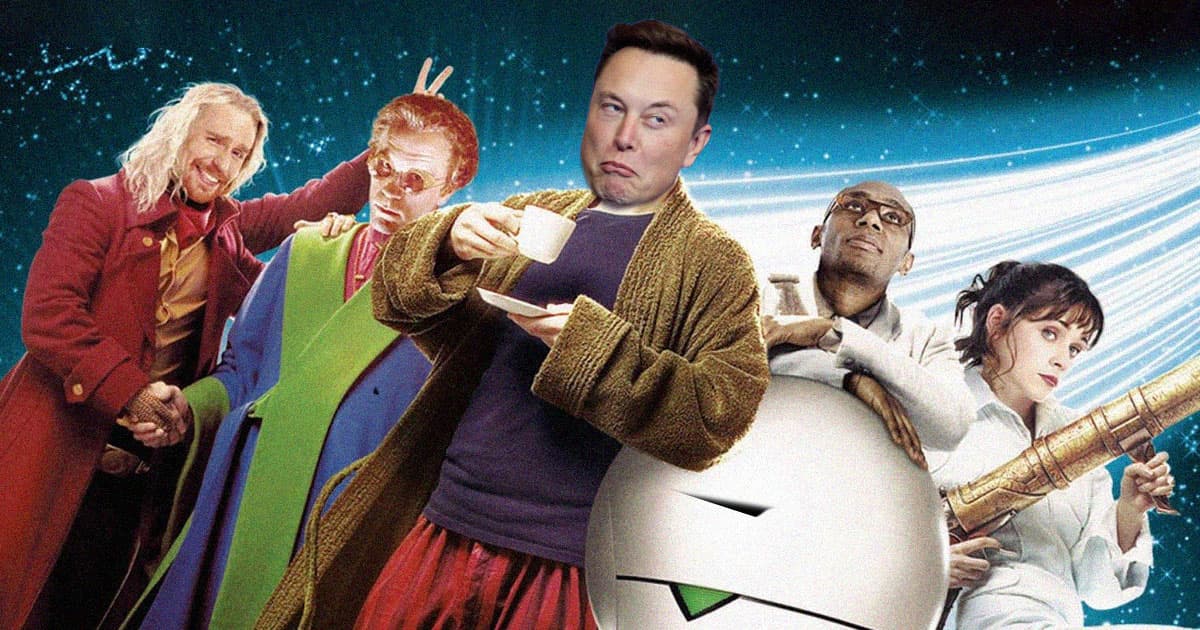 It’s no secret that one of SpaceX CEO Elon Musk’s favorite books is Douglas Adams’ satirical novel "The Hitchhiker’s Guide to the Galaxy."

He said he plans to name the first SpaceX spacecraft to Mars "Heart of Gold" after a ship in the novel. He dropped references to the story after his Boring Company hats hit 42,000 sales. He’s even described Adams as his "favorite philosopher." So he’s definitely a big fan.

However, one historian recently accused the billionaire of completely missing the point of the stories — and offered a scathing critique of billionaires using sci-fi novels as a "user's manual."

Jill Lepore, a Harvard historian and writer for The New Yorker, appeared on a recent episode of "The Next Big Idea" podcast where she threw shade on Musk’s "Hitchhiker's" fan status. More specifically, she believes that the novels are an "indictment of systems of profound economic inequality," while the CEO’s wealth, lifestyle, and business models are anything but.

She adds that Adams wrote the novel with an anti-apartheid sticker on his typewriter, and suggested he would take issue with Musk’s treatment of his works. Intriguingly, Lepore might be referencing the scurrilous rumors that the billionaire and his family enriched themselves off of the exploitation of victims of apartheid South Africa.

"Douglas Adams is saying, ‘We shouldn’t send wealthy colonists to other planets to build luxury colonies because that is wrong,’ and writing a satire that displays the many ways in which that is wrong," Lepore said. "That is Musk’s guide for living, yet he is using that guide to justify doing the very thing that the story is opposed to."

Musk wasn’t alone in Lepore’s criticisms either. The historian also levied a broadside against his fellow billionaires including Meta CEO Mark Zuckerberg, who has drawn inspiration for his much ballyhooed metaverse from Neal Stephenson’s dystopian novel "Snow Crash," and Amazon founder Jeff Bezos, who once hired Stephenson as an advisor for his space company Blue Origin.

"Why do these guys keep reading science fiction, which often is a searing social criticism — why are they reading it as a user’s manual?" Lepore said.

READ MORE: A Harvard historian explains what Elon Musk is getting wrong about the future [Fast Company]

Read This Next
I Silence Thee
Leaked Messages Seem to Show Elon Musk Using Twitter to Punish His Enemies
Enemy Mine
Elon Musk Now Denies That His Family's Emerald Mine Existed, In Spite of Previously Bragging About It
Bot Rush
An Overwhelming Number of Porn Bot Accounts "Drowned Out" Chinese Protest Content on Twitter
Hardcore Mode
Even Twitter's Intern Just Resigned in Disappointment
This is Exhausting
Elon Musk Seems to Be Trying to Weasel Out of Vote to Resign
More on Future Society
Gas Giant
Yesterday on the byte
Journalist Eats Lab-Grown Chicken, Gets "Weirdly Gassy"
Musk Rats
Thursday on the byte
Twitter Is Quietly Re-Suspending the Lunatics Elon Musk Let Back On
Going Wireless
Wednesday on futurism
Hackers Took Over a Subdomain of Wired.com for Several Months and Replaced It With Sleazy Online Casino Content
READ MORE STORIES ABOUT / Future Society
Keep up.
Subscribe to our daily newsletter to keep in touch with the subjects shaping our future.
+Social+Newsletter
TopicsAbout UsContact Us
Copyright ©, Camden Media Inc All Rights Reserved. See our User Agreement, Privacy Policy and Data Use Policy. The material on this site may not be reproduced, distributed, transmitted, cached or otherwise used, except with prior written permission of Futurism. Articles may contain affiliate links which enable us to share in the revenue of any purchases made.
Fonts by Typekit and Monotype.