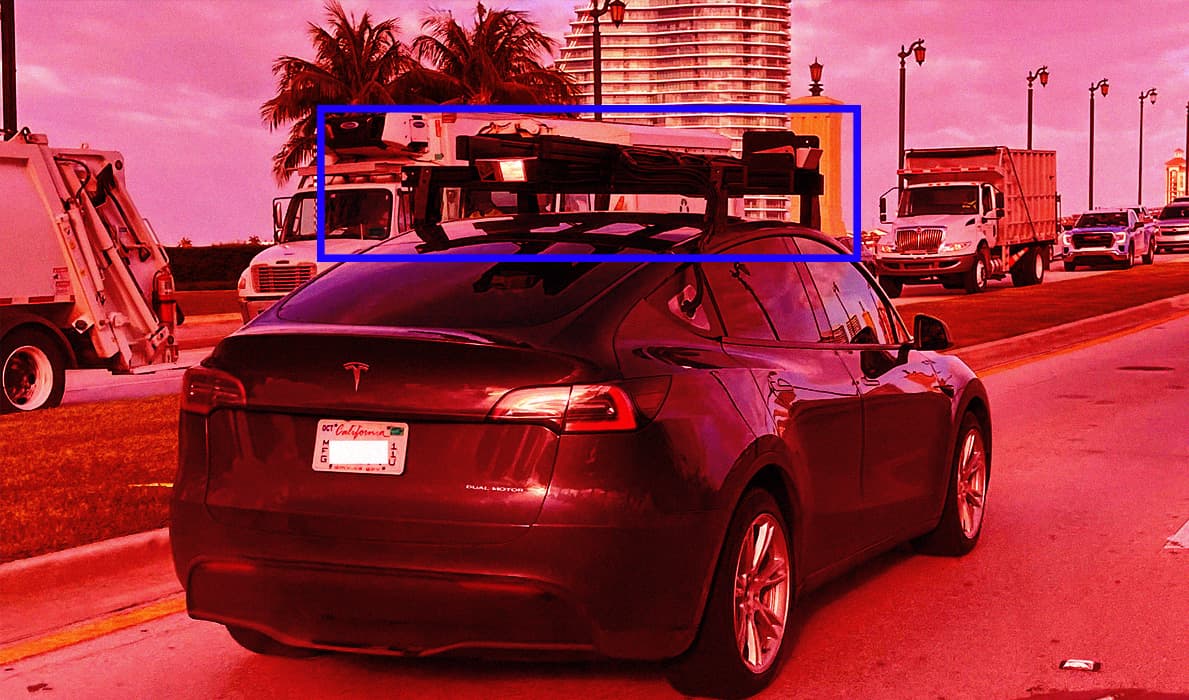 Image by Grayson Brulte via Twitter/Futurism

Tesla CEO Elon Musk has always been adamant that his car company is capable of developing an entirely camera-based self-driving system for its vehicles — without the need of LIDAR (or laser pulse-based light detection) technologies currently used by most other autonomous vehicle companies.

But according to images uploaded to Twitter by autonomous vehicle consultant Grayson Brulte, Musk's company may have changed his tune.

The photos, Bloomberg reports, show a Tesla Model Y with a LIDAR rack mounted to its roof as it drives down a road in Palm Beach, Florida.

That's despite Musk telling investors that LIDAR technologies were a "fool's errand" in April 2019 and that "anyone relying on LIDAR is doomed."

In a 2018 earnings call, Musk also called LIDAR " a crutch that will drive companies to a local maximum that they will find very hard to get out of."

In other words, we may be seeing yet another change of heart for the billionaire.

Luminar's shares rose right after the images were posted, seeing a 9.8 percent bump, Bloomberg reports — collaborating with one of the hottest car companies in the space is bound to raise plenty of interest among investors.

The images leave plenty of questions unanswered, though.

There's a chance Tesla is using the data it is gathering to fine-tune its camera-based self-driving systems, one expert told Bloomberg.

"If they made that change, it would effectively deprecate their entire fleet of vehicles," he argued. "They are not going to retrofit one million vehicles."

It's hard to make of what Tesla is trying to achieve with the testing. Musk appears to be adamant about ditching the technology long term.

"We believe that a vision-only system is ultimately all that is needed for full autonomy," Musk told investors during a 2021 Q1 investors call. "Our AI-based software architecture has been increasingly reliant on cameras, to the point where radar is becoming unnecessary earlier than expected."

Whether that will turn out to be the right decision remains to be seen.