Elon Musk Has a Big Problem on His Hands

Yet again, it's a problem of his own making. 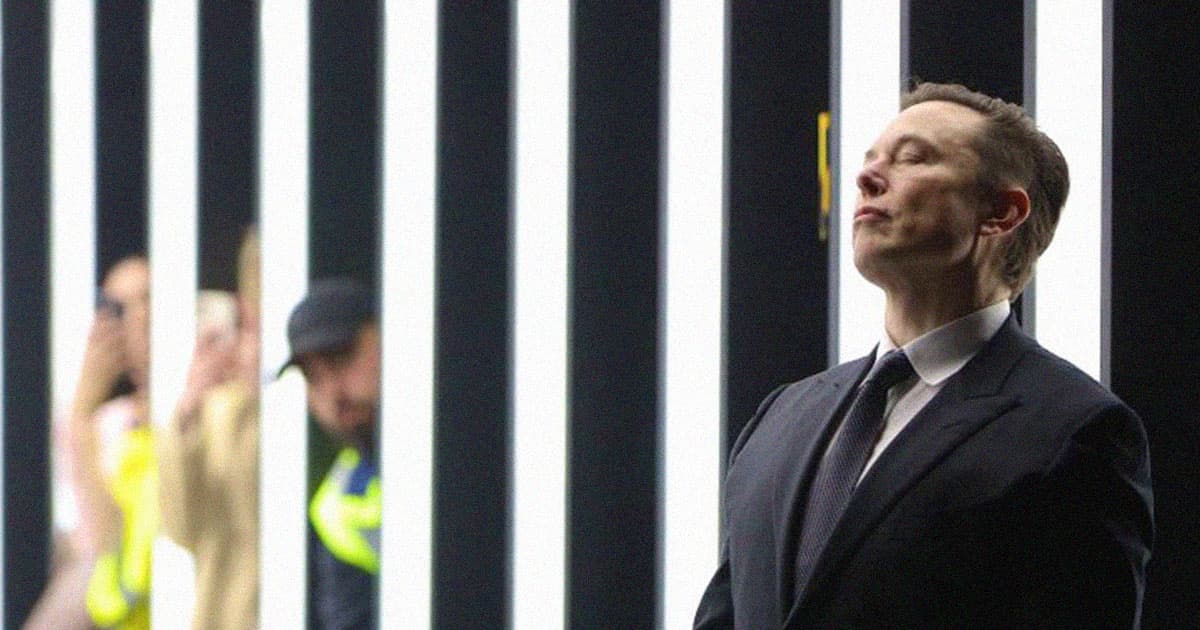 Tesla CEO Elon Musk's disastrous attempt to back out of an ill-advised bid to buy Twitter for $44 billion is backfiring spectacularly — and his car company Tesla could be along for the ride.

According to a recent New York Times report, Musk went as far as to beg for a 30 percent discount during the negotiation, a proposition Twitter's board scoffed at.

Long story short, now Musk has finally backed down, agreeing to buy the social media company at his original offer of $54.20 a share, a massive sum that could force the billionaire to dig deep into his pockets and sell even more Tesla shares.

Even for the richest man in the world, $44 billion is a lot of dough. In August, Musk already sold off $7 billion of Tesla shares to pay for Twitter. After all, the deal hinged on Musk's ability to secure funding.

At the time he hinted at the possibility of having to sell even more Tesla stock "in the (hopefully unlikely) event that Twitter forces this deal to close *and* some equity partners don’t come through."

But that's exactly what happened, with two funders bailing already.

As of right now, it's looking like Musk will soon be the proud new owner of a website that has historically struggled significantly to make ends meet, and he may well have to sell more Tesla stock to make it happen.

That kind of uncertainty has Tesla investors worried, The Street reports. Besides, Musk is already a very busy man, and adding Twitter to the pile will inevitably mean he'll have even less time to dedicate to the electric car company.

"The broader worries are Musk is spread too thin at such a key time for Tesla," Wedbush Securities analyst Dan Ives told Yahoo Finance. "He is juggling a lot of balls at the same time and that makes Tesla investors on edge with Twitter the new kid on the block to the Musk ecosystem."

The timing of Musk's disastrous shopping spree couldn't be worse. The company has already been put through the ringer this year, and the latest news is adding to fuel to the fire.

Most recently, the company's stock prices plunged more than 20 percent in less than 20 days, in a clear sign investors are less than impressed with Musk's antics.

The end of this epic saga may finally be in sight — but we've got more questions than ever. Will Musk be able to turn the ship around and transform Twitter into a profitable business? Will those efforts end up interfering with his involvement in Tesla?

Musk has long been known for making waves, for better or for worse — and that kind of uncertainty is the last thing you need during an ongoing economic downturn of epic proportions.

Read This Next
It Was the Tesla
Manslaughter Case Has a Strange Twist: Tesla That Killed Couple Was on Autopilot
Full Self-Delusion
Survey: 42% of Tesla Autopilot Drivers Think Their Cars Can Entirely Drive Themselves
Please Elon
Why These Tesla Owners Are Going on a Hunger Strike Against Tesla
Streisand Effect
Hurry Up and Watch These Videos Tesla Wants Removed From the Internet
Elon's Mad
Elon Musk Snaps at Guy Who Pointed Out Bug in Tesla's Beta FSD
More on Advanced Transport
Pizza Personnel
Wednesday on the byte
Domino's Buying Hundreds and Hundreds of Electric Delivery Vehicles
Obey the Bus
Tuesday on the byte
Tesla Full Self-Driving Caught Ignoring Stop Signs on School Buses
Gruesome
Nov 14 on the byte
Police Investigating Deadly Accident In Which Tesla Plowed Into Multiple People
READ MORE STORIES ABOUT / Advanced Transport
Keep up.
Subscribe to our daily newsletter to keep in touch with the subjects shaping our future.
+Social+Newsletter
TopicsAbout UsContact Us
Copyright ©, Camden Media Inc All Rights Reserved. See our User Agreement, Privacy Policy and Data Use Policy. The material on this site may not be reproduced, distributed, transmitted, cached or otherwise used, except with prior written permission of Futurism. Articles may contain affiliate links which enable us to share in the revenue of any purchases made.
Fonts by Typekit and Monotype.