The classic scooter is finally getting an electric treatment. 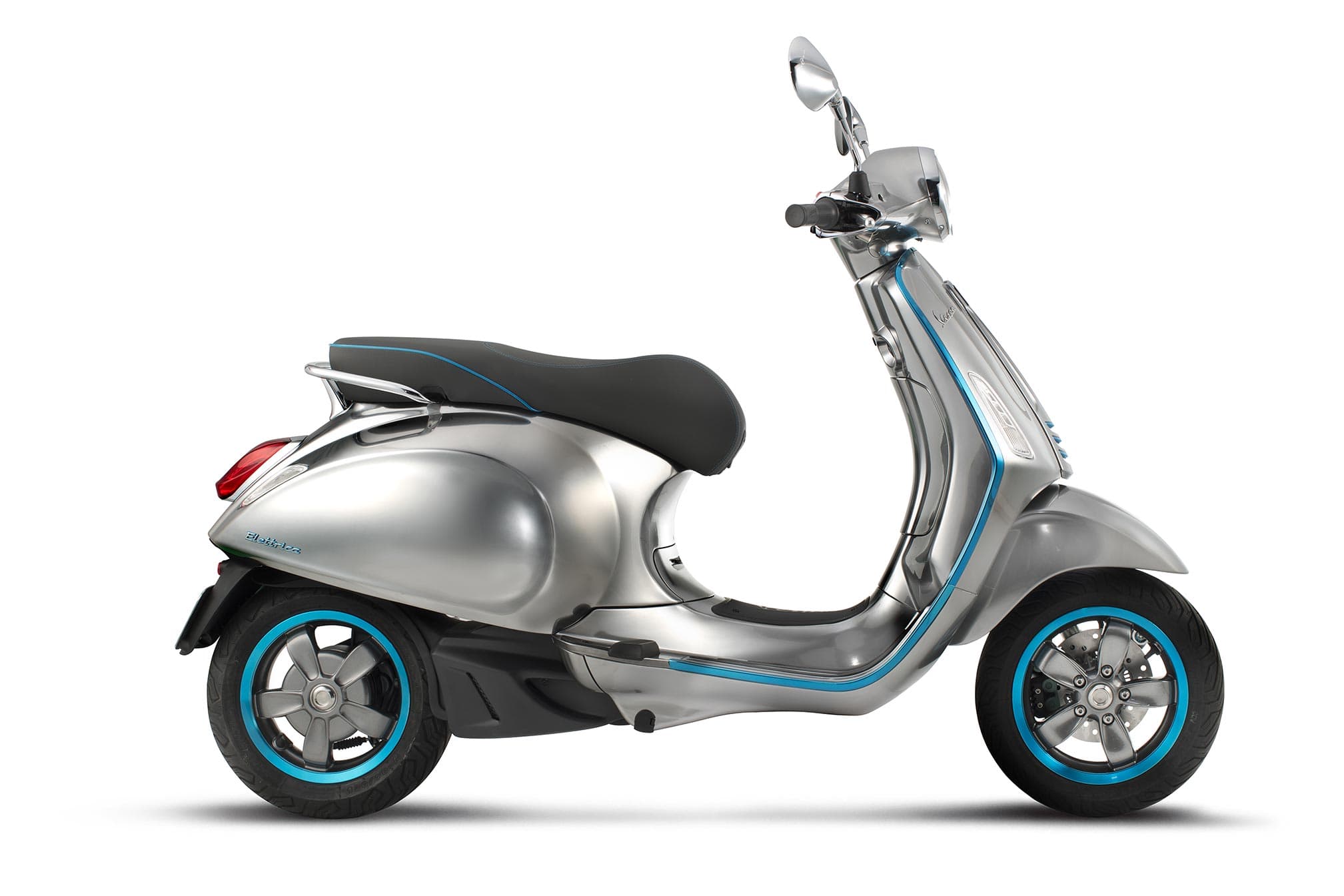 At the 75th International Cycle and Motorcycle Show (EICMA), The Piaggio Group — the Italian motorcycle maker behind the classic Vespa — finally revealed the initial design and details for its planned electric scooter. Dubbed the Vespa Elettrica (which is simply Italian for "electric Vespa"), the concept for this new, stylish scooter was previously announced at last year's EICMA.

"Vespa Elettrica is not just an electric scooter, it is Vespa Elettrica," according to a Piaggio press statement that accompanied the launch. The company added that it's "a contemporary work of art with a technological heart."

Read This Next
Remember Donald?
Donald Trump Goes on Bizarre Rant Against Electric Cars
Dam Straight
China Says It's 3D Printing a 590-Foot Hydroelectric Dam With Zero Human Labor
Fusion Update
Chinese Scientists Say They've Discovered Cheap New Way to Do Nuclear Fusion
Brands We Love
Adding Solar Power to Your Home Is Complicated. But It Doesn't Have to Be.
Piercing The Hype
If Graphene Batteries Do Everything Scientists Say, They Could Be a Gamechanger
More on Earth & Energy
Rock Battery
Yesterday on the byte
Researchers Successfully Turn Abandoned Oil Well Into Giant Geothermal Battery
Do The Worm
Friday on the byte
Scientists Name "Funky Worm" Amphibian After a Weird 70s Funk Song
Cow Chow
Thursday on the byte
Bill Gates Gives $12 Million to Flatulent Australian Cows
READ MORE STORIES ABOUT / Earth & Energy
Keep up.
Subscribe to our daily newsletter to keep in touch with the subjects shaping our future.
+Social+Newsletter
TopicsAbout UsContact Us
Copyright ©, Camden Media Inc All Rights Reserved. See our User Agreement, Privacy Policy and Data Use Policy. The material on this site may not be reproduced, distributed, transmitted, cached or otherwise used, except with prior written permission of Futurism. Articles may contain affiliate links which enable us to share in the revenue of any purchases made.
Fonts by Typekit and Monotype.