This Ultra-Advanced Electric Bike Offers the Best of All Worlds 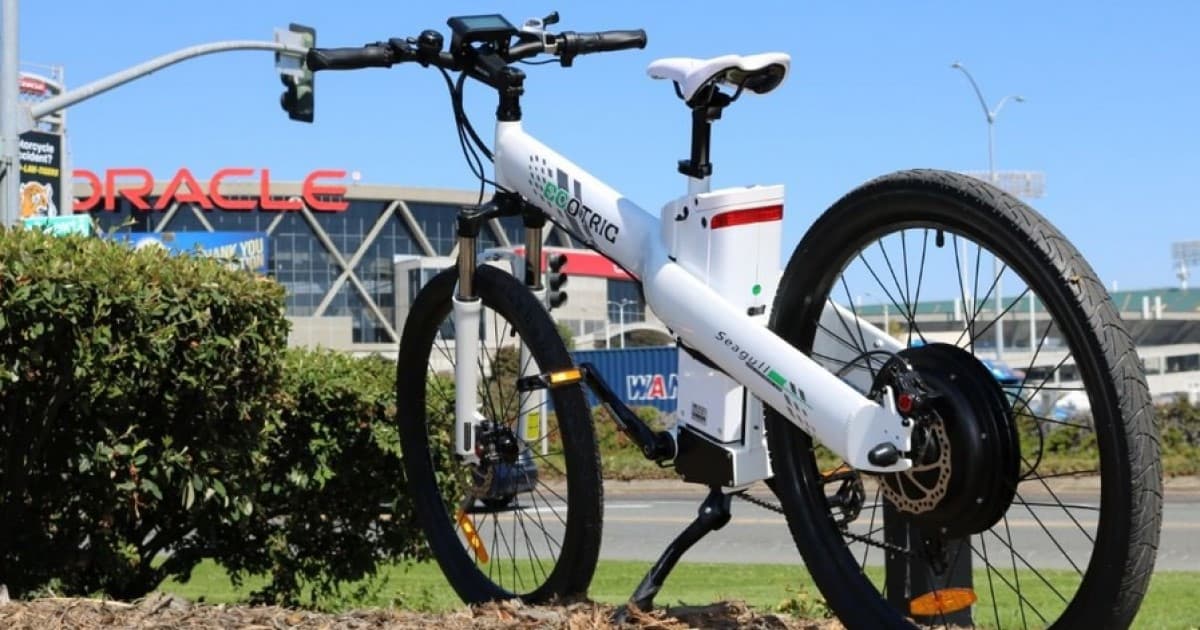 The electric bike is having its moment. Given the economic and environmental benefits compared of ebikes compared to cars and motorcycles, not to mention the benefits of speed and reduced physical labor compared to traditional bicycles, it's not so hard to see why. So if you're thinking of taking the plunge yourself, the FAT20S900-MB 48V folding fat electric bike from Ecotric is one of the best you can get. Not only is it fun, comfortable, and easy to ride, but it also folds up for easier storage and transport.

Featuring both pedal assist and on-demand throttle modes, the Ecotric FAT20S900-MB 48V will take you virtually anywhere you need to go. Challenging terrain and rough roads will become child’s play under its 20" x 4" tires. It can conquer steep hills as well as tough terrain including mud, snow, dirt, sand, and anything else you’re likely to encounter, with relative ease. But it’s also practical enough for everyday trips to the grocery store and for other daily errands.

The Ecotric FAT20S900-MB 48V boasts a 500-watt electric motor with a removable 48-volt 13Ah lithium battery, which together can send you speeding along at up to 20 miles per hour. That's more than enough speed and power to get you wherever you’re going, no matter what’s in your way.

Aerodynamically designed and constructed from sturdy aluminum alloy, this Ecotric ebike is built to last and absorb all manner of punishment. And as you can see, it looks pretty cool, too. It weighs in at 55 pounds, but it can be folded and stored in the trunk of your car or even under your desk at work without taking too much space. The removable battery takes between five-and-seven hours to charge.

Another cool feature of the Ecotric FAT20S900-MB is the LCD screen, which can deliver important data on speed and battery power to the rider in a visually efficient manner. No Netflix, though, so keep your eyes on the road (or trail). The screen also has a USB port that lets you charge your phone while you’re riding, which is yet another reason for you to leave the car at home.

The FAT20S900-MB from Ecotric is ergonomically designed and comes 90-percent pre-assembled. And you can get yours now with free shipping and handling and a generous 30-day at-home trial window. Plus, it comes with a two-year warranty.

If that sounds like something you might be interested in, head over to the official Ecotric online store here to get more information on the FAT20S900-MB 48V, today.

Read This Next
Brands We Love
5 Ways an Electric Bike Will Change Your Life
Bumper Drones
Cargo Drones Have One Problem: Not Crashing Into Things
Public Trust
Just 19 Percent of Americans Trust Self-Driving Cars With Kids
Riot Gearheads
New Toyota Patent Would Let Cars Spray Thieves With Tear Gas
Invisible Hand
Warren Buffett: "Electric Cars Are Very Much in America's Future"
More on Advanced Transport
Netflix and Drive
Yesterday on futurism
Mercedes Claims to Have Achieved Level 3 Automation, Beating Tesla
Battery Trouble
Yesterday on the byte
Tesla "Spontaneously" Bursts Into Flames While Driving Down Freeway
High Tide
Jan 27 on the byte
We’re in Awe of Amsterdam’s Huge Underwater Bike Parking Garage
READ MORE STORIES ABOUT / Advanced Transport
Keep up.
Subscribe to our daily newsletter to keep in touch with the subjects shaping our future.
+Social+Newsletter
TopicsAbout UsContact Us
Copyright ©, Camden Media Inc All Rights Reserved. See our User Agreement, Privacy Policy and Data Use Policy. The material on this site may not be reproduced, distributed, transmitted, cached or otherwise used, except with prior written permission of Futurism. Articles may contain affiliate links which enable us to share in the revenue of any purchases made.
Fonts by Typekit and Monotype.