How Likely is it That Earth Will Experience an Impact Event? 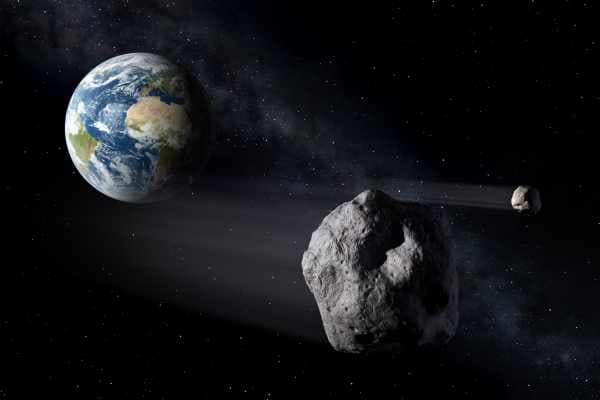 Over the years, we've heard a number of news stories that sound something like this: "Astronomers just found an extremely large, global killer - an asteroid that will skim just past the Earth tomorrow." And then you open the article and it says, "But scientists say that it is no danger to our planet." One example is Asteroid 2014RC, which passed us back in 2014; however, there are literally hundreds of other stories just like this. Ultimately, one could devote their entire science writing career to debunking just these articles.

But how much are these stories hyped? Is Earth at (a serious) risk for unexpected flybys and maybe even a major impact event?

Honestly, the answer kind of goes both ways.

We know that smaller asteroids coming out of nowhere are a real threat, mostly because we can't see them and anticipate their arrival. And unfortunately, in addition to those that pass by harmlessly every single day, there are asteroids that actually hit us, as seen by the Chelyabinsk asteroid that struck us in 2013 (you know, the asteroid that blew up over Russia and was first detected by weather satellites only after it entered the atmosphere?).

Asteroids similar to this that, if they hit just in the right (or rather, wrong) location, could cause a significant amount of damage and loss of life. If such an asteroid hit a major city, such as New York or Tokyo, it could have a pretty significant impact the entire world economy.

Fortunately, most of the planet is covered in water, so it is far more likely that impact events will occur in unpopulated areas.

To offer a bit more perspective, Alan Duffy from the Swinburne University of Technology, weighed in on the asteroid problem with ScienceAlert, "While NASA believes it has found over 90 percent of the dinosaur-killing sized asteroids of 1 kilometre and larger, these smaller 'city'-killers are far harder to find and we've seen only a few thousand of the expected 1 million objects that pass the Earth. On average we find a new asteroid each month, so there's a long way to go. The reason these asteroids are so hard to spot is because they’re often coal black, so they reflect very little light and are billions of times fainter than the Moon."

Ultimately, research published in Meteoritics and Planetary Science says that we can expect smaller collisions like this every 20 to 30 years.  That would mean the next Chelyabinsk event would happen somewhere around the 2030s.

To give a timeline for "larger" impact events, asteroids around 200 meters (not quite global killers) are expected to hit us every 100,000 years or so. This impact event would be very bad for life as we know, it causing devastation on land or terrifying tsunamis (if it hits the water).  An extinction impact event, similar to the one that took out the dinosaurs, is expected to hit Earth every few hundred million years.

Fortunately for us, we'd probably see an asteroid that size coming and, given enough warning, we could probably stop the impact from happening altogether. In this respect, the smaller "city-killers" are a bit more worrisome.

So, what's the solution? With the exception of increasing our monitoring, there isn't a whole lot we can do in the near-term. There is always a chance, regardless of our preparation, that an asteroid will hit us out of the blue. But, that can be reduced (and is being reduced) with increased efforts to monitor the sky and search for these menaces.