"I think they should regulate them very, very high." 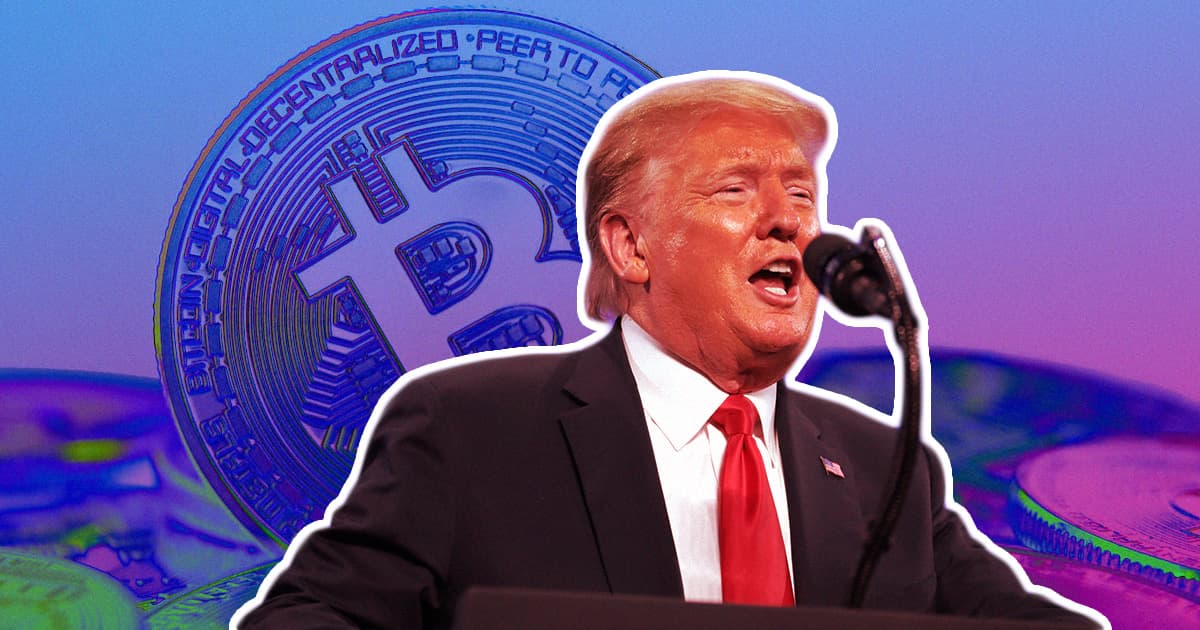 Maybe it takes one to know one.

Former president Donald Trump told Fox Business today that Bitcoin "seems like a scam" and that it only serves to undermine the US dollar.

"The currency of this world should be the dollar," Trump said. "And I don't think we should have all of the Bitcoins of the world out there. I think they should regulate them very, very high."

"I don’t like it because it’s another currency competing against the dollar," the former world leader and current golf club resident continued. "I want the dollar to be the currency of the world."

Many would say it's ironic for Trump to call Bitcoin a scam, since he has himself long been embroiled in a number of money-laundering controversies, with suspicious transactions regularly taking place amongst his closest ranks and family members.

Despite Trump's views, though, the US government has made little effort to regulate cryptocurrencies within the US financial system.

The new Securities and Exchange Commission chairman Gary Gensler has indicated, however, that regulators may soon start to have a closer look at crypto exchanges to protect markets and the public from manipulation.

Trump's comments echo those made by many regulators who believe Bitcoin's inherent volatility makes it a poor fit for a national currency — or at least one that could determine the fate of a country's markets.

Then there's the fact that Bitcoin has a less-than-stellar reputation thanks to criminals and scammers making use of the digital currency. In fact, Bitcoin has quickly become the default "ransom payment of choice" amongst cybercriminals, as senator Roy Blunt (R-MO) called it in a Sunday appearance on NBC.

With the rise of Bitcoin over the last year, the Federal Trade Commission has taken note of a considerable rise in the number of crypto scams, with consumers losing almost $82 million to scammers in the fourth quarter of 2020 through the first quarter of 2021, the The Wall Street Journal reported.

That kind of behavior hasn't deterred staunch supporters of cryptocurrencies. Advocates argue that it's a good thing that the tech's decentralized nature keeps it largely free from the influence of banks and Wall Street.

But as we've seen time and time again, that volatility has often been steered by comments made by a select few.

For instance, Tesla CEO Elon Musk's utterances have repeatedly sent the digital currency soaring — and sometimes crashing back down again, as when his car company Tesla announced it would reverse its decision to accept Bitcoin as a form of payment.

Trump appears to have far less influence over the fate of Bitcoin compared to Musk. Prices fell from around $36,500 at 9 am this morning to around $35,600 at the time of writing.

While regulators aren't exactly thrilled by the rise of blockchains, Bitcoin is increasingly starting to be accepted worldwide. In fact, Trump's comments come just days after El Salvador announced it will start accepting Bitcoin as legal tender alongside the US dollar — the first-ever sovereign nation to do so.

So where does that leave the US dollar? To many, Trump included, the rise of Bitcoin is a direct threat to it, since it has been the de facto currency used in international transactions, and the official currency in several countries, for decades.

Now more than ever, it's unclear what the future will hold for fiat currency like it. The Federal Reserve announced last month that it will release a research paper this summer exploring a shift towards a central bank digital currency.

While it's exceedingly unlikely the Reserve will come forward with a new currency that bears any resemblance to Bitcoin, we've seen indications from several areas of the world that the future of currencies is digital first.

China, the second largest country in the world in terms of GDP after the US, announced its own plans to launch its own central bank digital currency.

Will the US dollar survive the rise of digital-first currencies? Given the repeated calls for protectionist policies and regulations, it's certainly a bigger threat than it has ever been.

More on Bitcoin: This Country Plans to Be the First to Accept Bitcoin as Legal Tender

Read This Next
Regulating Crypto
Hillary Clinton Calls Out Crypto Exchanges for Letting Russia Bypass Sanctions
Bye Bye Baby
Lawyer for Crypto Laundering Rapper Says She Won't Flee Because of Her Frozen Embryos
Bitcoin & Clyde
Feds Arrest Crypto CEO for Bitcoin Laundering, But Her Real Crime Was Against Rap Music
HODL Problems
An Entire Country Switched to Bitcoin and Now Its Economy Is Floundering
Bitcoin Disease
Ex-Crypto Backer: Bitcoin Is a "Contagious Disease" and It's About to Get Nasty
More on Future Society
Down in Flames
Yesterday on the byte
Elon Musk Apparently Thinks Twitter Is a "Flaming Dumpster Rolling Down the Street"
All Tomorrow's Pa...
Yesterday on the byte
Party Startup Says It Has Zero Plans to Make Any Money With Investors' Funds
Primate Theft
Tuesday on the byte
It Was a Very Bad Weekend for Monkeys Being Stolen From Zoos, Apparently
READ MORE STORIES ABOUT / Future Society
Keep up.
Subscribe to our daily newsletter to keep in touch with the subjects shaping our future.
+Social+Newsletter
TopicsAbout UsContact Us
Copyright ©, Camden Media Inc All Rights Reserved. See our User Agreement, Privacy Policy and Data Use Policy. The material on this site may not be reproduced, distributed, transmitted, cached or otherwise used, except with prior written permission of Futurism. Articles may contain affiliate links which enable us to share in the revenue of any purchases made.
Fonts by Typekit and Monotype.