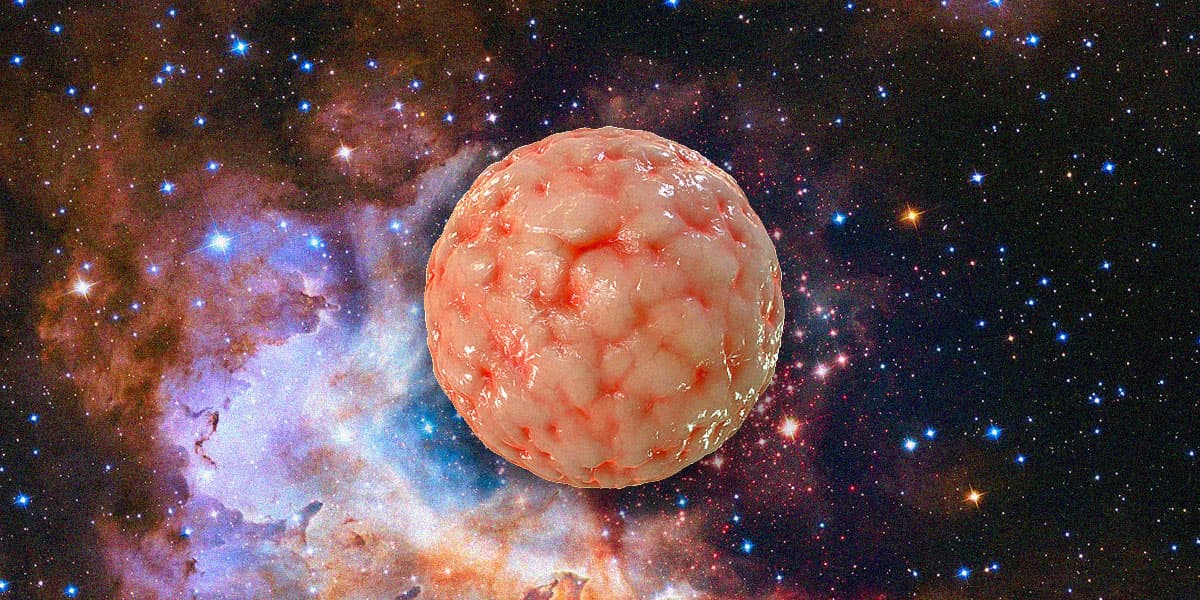 Here's a question you probably haven't asked yourself: what would happen if you threw all 7.88 billion humans on Earth into one gigantic blender and extracted the resulting goo of viscera into the shape of a ball?

Fortunately, Redditor kiwi2703 took some valuable time out of their day to calculate the dimensions of said gore ball.

The result: a giant, nightmarish — yet perfectly spherical — clump of guts almost one kilometer in diameter. Kiki2703 helpfully put the size of the ball  into perspective by rendering it hovering over Central Park in New York City.

"That's one big meatball," a different Redditor chimed in.

Did they get the math right? According to our back-of-the-envelope calculations, it just about checks out.

If the density of a human being is 985 kg/m³ — humans are almost entirely water, which has a density of 1,000 kg/m³ — and the average human weighs 62 kilograms, you could squeeze about 16 humans into a cubic meter.

It's a terrifying thought.

"I'm in this photo and I don't like it," another Redditor responded to the grizzly render.