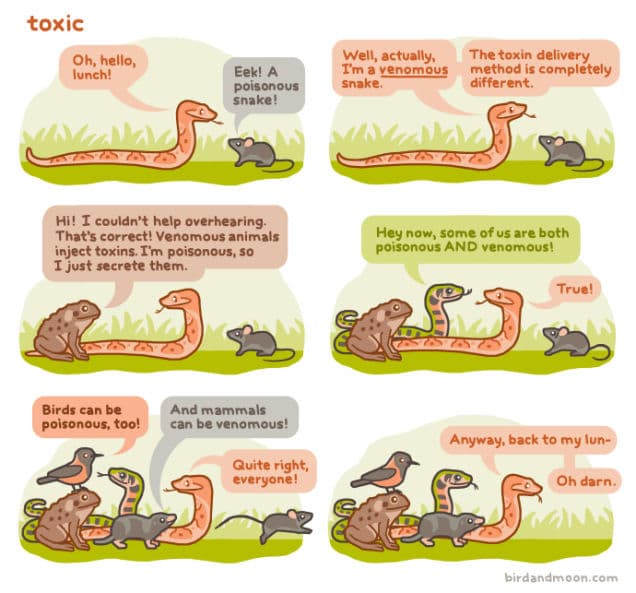 We have done a number of posts on horrifying animals, plants, and other organisms that have the ability to kill you without any effort. Of course, many creatures that we have covered are not amazingly large monstrosities that will swallow you whole; rather, some of the planet’s fiercest predators are minuscule organisms that kill with poison…or is it venom…toxins?

Ultimately, word choice matters. Although most people use the terms interchangeably, the words are not, in fact, interchangeable (at least as far as English scientific terminology is concerned).

Here, Science and nature cartoonist Rosemary Mosco, from Bird and Moon, uses her talents to explain the difference between venom and poison in just one short comic. Now, if your final words are going to be something like, “I was attacked by a venomous horror!!!” you can rest soundly knowing that your last words were backed by sound science...

What Is the Difference Between Venom, Poison, and Toxins?