Venomous vs Poisonous: What Is the Difference Between Venom, Poison, and Toxins? 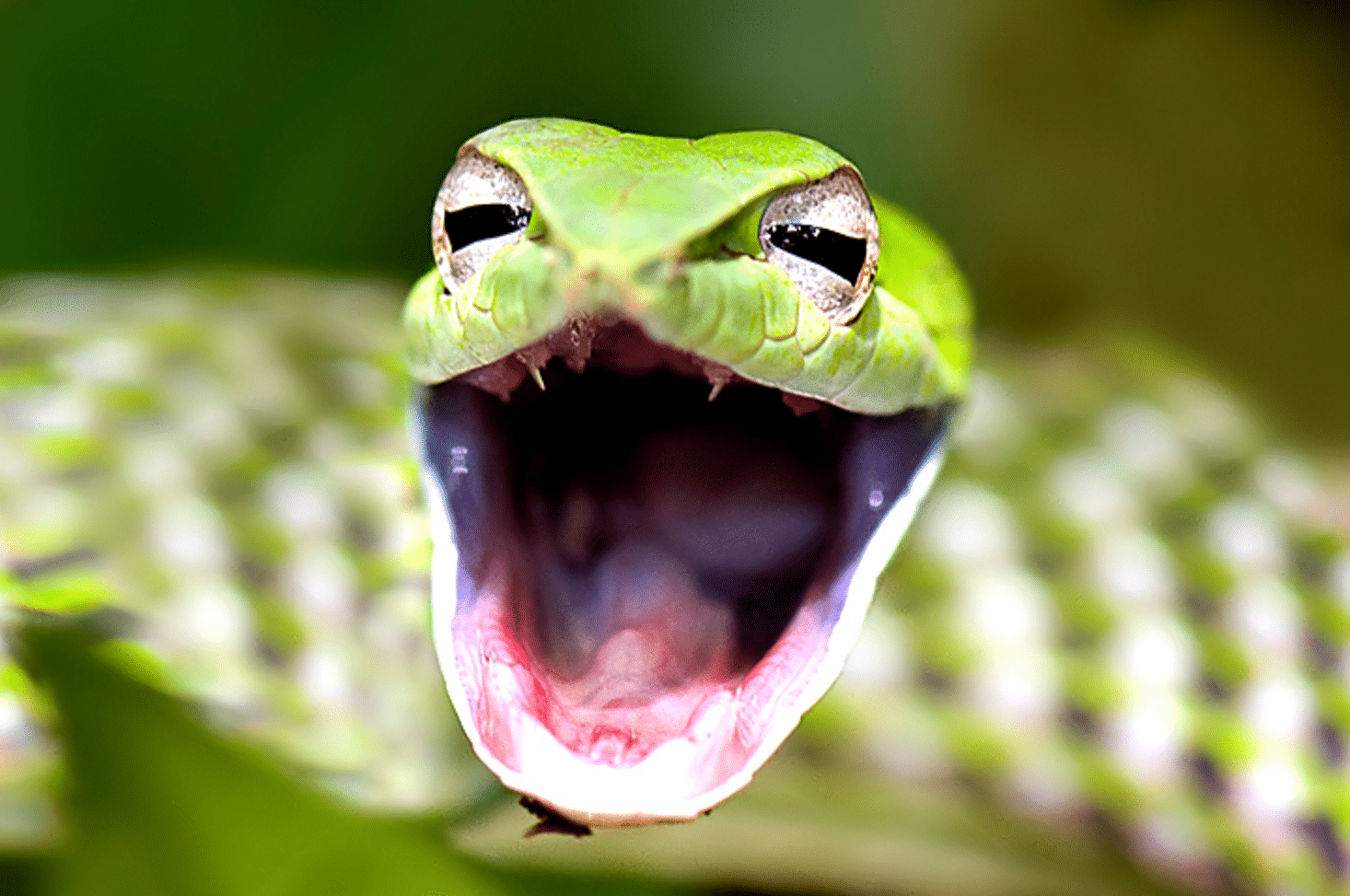 We have done a number of posts on horrifying creatures, plants, and other organisms that have the ability to kill you. Of course, many creatures that we have covered are not amazingly large monstrosities that will swallow you whole; rather, some of the planet’s fiercest predators are minuscule organisms that kill with poison…or is it venom…toxins?

Ultimately, word choice matters. Although most people use the terms interchangeably, the words are not, in fact, interchangeable.

True, if you are dying because some unknown organism just latched on to your foot and injected you with some horrible mix of chemicals, your primary concern is probably not going to be, “was that thing venomous or poisonous?”

And honestly, when you call for emergency medical assistance, they probably aren't going to nitpick your word choice if you tell them, "I was just bitten by a poisonous snake!" However, personally, I don’t want my last statement to be a scientifically inaccurate one. And I am guessing that, since you are here, you likely don’t want that either.

So let’s take a moment to distinguish venomous creatures from poisonous ones. That way, if your final words are going to be something like, “I was attacked by a venomous horror!” you can rest peacefully knowing that your final words were backed by sound science.

The quick and dirty way to separate venomous creatures from poisonous ones is by thinking about bites: If you bite it and die, it is poisonous; if it bites you and you die, it is venomous.

But to break things down a bit more: To deliver their chemicals, venomous creatures bite you—they actively inject their deadly mixture into other organisms (via fangs, spines, stingers, or similar methods of delivery). For example, consider Oxyuranus microlepidotus (the inland tipan). This snake is generally believed to have the deadliest venom of any known creature. If this snake bites you, things will go downhill very quickly.

A single drop of the inland taipan's venom can kill 250,000 mice or 100 adult humans. Fortunately, the snake is a bit on the shy side, and so it tends to avoid any contact with humans.

Another horrifyingly venomous snake is Dispholidus typus, the boomslang. The average size of these creatures is 1 to 1.6m (3.2 to 5.2 feet). And while many snakes have fangs and mouths that are too small to pose a danger to humans, this is certainly not the case with the boomslang. These creatures are able to open their jaws more than 170 degrees in order to bite their prey. What's more, the venom of the boomslang is a hemotoxin. This means that it disables the body's clotting process...meaning that the unfortunate victim will likely die as a result of internal and external bleeding, unless medical treatment is administered. The venom is also known to induce hemorrhaging in muscle and brain tissues (not so fun times).

In 1957, eminent herpetologist Karl P. Schmidt died just 24 hours after being bitten by a boomslang. Although he had time to seek medical assistance and try to administer an antivenom, at the time, rear-fanged creatures were not believed to be a serious threat. Consequently, Schmidt went about his daily business. 24 hours later, he was found dead from respiratory arrest and a cerebral hemorrhage. That said, the boomslang is also a rather shy snake, and bites are exceedingly rare (however, if you are ever bitten by any animal, seek medical attention as soon as possible).

If you are looking for a more scientific way to define venomous creatures, according to Trends in Ecology and Evolution, venom is:

A secretion, produced in a specialised gland in one animal and delivered to a target animal through the infliction of a wound 'regardless of how tiny it could be,' which contains molecules that disrupt normal physiological or biochemical processes so as to facilitate feeding or defense by the producing animal.

Conversely, poisonous creatures secrete their harmful chemicals (often, through their skin). In other words, a poisonous creature can only deliver its toxins if you (or another unwary creature) eats it or touches it. For example, let's look at the poison dart frog (from the Dendrobatidae family). These guys are rather small, measuring in at just 2 inches (5cm). However, this tiny amphibian has enough poison to kill an estimated 20,000 mice (or about 10 adult humans).

Like many other poisonous creatures, scientists believe that the poison dart frog gets its deadly concoction from its environment. Research suggests that the frog eats insects that carry the poison, and that these insects get their poison from plants.

According to Oxford Dictionaries, "poisonous organisms" can be defined rather simply:

An organism that produces toxins that are harmful when the animal or plant is touched or eaten.

Notably, there are creatures that are poisonous and venomous. And as a final point in the discussion of poison and venom, there is a difference between talking about "poisonous creatures" and "poisons." "Poison" actually has a rather broad definition; it is simply any chemical substance that causes a biological disturbance in other organisms.

So What Are Toxins?

Unlike venom and poison, the word "toxin" is not defined by a specific method of delivery. Rather, a toxin has a broader meaning. It is a biologically produced chemical substance that impacts biological functions in other organisms. In this respect, anything that is synthesized (by humanity or other intelligent life) is not considered a toxin.

Rather, a "toxicant" is a chemical substance that is synthesized/produced by human activity. In short, toxins and toxicants are narrower definitions for the word "poison."

Cue "the more you know" music.