Did You Know: How the Moon Smells 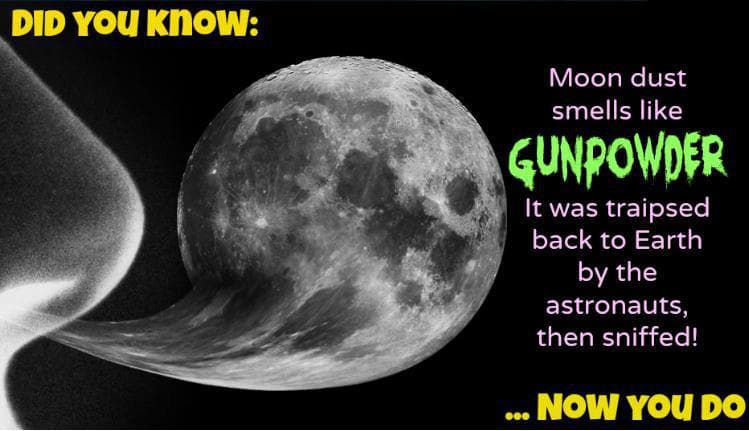 Moondust. "I wish I could send you some," says Apollo 17 astronaut Gene Cernan. Just a thimbleful scooped fresh off the lunar surface. "It's amazing stuff."

How do you sniff moondust?

Every Apollo astronaut did it. They couldn't touch their noses to the lunar surface. But, after every moonwalk (or "EVA"), they would tramp the stuff back inside the lander. Moondust was incredibly clingy, sticking to boots, gloves and other exposed surfaces. No matter how hard they tried to brush their suits before re-entering the cabin, some dust (and sometimes a lot of dust) made its way inside.

This posed a number of health risks to the astronauts, since moon dust is much sharper and more dangerous than dust found here on Earth. But, in the end, astronauts found that the moon smelled like gunpowder.

If you could smell different regions of the galaxy, you'd find a large number of intoxicating aroma. Learn more about The Many Strange Smells of Space.