Did NASA Find an Alien and it's Shadow on the Moon? 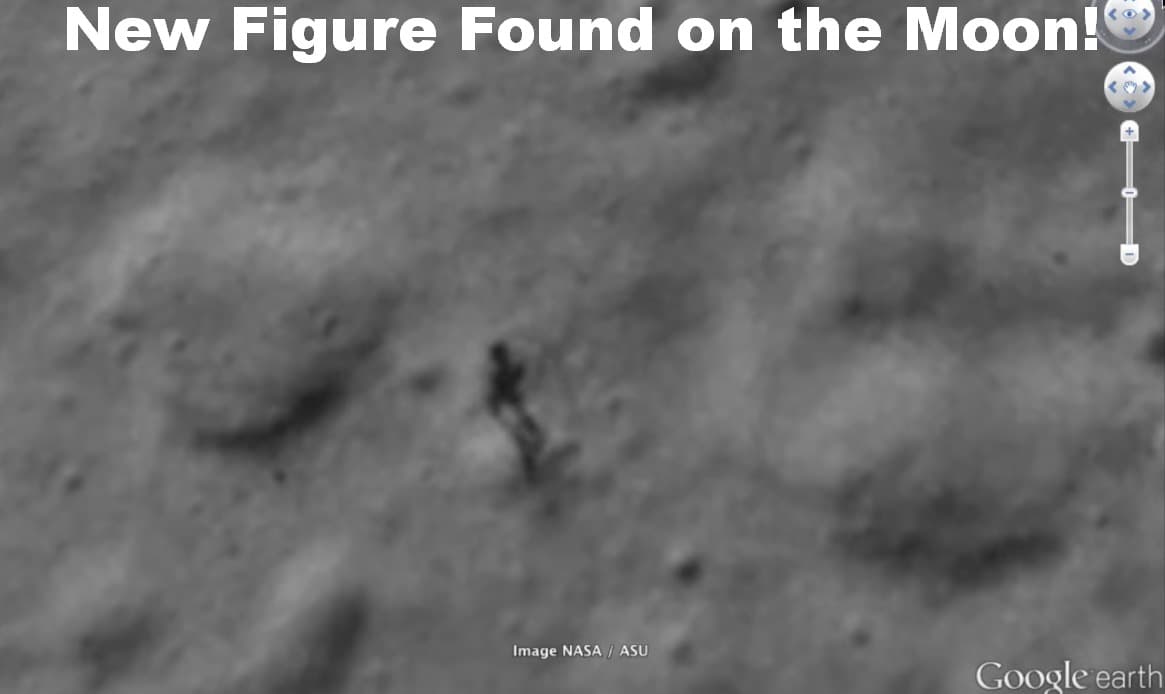 Look at this picture. If you're like me, you see what appears to be a human-like shadow stretching across the moon. This figure was first spotted by YouTube user Wowforreeel while looking at Google Moon. Since the discovery of this shadowy figure, the internet has exploded with speculation about what it is.

The predictable theory is the figure shows a life-form and it's shadow. My favorite explanation is the shadow is actually created by a statue from Ancient Greece. Some sites have suggested that the shadow is being cast by the famous "The Colossus of Rhodes," which was (allegedly) destroyed by an earthquake which caused it to fall into a harbor in 226 BCE. Thus far, I haven't seen anyone attempt to explain how the ancient Greek statue got to the moon, but, then again, some sites, such as The Examiner, actually told it's readers to suspend logical thought before they examined the image.

Of course, the shadow might be explained in a number of ways, particularly as a trick of light or a camera lens glitch.

But, if those explanations are ruled out, it still leaves the question of what this object is, since it appears to be rising a great distance from the surface of the Moon.

Yes, because using logic when trying to understand what we're looking at sucks the fun out of life.

So, what is this shadow and or figure? It's probably a trick of pareidolia. The cliff notes explanation is pareidolia is a psychological phenomenon where people tend to find significance and meaning in an otherwise random collection of shapes. The shadow is likely cast by any number of geological anomalies on the lunar surface.