Detecting Extraterrestrial Life From Its Vibrations 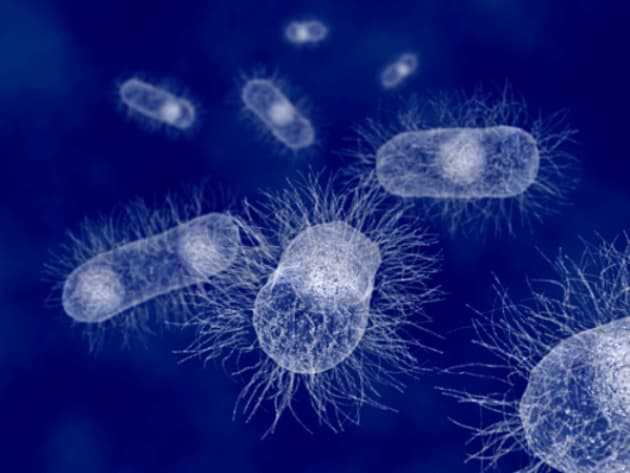 Looking for life on other planets is not straightforward. It usually relies on chemical detection, which might be limited or even completely irrelevant to alien biology. On the other hand, motion is a trait of all life, and can be used to identify microorganisms without any need of chemical foreknowledge. EPFL scientists have now developed an extremely sensitive yet simple motion detector that can be built easily by adapting already-existent technology. The system has proven accurate with detecting bacteria, yeast, and even cancer cells, and is considered for the rapid testing of drugs and even the detection of extraterrestrial life. The work is published in the Proceedings of the National Academy of Sciences (PNAS).

Giovanni Dietler, Sandor Kasas and Giovanni Longo at EPFL have developed a motion detector that uses a nano-sized cantilever to detect motion (see the image on the right for a macro example). A cantilever is essentially a beam that is anchored only at one end, with the other end bearing a load. The cantilever design is often used with bridges and buildings, but here it is implemented on the micrometer scale, and about 500 bacteria can be deposited on it.

The idea comes from the technology behind an existing microscope, the atomic force microscope. This powerful microscope uses a cantilever to produce pictures of the very atoms on a surface. The cantilever scans the surface like the needle of a record player and its up-and-down movement is read by a laser to produce an image.

The motion sensor the Dietler and Kasas developed works the same way, but here the sample is attached on the cantilever itself. For example, a bacterium attaches to the cantilever. If the bacterium is alive, it will inevitably move in some way, e.g. move its flagellum or simply carry out normal biological functions. That motion also moves the much smaller and sensitive cantilever and it is captured by the readout laser as series of vibrations. The signal is taken as a sign of life.

The EPFL scientists successfully tested their novel system with isolated bacteria, yeast, mouse and human cells. They even tested soil from the fields around the EPFL campus and water from the nearby Sorge river. In each case, they were able to accurately detect and isolate vibration signatures from living cells. When they used drugs to kill anything alive, the motion signals stopped.

"The system has the benefit of being completely chemistry-free," says Dietler. "That means that it can be used anywhere — in drug testing or even in the search for extraterrestrial life." The scientists envision a large array of cantilever sensors used in future space exploration probes like the Mars rover. As it relies on motion rather than chemistry, the cantilever sensor would be able to detect life forms in mediums that are native to other planets, such as the methane in the lakes of Titan.

However, the more immediate applications of the cantilever system are in drug development. Used in a larger array, the cantilevers could be covered with bacteria or cancer cells and incubated with various drug compounds. If the drugs are effective against the attached cells, the motion signals would decrease or stop altogether as the cells die off. This approach would be considerably quicker than current high-throughput systems used in by pharmaceutical companies when looking for candidate antibiotics or anticancer drugs.

"This is really the next step," says Dietler. "But we're still calling ESA and NASA to see if they're interested."