Build your video skills with this bundle of training courses that's on sale for just $30. 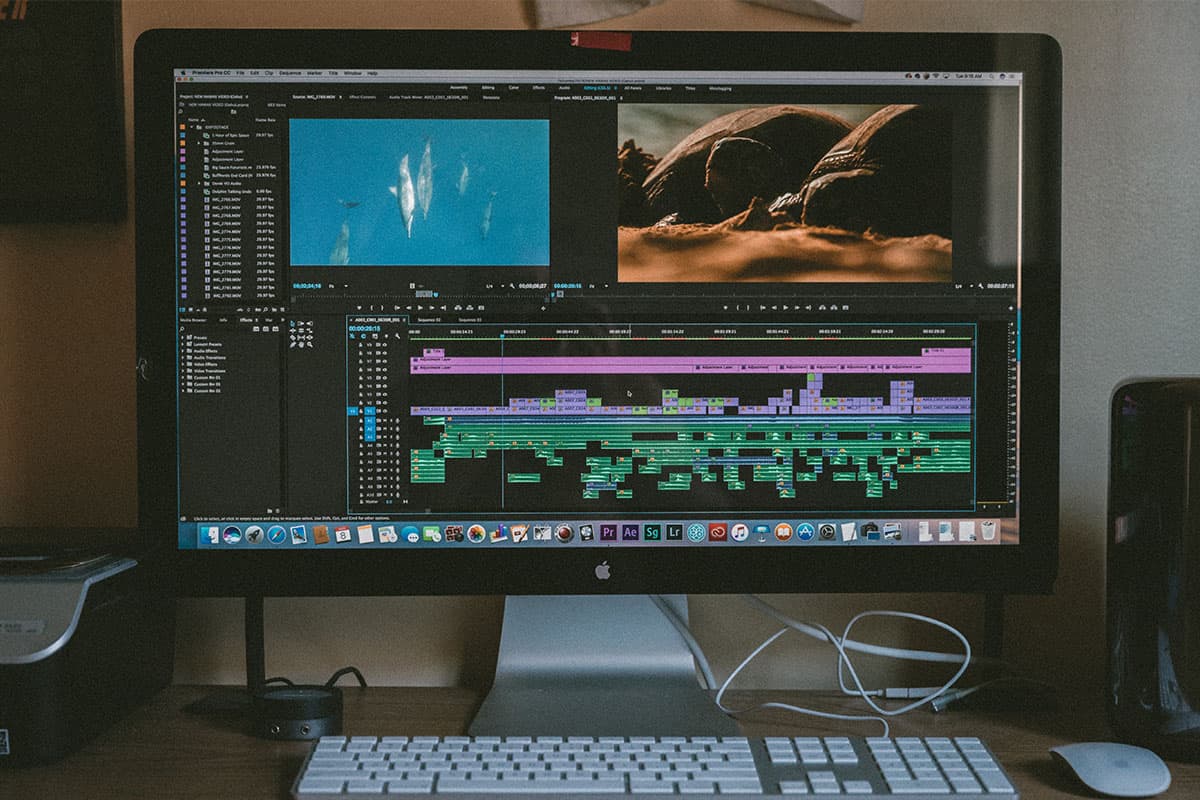 When YouTube first launched in 2005, nobody was quite sure what it would become. Fifteen years later, governments are arguing over who gets to own a social network mostly concerned with dance videos and we're all communicating via Zoom. Video is now part of how we laugh, how we work, and how we get through the day, and learning to make better videos is becoming a skill for everyone.

The Adobe Premiere Pro CC Video & Audio Production Course, just $29.99 for a limited time, bundle brings what was once the province of film schools and videographers to everyone. Whether you're looking to add a line to your resume, or just want more likes on your TikTok feed, this will help you polish up your video.

Premiere Pro CC is what industry types call a "non-linear editor," or NLE. Before computers became powerful enough to edit video, editing meant sifting through either piles of film or "scrubbing" (fast-forwarding and rewinding) through videotape after videotape, writing down the exact time for the clip you wanted, and then recording that, and only that, to a video, or laboriously trimming out the frames you wanted and pasting it onto a reel.

The arrival of NLEs like Premiere Pro both saved time and aggravation. They're "non-destructive;" instead of permanently altering what was shot, giving you only one chance at a good edit, you can simply copy the footage and work off of that. They're also visual, so you can see and watch the entire project at once, catching mistakes and tweaking as you go.

These courses teach by doing; you'll access a collection of "assets" including audio, video, and filters, which you'll trim and shape into a professional video, learning by following with the teacher. So if you've never cut a video before, you can start with "Adobe Premiere Pro CC: Essentials Training Course" and learn to trim and match your edits, before moving onto the more advanced editing work.

Ever see a video you've shot and wondered why at one moment, everyone looks blue, and at another, everyone looks red, even though to your eyes they all look the same? That's thanks to a quirk of physics known as color temperature, the enemy of editors everywhere.

The masterclasses in this course, such as "Complete Adobe Premiere Pro Video Editing Course: Be a Pro!" will show you how to master color correction, so your videos always look good, and color grading, where you use color effects to change the emotion of a scene.

You'll also learn how to use transitions, from Star Wars-esque wipes to fades, what they communicate to the viewer, add titles and text, and even special effects and green screen work.

Finally, you'll learn about the importance of audio in video. "Audio Mixing + Processing Voice in Adobe Premiere Pro CC" will show you all of the powerful audio tools Premiere Pro gives you as an editor, from removing annoying background noise to "sweetening" voices. It'll also show you how to mix audio so your soundtrack doesn't drown out your subject, and even how to edit audio to better match your video, so you can cut out the "ums" and "ahs" from your work.

Whether you just want your family memories to look better, or are looking to launch a career in one of the many disciplines video editing is key to, the Adobe Premiere Pro CC Video & Audio Production Course Bundle, for just $30, will give you the skills you need.

Read This Next
Brands We Love
Deliver Elegant Apps With The Prestige Adobe Suite UI/UX Certification Bundle
Brands We Love
Back-Up Everything In Your Life With 10TB Of Cloud Storage That's 95% Off
Brands We Love
Get Ahead With The Complete 2020 IT Certification Exam Prep Mega Bundle
Brands We Love
Master One Of The Essential Coding Languages For Just $36 With This Java Bootcamp Bundle
Brands We Love
Build A Coding Career With The 2020 Ultimate Web Developer and Design Bootcamp Bundle
More on Hard Science
Warped Tour
Thursday on futurism
Professor Believes Door to Warp Drive May Lie With Ethylene Glycol
Sky Bursts
Thursday on the byte
Astronomers Intrigued by 25 Mysterious Repeating Radio Signals From Deep Space
Tractor Beam
Jan 26 on the byte
Scientists Build Working Tractor Beam, Although It's Comically Tiny
READ MORE STORIES ABOUT / Hard Science
Keep up.
Subscribe to our daily newsletter to keep in touch with the subjects shaping our future.
+Social+Newsletter
TopicsAbout UsContact Us
Copyright ©, Camden Media Inc All Rights Reserved. See our User Agreement, Privacy Policy and Data Use Policy. The material on this site may not be reproduced, distributed, transmitted, cached or otherwise used, except with prior written permission of Futurism. Articles may contain affiliate links which enable us to share in the revenue of any purchases made.
Fonts by Typekit and Monotype.