The Coinmine One makes crypto mining easy and affordable. 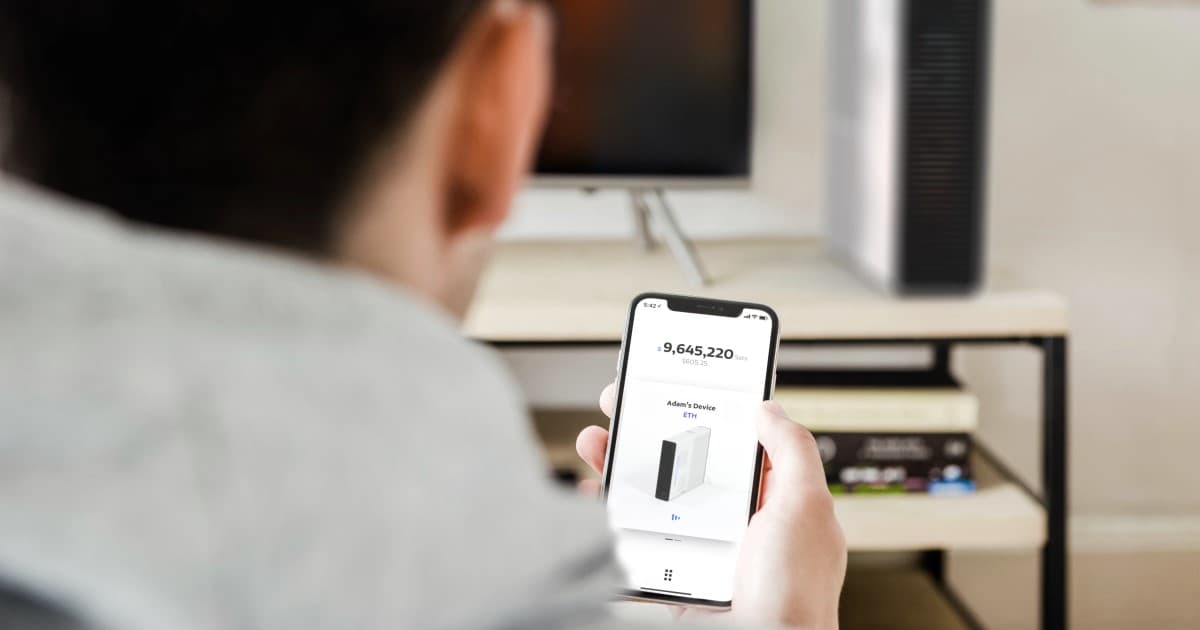 Ten years ago, anyone with a computer and an Internet connection could mine cryptocurrency. And that meant anyone with a computer and an Internet connection could take an active role in the democratization of money, while also creating a little bit of it for themselves. Unfortunately, crypto mining is not that simple anymore. The more successful a cryptocurrency becomes, the more computing power you need to mine it. As a result, mining currently requires specialized computers called mining rigs, not to mention the expertise and time to build and run them. That makes it very difficult for regular people to do. Luckily, a Los Angeles-based tech startup is out to flip this narrative and make mining cryptocurrency accessible again. They are called Coinmine, and their flagship product, the Coinmine One, is a total game changer for anybody who wants to mine cryptocurrency.

What Is Crypto Mining?

For those who need a little refresher about crypto mining, let’s start at the beginning. Cryptocurrency is basically digital money. In order to ensure that people can't simply duplicate their digital money, as well as ensure that digital money is safe from hackers, all transactions and ownership of cryptocurrencies like Bitcoin and Ethereum are recorded in public ledgers that anyone can see. Transactions are clumped together into “blocks” of data, and these blocks are then added to the end of an ever-expanding chain of other blocks containing all previous transactions. This is called the blockchain, it’s an ingenious cyber security solution that is literally changing the world.

So who performs the work of recording and verifying transactions, then adding blocks of them to the public ledger permanently? That task belongs to the cryptocurrency users called “miners.” But because people don't work for free, cryptocurrencies have built-in incentives to get people to do it. Every time a miner verifies a transaction, they get a small transaction fee. And every time a block gets added to the blockchain, a new currency is created and awarded to the owner of the computer that solved the math problem.

These days, you’re probably not going to build a fortune by mining popular cryptocurrencies like Bitcoin and Ethereum. The biggest mining paydays come when you solve the math problems that allow blocks to be added to blockchains. But you have to be the first one to solve it, and it's a race against millions of other miners. For Bitcoin, an individual computer's chances of being the first to solve a blockchain problem are about 1 in 13 trillion. To put that in perspective, you’re about 40,000 times more likely to win the lottery. However, there's still money to be made from verifying transactions. And over time, that can start to add up.

Where you can make a lot of money by mining is with newer, less established cryptocurrencies. Because there are fewer people mining them, there is less competition, and you earn more per block added. Units of newer cryptocurrencies won't be worth very much. But if you amass a lot, and the value rises over time, you stand to make a considerable chunk of virtual change.

Unfortunately, a lot of people missed the boat with Ethereum because mining was already too complicated for the average person. But now, thanks to the Coinmine One, you'll never have to miss out on the next big thing again.

The Coinmine One is a specialized mining computer called an Application-Specific Integrated Circuits, or ASIC. While there are plenty of other ASICs on the market, what sets the Coinmine One apart is its ease of use and its affordability. This powerful, quiet, energy-efficient device is easier to set up than a Playstation and costs less than a new iPhone. To set up the Coinmine One, all you do is plug it in, download the Coinmine app for your phone, create an account, connect the device to your wifi, and that's it. You are ready to start mining cryptocurrencies.

The Coinmine One can mine popular cryptocurrencies like Bitcoin and Ethereum. However, Coinmine founder Farbood Nivi insists the Coinmine One is as much about the future of mining as it is the present.

"It's about what's coming,” Nivi explained to the Los Angeles Times, "and not missing out on the new promising networks like you missed out on bitcoin and ethereum in the early days." That's why, in addition to Bitcoin and Ethereum, the Coinmine One can also mine newer cryptocurrencies like Monero, Grin, and Zcash. And the plan is to add other up-and-coming cryptos as they pop up.

Of course, while waiting around for the next crypto gold rush, the Coinmine One still offers a lot of perks for Bitcoin users. For starters, it lets you earn bitcoin by routing transactions over the Bitcoin Lightning Network. It also lets you send bitcoin almost instantly, and at almost no cost. Best of all, you can actually earn interest on all crypto you mine when you store it in your Coinmine wallet, with rates starting at 6.5% APR. And with the Coinmine app, you can easily switch between currencies depending on which is more profitable on a day-to-day or even an hour-to-hour basis.

If you've always wanted to try crypto mining, the Coinmine One is the perfect way to get started. It was developed with financial backing from some of the biggest names in crypto, including Coinbase, the world's most popular cryptocurrency exchange. It's simple, affordable, and easy to use. And you get discounts when you buy more than one. So don't let the revolution pass you by. Click here to learn more about the Coinmine One right now.

Read This Next
Regulating Crypto
Hillary Clinton Calls Out Crypto Exchanges for Letting Russia Bypass Sanctions
Sad!
Melania Trump Accused of Secretly Buying Her Own NFT to Avoid Disgrace
Bye Bye Baby
Lawyer for Crypto Laundering Rapper Says She Won't Flee Because of Her Frozen Embryos
Greenwashing
World Wildlife Foundation Cancels NFT Project After Critics Point Out That It Was Actually a Huge Polluter
Bitcoin & Clyde
Feds Arrest Crypto CEO for Bitcoin Laundering, But Her Real Crime Was Against Rap Music
More on Future Society
Bird Crap
Feb 4 on the byte
It Looks Like Elon Musk Is Actually Building a Twitter Payment Platform
Balloon News
Feb 3 on futurism
China Says "Spy Balloon" Soaring Over America Is Completely Innocent
Down in Flames
Feb 1 on the byte
Elon Musk Apparently Thinks Twitter Is a "Flaming Dumpster Rolling Down the Street"
READ MORE STORIES ABOUT / Future Society
Keep up.
Subscribe to our daily newsletter to keep in touch with the subjects shaping our future.
+Social+Newsletter
TopicsAbout UsContact Us
Copyright ©, Camden Media Inc All Rights Reserved. See our User Agreement, Privacy Policy and Data Use Policy. The material on this site may not be reproduced, distributed, transmitted, cached or otherwise used, except with prior written permission of Futurism. Articles may contain affiliate links which enable us to share in the revenue of any purchases made.
Fonts by Typekit and Monotype.