Is the next liquidity crisis right around the corner? 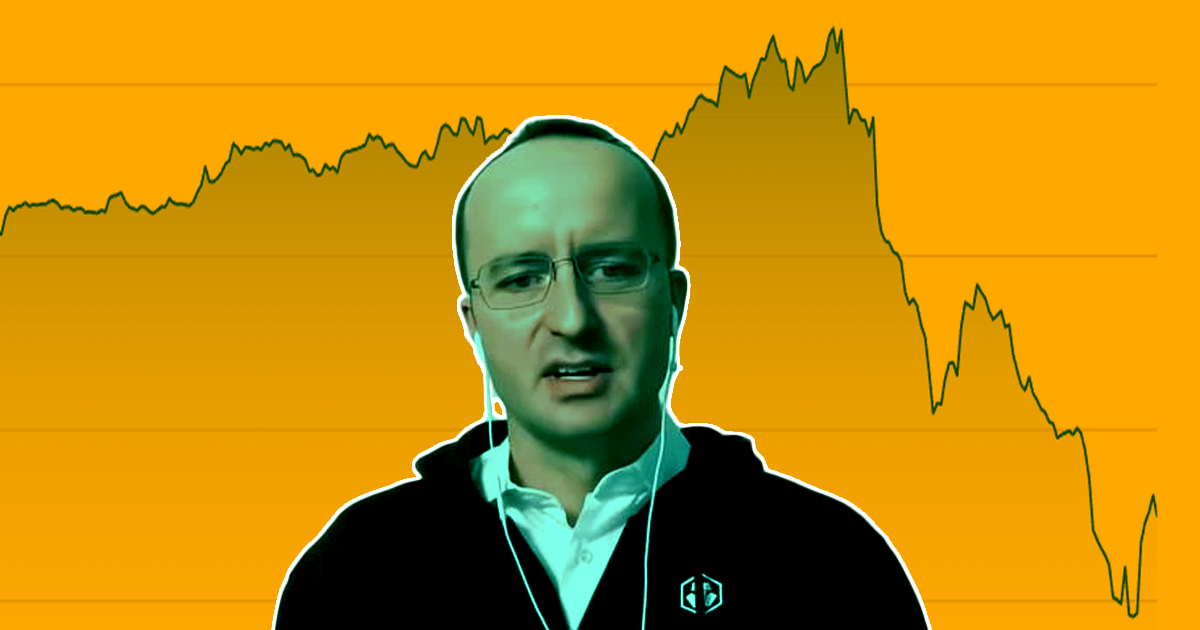 Cryptocurrency exchange Crypto.com — which bought the naming rights, alongside its peers at the newly-imploded FTX — is feeling the pressure following FTX's collapse.

This week, all eyes are on Crypto.com CEO Kris Marszalek, who had to fess up over the weekend to the fact that his company accidentally sent $400 million worth of Ethereum to an address registered to rival exchange Gate.io.

"It was supposed to be a move to a new cold storage address, but was sent to a whitelisted external exchange address," Marszalek tweeted over the weekend. "We worked with [the] Gate team and the funds were subsequently returned to our cold storage. "

It's an embarrassing confession that's already sent shockwaves through the already shaken up crypto exchange industry. Cronos, Crypto.com's own token, is down around 40 percent over the last week. Meanwhile, the exchange's daily volume is down from $4 billion highs to a mere $284 million last month, Coindesk reports.

Crypto.com's leadership is now doing damage control and is trying to calm investors.

Speculation surrounding the company's operations got so bad that Marszalek had to step in himself, arguing that criticism of the fateful transfers amounted to nothing more than "FUD" or "fear, uncertainty and doubt," a term used among crypto enthusiasts to denote the intentional seeding of negativity for financial gain.

FTX went down like a house of cards after it turned out Bankman-Fried made some grave accounting errors and wasn't in a position to refund customers due to a "liquidity crunch."

Experts, however, believe the latest controversy surrounding Crypto.com and its CEO won't be a repeat of that.

"To its credit, Crypto.com continues to have the funds to meet these withdrawals, lending further credence to its CEO’s claims that their assets are backed 1:1," Owen Rapaport, co-founder and CEO of Argus, told CNBC.

Marszalek has also announced that his company will publish an audited "proof of reserves" within the next month, according to the report.

Crypto.com also actively distanced itself from the FTX dumpster fire, with Marszalek arguing during a YouTube interview that his exchange's exposure to FTX was limited to $10 million after making a $1 billion deal earlier.

A whopping 20 percent of Crypto.com's reserves are also made up of Shiba Inu coins, which, according to Marszalek, is simply what his customers like to trade.

It's been a tumultuous time for cryptocurrency exchanges over the last week, to say the very least. The kind of uncertainty triggered by FTX's implosion has clearly left a mark on investors, who are increasingly starting to question the legitimacy of some of the largest exchanges out there.

More on FTX: Disgraced Sam Bankman-Fried Steps Down as CEO of FTX

Read This Next
FTuxxed
Behind the Lawsuit Against Celebs Who Shilled FTX Before Its Spectacular Meltdown
Toes in the Water
Guy Linked to Huge Crypto Meltdown Says It’s Just a Coincidence That He’s Hanging Out in a Country With No Extradition to United States
Guest List
Celebrities Are Officially Being Sued by FTX Retail Investors
This is Fine
Crypto Guy Says He's Doing Fine After Losing Billions of Customers' Money, Getting Plenty of Sleep
Tumblr or Bust
This Strongly Appears To Be Alameda CEO Caroline Ellison's Tumblr Account
More on Blocknik
Another One
Nov 23 on the byte
Coinbase May Be in Real Serious Trouble Now
Laundry Day
Nov 23 on the byte
Someone's Converting Millions of the Stolen FTX Funds Into Bitcoin
Tweeter's Brain
Nov 21 on the byte
Sam Bankman-Fried's Lawyers Quit Because of His "Incessant and Disruptive Tweeting"
READ MORE STORIES ABOUT / Blocknik
Keep up.
Subscribe to our daily newsletter to keep in touch with the subjects shaping our future.
+Social+Newsletter
TopicsAbout UsContact Us
Copyright ©, Camden Media Inc All Rights Reserved. See our User Agreement, Privacy Policy and Data Use Policy. The material on this site may not be reproduced, distributed, transmitted, cached or otherwise used, except with prior written permission of Futurism. Articles may contain affiliate links which enable us to share in the revenue of any purchases made.
Fonts by Typekit and Monotype.