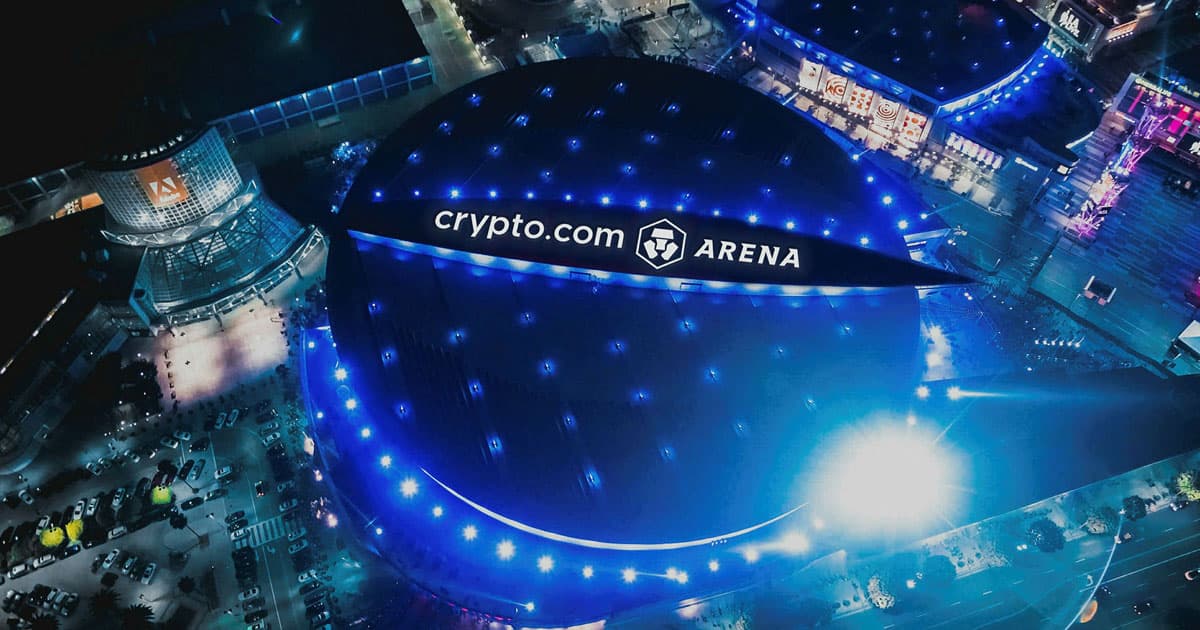 The Staples Center Will Be Renamed the "Crypto.com Arena" Because We Are Condemned to Eternal Damnation

As if nothing is sacred anymore, the home arena of the Los Angeles Lakers is getting a new name: the Crypto.com Arena.

The ugly new moniker will stick for the next 20 years, even if cryptocurrencies will have long disappeared by then — an unfortunate reminder of blockchain's tireless devouring of all that is holy.

Just kidding, of course. In reality, we pledge allegiance to our new crypto overlords.

The name change, which will go into effect on December 25 — Merry Christmas, Lakers fans! — could be the largest venue naming rights deal in American history, according to the LA Times . The cryptocurrency website is paying $700 million across two decades to rename the 22-year-old building.

"In the next few years, people will look back at this moment as the moment when crypto crossed the chasm into the mainstream," Crypto.com CEO Kris Marszalek told the LA Times. "This is just such a brilliant move from the guys at AEG, because the next decade belongs to crypto."

The Anschutz Entertainment Group, which owns the stadium, also owns other teams including the LA Kings and LA Galaxy.

"It’ll be weird," Clippers player Paul George told The Athletic. ""I grew up (with) this being Staples and being the place to play and place to be... it's the same location but it's kind of like stripping the history here by calling it something else."

Crypto.com is a Singapore-based cryptocurrency exchange founded in 2016. The Staples center isn't its first victim, as the company has also made sponsorship deals with Formula One, UFC, and NHL teams, Al Jazeera reports.

The Staples Center has also hosted a number of high visibility concerts and events, including 19 Grammy Awards ceremonies.

Whether cryptocurrencies and professional sports really are a match — well, that remains to be seen.