Coronal Mass Ejections: Understanding the Most Violent Storms in our Solar System 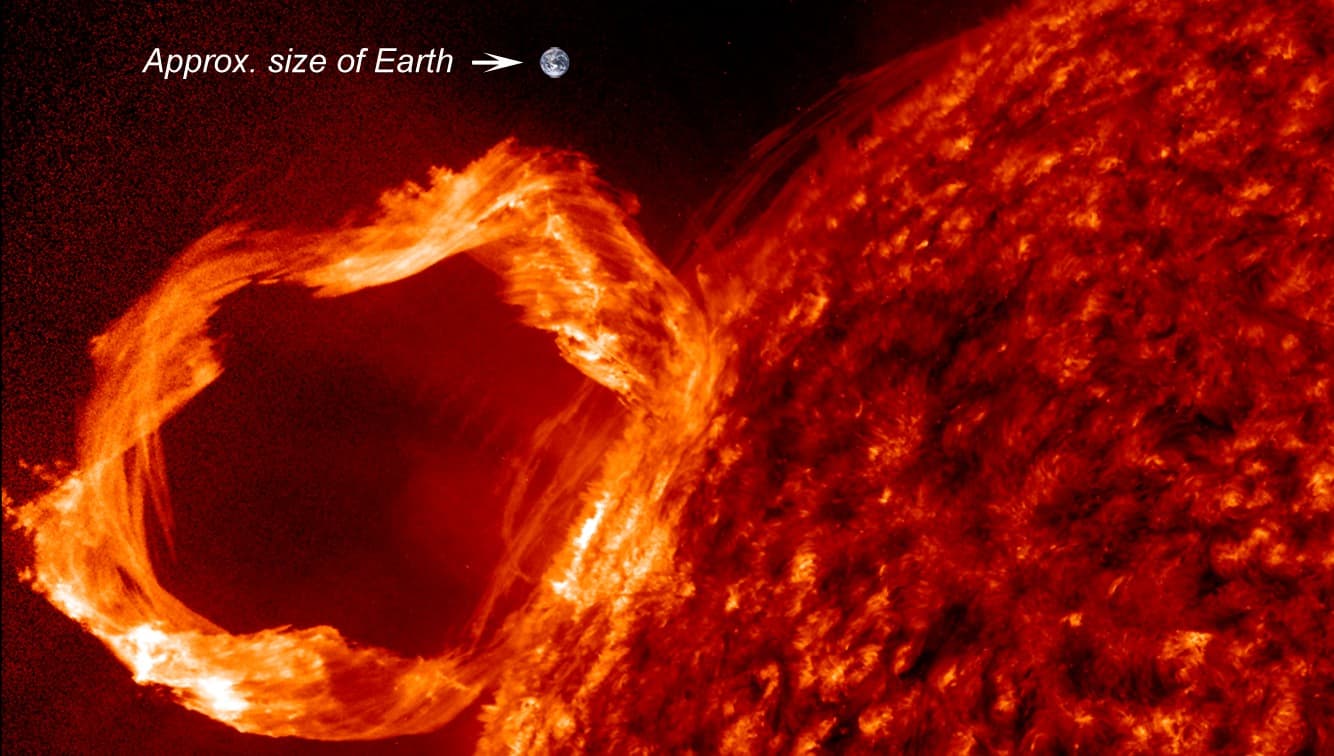 With both eyes and powerful telescopes continually pointed at the Sun, scientists are vigilant about monitoring rapidly changing solar activity (to say the least). However, even today, when the scientific community has access to overwhelming amounts of data, which is provided by a fleet of space observatories that watch the sun 24/7, it’s still hard to predict the violent events on the surface of our nearest star.

Ultimately, researchers are specifically interested in coronal mass ejections (CMEs), as these huge explosions of plasma from the Sun's outer atmosphere (called the "corona") could be very harmful to Earth’s magnetosphere.

Unfortunately, to date, our knowledge is a little lacking. “We do not exactly know the structure of the magnetic field inside a coronal mass ejection,” Yaireska M. Collado-Vega, a space weather forecaster at NASA's Goddard Space Flight Center told FQTQ.

This is a problem, because our understanding of the structure of the magnetic field (including its strength and direction) are an important part of predicting CME’s and their impact on Earth. Yet, at the present time, the magnetic field cannot be determined until it is measured as the ejection passes over a monitoring satellite, which brings the material ejected from the CME rather close to Earth by the time this measurement is taken.

However, Collado-Vega states that we are not entirely at a loss, or really even nearly so. We have the capability to predict CME’s radial speed and have an idea of the time of impact. If the ejection is fast (more than 800 km/s), we know that the magnetosphere will have a strong compression.

And out measurements need to be right on par, as these storms move fast.

So, what else do we know about the cause of these massive eruptions, and what are we doing to try and close the gaps in our knowledge?

Ultimately, solar storms originate from highly twisted magnetic field structures, or “flux ropes,” on the Sun, which are relatively cool plasmas trapped in the flux ropes in the corona. They are responsible for geomagnetic storms and enhanced aurora on Earth. When flux ropes erupt from active regions on the Sun, they are often accompanied by large solar flares.

“The CME, and other types of solar activity, can only cause magnetic disturbances at Earth that involve other physical phenomena.  Those disturbances to our magnetic shield, our magnetosphere, can affect the instruments in orbiting satellites, cause GPS signal loss, and sometimes power grid failures among other things,” Collado-Vega noted. “The real time effects of space weather are mostly on the technology that we all depend nowadays.  The power grid failures are an important topic these days since they will affect the development and distribution of electrical transformers around a certain place,” she said.

Fortunately, our knowledge about these violent solar events may soon improve, as NASA plans to send a probe, named Solar Probe Plus, that will fly closer to the sun (5.9 million kilometers) than any spacecraft that has flown before. For comparison, our planet is some 150 million km away, which means that, comparatively, we have quite a backseat view of our star.

The spacecraft, planned to be launched in mid-2018, will trace the flow of energy on the Sun, study the heating of the solar corona and exploring the physical mechanisms that accelerate the solar wind and energetic particles. Let’s hope it will provide more accurate future solar activity forecasts and help us more precisely predict the impact that the features on the Sun have on our planet.

I, for one, can't wait to see the results it returns.