Cold Fusion: The Controversy (Plus the Pros & Cons) 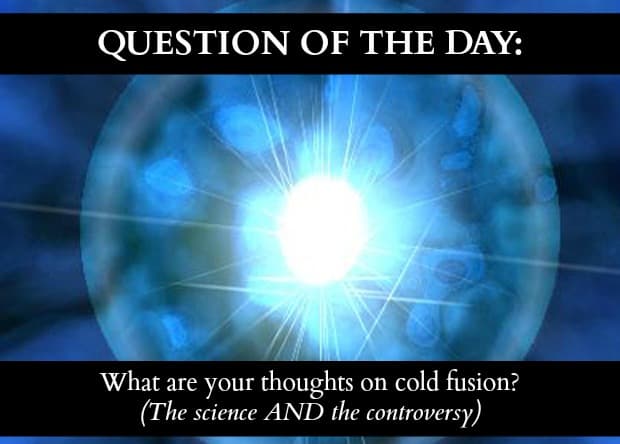 Cold fusion has become somewhat of a joke among the scientific community and society as a whole. Initially, several research teams claimed to have succeeded in cold fusion. Since several experimental research efforts from as early as the 60’s, cold fusion began to gain a huge following in the mainstream -- extending to the mid to late era of the 20th century. It became a common household dream, for it promised a cheap energy source that could generate awesome amounts of energy. Furthermore, it would be safe and have no major impact on the environment. In other words, it would be a renewable, clean energy source. However, after several embarrassments, (most notably by Stanley Pons' and Martin Fleischmann's failed attempts at reproducing their published results), cold fusion began to fade out. By the year 1989, it had disappeared into the archives of scientific failures. But what, you may ask, made cold fusion so popular?

THE SCIENCE OF FUSION:

Cold fusion, as the name makes no attempt to hide, is a 'cold', (more scientifically, a low energy), version of fusion. To quickly review, fusion is the process of two nuclei’s of atoms, being forced together to form one single atom. Part of the attractiveness of fusion is in the amount of energy liberated in the process. In the energy generation business, based purely on the actual process of the nuclear reaction, fusion gives the highest yield of energy, as well as being theoretically the most efficient, second only to matter-antimatter-annihilation. To put the power of fusion into perspective, the average fusion reaction is 3-4 times more powerful than a typical uranium 235 fission reaction. In other words, a fusion bomb would have a lot more bang per kilogram than a fission bomb.

Now, do not let the power of a fusion bomb strike fear in you. Aside from the initial flash, neutrons released and heat produced, a fusion bomb does not give off the long term harmful effects of radio-isotopes. Radioactive isotopes are only a major by product for fission nuclear reactions. Therefore, if a fusion weapon system was used instead in a controlled manner to produce power, a catastrophic error in the control systems would not cause a huge area to be irradiated like what was seen in Chernobyl incident. As for the environmental benefits, the best part, a nuclear fusion reactor would produce no dangerous/toxic waste.

ADDITIONS TO THE 'WIN' COLUMN:

Also, to add to the list of why 'fusion is the best thing ever', it uses the most abundant element in the entire universe, hydrogen! Even the sun uses it. So why don't we use it? Simply put, fusion currently takes way more energy to initiate than it actually produces. This fact, combined with the cost of the cutting edge technology needed to produce fusion reactions, and the general fear society has of anything with the word nuclear in it, are why Nuclear Reactors are not a major focus of the world. So far, the best humanity has done is break-even, energy wise for a fusion reaction. But the science is being investigated. With the construction of the ITER fusion reactor project in southern France completed, we may soon see hot fusion reactors being used commercially.

Let’s return to cold fusion (a detailed look at the process microscopically can be seen here). The reason may be apparent now for why cold fusion would be a revolution for all of humanity. It's literally the exact same thing as regular fusion, except cold, ergo; it's much more safe and cheap. Due to the low energies involved, if a cold fusion reactor could one day be brought to a small engine model, like those found in a car, everything could be powered by itself through a methodology called 'Distributive power'. All one would need to replenish a cold fusion reactor would be to fill up with hydrogen, and only after the massive amount of energy produced by a tank of hydrogen is used. This could take years, decades, even centuries, depending on the scale of power consumption.

But alas, cold fusion is still just a dream. But one day, it may become a reality. Research teams still exist that are working on the supposed myth.

Recently, Palladium has garnered attention from these teams, for its touted ability to tightly pack in Hydrogen atoms like no other element. There is currently no solid conclusions that fusion has occurred, but some of these research teams have hypothesized that palladium is allowing for the much higher than usual power production of what was thought to be a basic chemical redox reaction. (Whereas, others still maintain that the whole thing is a sham of epic proportions) In other words, the energy released by these reactions is far too high to be a chemical reaction. It is believed that quantum tunneling of the hydrogen nuclei is responsible for overcoming a possible energy barrier. There is a slight chance that palladium is allowing cold fusion to happen! (This process of fusion by quantum tunneling is believed to be why starts are able to fuse atoms together; I will link a [*]relevant video at the bottom of the article!) ,

So, budding researchers, engineering, technologist and businessmen/businesswomen, maybe this is a future technology you may want to look into. After all, energy production is a global, all-encompassing industry. To be responsible for a revolution such as cold fusion would bring about a new age in human history. And to top it all off, your name would be forever immortalized in the history books, as a part of the effort that destroyed the fossil fuel business, and brought a new era of clean, cheap and efficient energy production.

Did you know that scientists are currently at work trying to make algae a viable alternative to conventional sources of energy? Read all about it here.