"They use AI to rewrite the intros every two weeks or so because Google likes updated content. Eventually it gets so mangled that about every four months a real editor has to look at it and rewrite it." 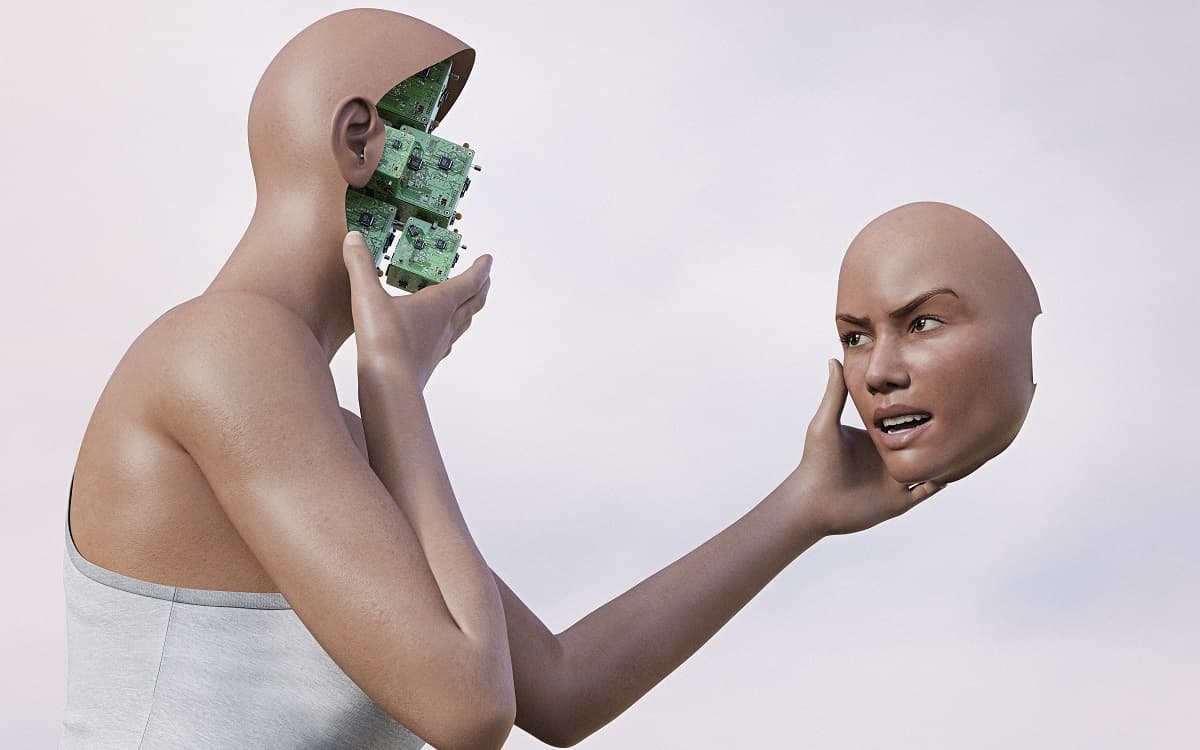 Last week, we reported that the prominent tech news site CNET had been quietly posting dozens of articles that had been written by an AI system.

After a public outcry, we discovered that in spite of the Red Ventures-owned publication's promise that all the AI-generated articles were being diligently fact checked by a human editor, the AI was making many extremely basic errors. CNET responded by issuing an extensive correction and slapping a warning label on the rest of the content — as well, oddly, as adding a disclaimer to many human-written articles about AI topics.

If all of CNET's AI-generated articles had been marked as such, you could probably write the whole thing off as a dismal, miserly attempt to eliminate the jobs of entry-level writers.

But several insiders have now made a more startling claim: that in addition to the content marked as having been produced with AI, the tech site has also been secretly publishing AI-generated material that wasn't labeled as bot-written at all.

"They only care about cranking out content and don’t care about quality/editing as long as the content ranks in [search engine optimization]," one former employee told us. "They use AI to rewrite the intros every two weeks or so because Google likes updated content."

The AI rewrites, the former employee said, are intended to manipulate Google's search rankings — and are not good news for human readers looking for high-quality work.

"Eventually it gets so mangled that about every four months a real editor has to look at it and rewrite it," they said. "Then the process starts over again."

Taking a step back, that's a heck of an allegation. If these claims are true, AI-generated content has covertly penetrated deeply into a once-venerated titan of tech publishing — so extensively that CNET readers can no longer authoritatively say whether a given item on the site was created by a machine, a human, or a combination of the two.

A CNET spokesperson didn't respond to a request for comment, but in a story published today, The Verge corroborated our source's allegations in several ways. One source told the publication, for instance, that CNET has indeed been using AI tools for far longer than it has publicly admitted. One such AI system, the source said, has already been in use for eighteen months — whereas the oldest marked AI content on CNET is only about two months old.

In general, according to The Verge, the AI technology has been foisted on CNET and other sites owned by its parent company, Red Ventures, without a meaningful internal debate — or, in many cases, even much notice at all.

"I don’t know that it was announced in any kind of grand way," a CNET staffer told The Verge. "It just sort of showed up."

The Verge also relayed a telling story about a now-departed senior editor at CNET. On this staffer's last day at the outlet, according to the site, she sent a farewell email to hundreds of colleagues. In the email, which was also obtained by Futurism, the editor excoriated the company for its use of AI tech — and made yet another claim about the company's alleged use of AI in materials that weren't marked as being bot-written.

The message ended with some advice: "do not take as fact any editor's rebuttal that all quality journalism outlets participate in unethical practices," she wrote.

"Ethical standards (and robust, in-house debates on them) are alive and well in the best journalism outlets in the world," she continued. "I've had the privilege of seeing this first-hand at many of them, including CNET."

The email caused such chaos in the newsroom, according to another former CNET employee that we spoke to, that leadership sent out a mass email of their own to address it.

"Almost all the blame for where the company is now — its massive layoffs, its complete reorganization, its subsequent push toward referral marketing and AI-based content to save or generate a buck — lies at the feet of Red Ventures, CNET's current owner," the former staffer told us.

The company has "squeezed as much blood from this stone as it possibly could, and with all the bad news surrounding CNET's current situation, it appears there isn't much more left to give," they added. "I'm pretty sure RV will continue to milk CNET's name until the negative press gets to be too much, at which point it will probably fire-sale the company or just shut the whole operation down. I wouldn't be surprised at either."

Read This Next
Locker Room
Leaked Messages Show How CNET's Parent Company Really Sees AI-Generated Content
Zombie Stage
CNET Sister Site Restarts AI Articles, Immediately Publishes Idiotic Error
Inside View
I Work for CNET’s Parent Company. Its AI-Generated Articles Disgust Me.
I Have a Dream of Mass Layoffs
ChatGPT Shamelessly Writes Letter Announcing Layoffs While Promoting Execs and Quoting MLK
Bot My Fault
News Site Admits AI Journalist Plagiarized and Made Stuff Up, Announces Plans to Continue Publishing Its Work Anyway
More on Artificial Intelligence
Pleading the Fifth
Yesterday on futurism
Extremely Embarrassing Evidence Emerges Against CEO of “Robot Lawyer” Startup
AIlex Jones
Yesterday on the byte
ChatGPT Is Freakishly Good at Spitting Out Misinformation on Purpose
Meow Meow
Yesterday on the byte
Amazing New CatGPT AI Answers as If It Were a Kitty Cat
READ MORE STORIES ABOUT / Artificial Intelligence
Keep up.
Subscribe to our daily newsletter to keep in touch with the subjects shaping our future.
+Social+Newsletter
TopicsAbout UsContact Us
Copyright ©, Camden Media Inc All Rights Reserved. See our User Agreement, Privacy Policy and Data Use Policy. The material on this site may not be reproduced, distributed, transmitted, cached or otherwise used, except with prior written permission of Futurism. Articles may contain affiliate links which enable us to share in the revenue of any purchases made.
Fonts by Typekit and Monotype.