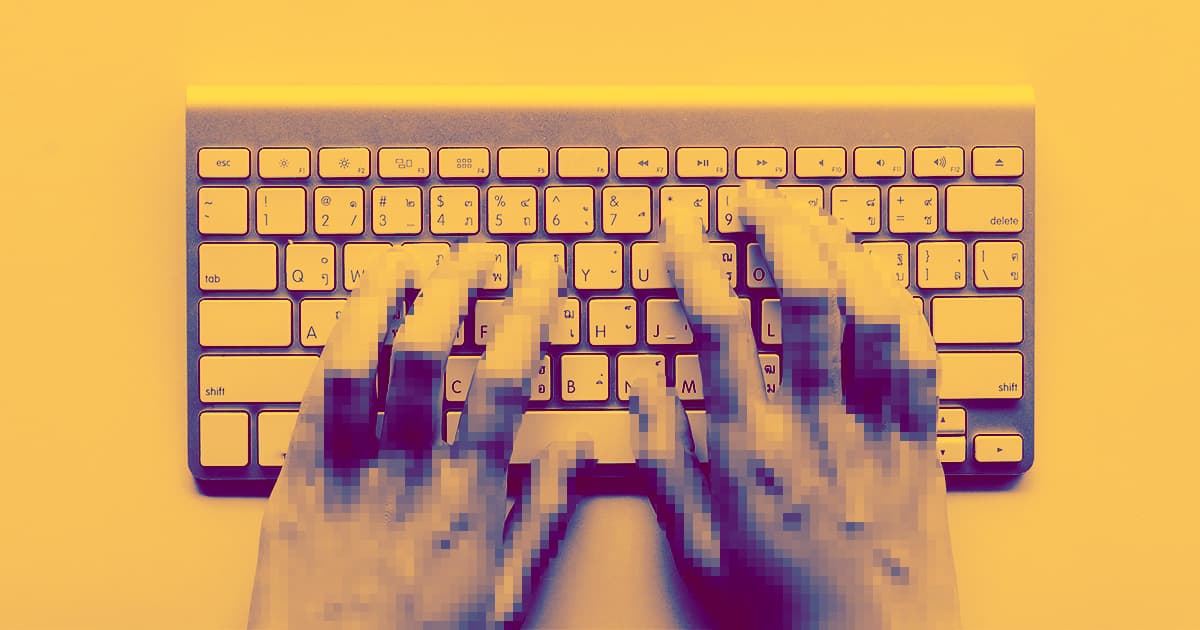 Next time you're on your favorite news site, you might want to double check the byline to see if it was written by an actual human.

CNET, a massively popular tech news outlet, has been quietly employing the help of "automation technology" — a stylistic euphemism for AI — on a new wave of financial explainer articles, seemingly starting around November of last year.

In the absence of any formal announcement or coverage, it appears that this was first spotted by online marketer Gael Breton in a tweet on Wednesday.

The articles are published under the unassuming appellation of "CNET Money Staff," and encompass topics like "Should You Break an Early CD for a Better Rate?" or "What is Zelle and How Does It Work?"

That byline obviously does not paint the full picture, and so your average reader visiting the site likely would have no idea that what they're reading is AI-generated. It's only when you click on "CNET Money Staff," that the actual "authorship" is revealed.

"This article was generated using automation technology," reads a dropdown description, "and thoroughly edited and fact-checked by an editor on our editorial staff."

Because the content seems carefully optimized for search traffic, Google's outlook on AI-generated content will likely make or break the future of the program.

"Our goal for Search is to show helpful, relevant content that’s created for people, rather than to attain search engine rankings," public liaison for Search Danny Sullivan said in a statement provided to Futurism. "Our ranking team focuses on the usefulness of content, rather than how the content is produced. This allows us to create solutions that aim to reduce all types of unhelpful content in Search, whether it’s produced by humans or through automated processes."

In a sense, AI-generated articles are not new — there's tons littering the internet already, some as low tech as copying a human written article and swapping certain words out with synonyms to obfuscate the plagiarism.

But AI usage is not limited to those kinds of bottom of the barrel outlets. Even the prestigious news agency The Associated Press has been using AI since 2015 to automatically write thousands and thousands of earnings reports. The AP has even proudly proclaimed itself as "one of the first news organizations to leverage artificial intelligence."

It's worth noting, however, that the AP's auto-generated material appears to be essentially filling in blanks in predetermined formats, whereas the more sophisticated verbiage of CNET's publications suggests that it's using something more akin to OpenAI's GPT-3.

Nonetheless, AP's justification for using AI — and a talking point being adopted across the industry — is that it frees up journalists and other staff from having to write tedious recaps. In reality, it's hard to believe that the technology would forever be limited to a cure to tedium and never intrude on "real" writing jobs.

Now, looking at the entire explainers that CNET has generated using AI, it looks like that goalpost has already shifted — and may never return.