We may be reaching the tipping point for job automation. 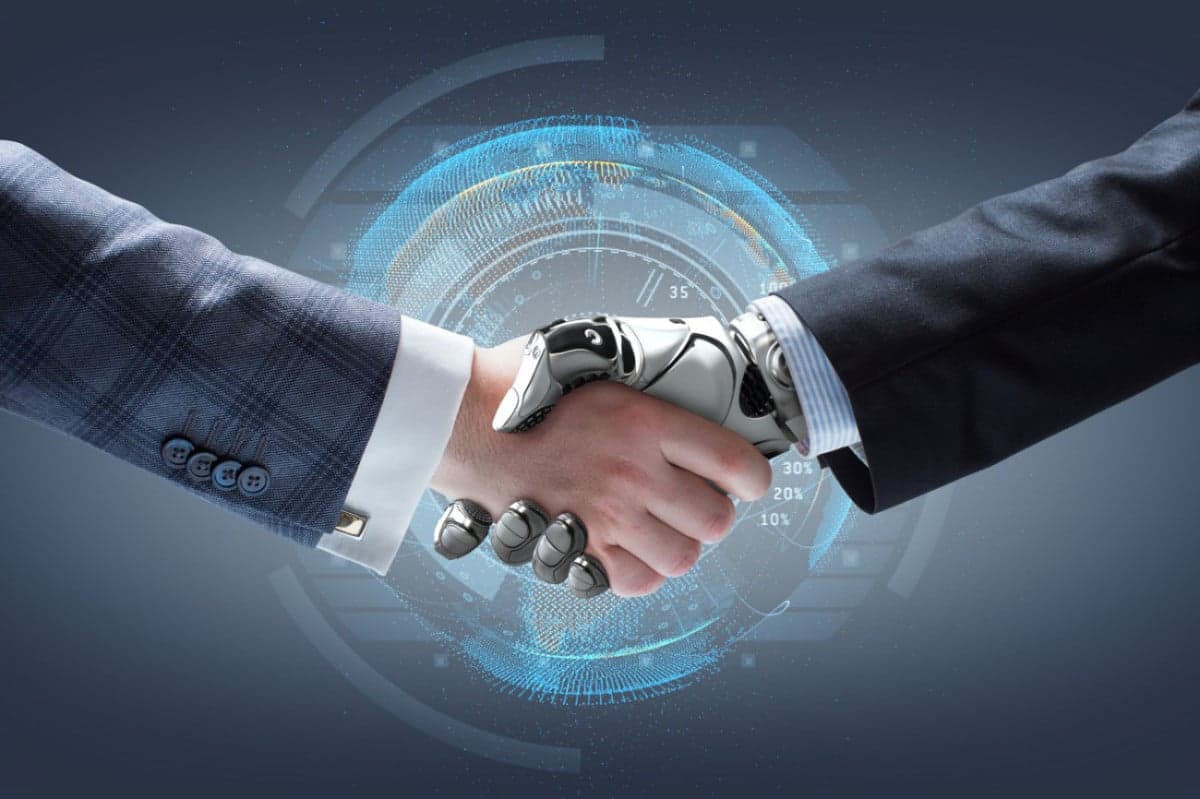 Whether it's a new employment contract, a rental contract, or sale contract, it needs to be checked before signing. Everyone knows the struggle of working through the dreaded small print, searching for pitfalls hidden in the tiniest details, and trying to make sense out of the bizarre language of law.

In fairness to the layman, contract review is also a hustle for lawyers themselves. In 2014, commercial lawyer Noory Bechor got sick of the fact that 80 percent of his work was spent reviewing contracts. He figured the service could be done much cheaper, faster, and more accurately by a computer. Hence, he started LawGeex, a platform for automatized contract review.

On LawGeex, users upload a contract and, within a short period of time (an hour on average), they receive a report that states which clauses don’t meet common legal standards. The report also details any vital clauses that could be missing, and where existing clauses might require revision. All of this is calculated by algorithms.

Today, a majority of LawGeex’s clients are corporate legal departments. According to LawGeex, its users have reported they are saving about 80 percent of the time they normally use on contract review and get deals closed three times faster. Not to mention that they are also saving 90 percent of the typical cost of outside council. The contract review platform is just the start for LawGeex. “Our goal for the next couple of years is to automate the entire legal world,” says Shmuli Goldberg, LawGeex’s VP Marketing.

From a chatbot that gives advice about whether you have to pay your parking ticket, to an algorithm that predicts US Supreme Court decisions, applications for using artificial intelligence in tandem with legal service are mushrooming. Under the slogan “democratizing legal service” these applications aim to facilitate access to legal advice without paying historically high fees for a lawyer.

Despite what one may think, the discussion on artificial intelligence in law is already more than 30 years old – take for instance the Stanford Law Review article in 1970 “Some Speculation about Artificial Intelligence and Legal Reasoning," or the first “International Conference on AI and Law” in 1987 at Northeastern University in Boston. For some time, there have been smart brains fundamentally re-examining the legal profession. However it is only recently that these topics have stepped out of the realm of academia.

Between 2011 and 2016 global legal tech companies raised $739M in aggregate funding. Those numbers are still low compared to those of Healthtech or Fintech, which go into the billions, but legal tech is poised for new growth. For example,  AngelList records the number of listed legal tech companies as 15 in 2009 compared to 1,164 today. IBM even discovered the field. In 2016, the company partnered with certain universities looking to use its supercomputer and Jeopardy! champion Watson to create a computer lawyer.

One of the primary reasons for the increase in legal tech companies is due to the increased accessibility to neural networking models and other probabilistic algorithms. In 2015 even Google open sourced its A.I. engine. Furthermore, among corporate entities and private citizens the demand for alternative and cheaper legal services is rising.

Of course before going into speculation about the tipping point that we may be approaching, where we see A.I. lawyers replacing legal services worldwide, it is important to recognize that legal artificial intelligence is still in its infancy. Algorithms need to be trained extensively, mostly by real lawyers. At LawGeex they have several experienced lawyers on staff, who conduct quality checks on the reports being delivered by the algorithm. Any inaccuracies or mistakes they feed back into the neural network. The algorithm needs to see around 100 contracts of the same type before delivering a functional service. As of now, LawGeex has trained its algorithm to deliver a review of up to 20 contract types including mainly business contracts, purchase orders and software licenses.

Combining machine-learning algorithms, crowdsourced data, and natural language processing helps to transcribe the contract into non-legal language, make comparisons between other contracts, and implement standards. “It is very different to how a lawyer would work,” Shmuli Goldberg states. “A lawyer would read through word by word from beginning to end and then he can reclaim paragraphs.” With A.I. it is easier to find missing items, plus it is easier to check if everything you want is in the contract. A robot lawyer works more accurately, Goldberg claims.

But are robot lawyers a threat to lawyers? “Lawyers can benefit”, Goldberg says. “A.I. is taking the administrative work off their plate, giving them time and energy to focus on more strategic questions.” On the other hand, Oxford professor Richard Susskind, who specialized in legal technology in the 1980s, suggests that by 2020 technological advances will have been widely adopted and fewer lawyers will be required.

Lawyers of the future will do very different work compared to previous generations, and therefore will need to go through a different education. Although few in numbers, some major law schools have already started to include technology into their curriculum. As of 2012, Georgetown University has offered a Technology Innovation and Law Practice practicum, which ends in the Iron Tech Lawyer competition and in 2015 Melbourne Law School began offering a course on building Legal Apps. It seems certain that the future will open the door to junior legal professionals who know how to invent and embrace more of these tools.

Who knows, perhaps the near future will birth an entirely new profession of legal A.I. whisperers, such as legal developers, legal database managers, and legal data analysts. After military drones, self driving cars, reusable space rockets, and Robocop, why not Robolawyer?

Read This Next
Much Appreciated
OpenAI's New AI Offers Detailed Instructions on How to Shoplift
Shooting Feet
After Saying He Wanted an Open Algorithm, Elon Musk Just Fired the Twitter Team Responsible for Doing Just That
White Voice
Cursed Startup Using AI to Remove Call Center Workers' Accents
My Picasso
OpenAI Says It's Fine to Sell Images Made With DALL-E 2
Craiyon Dreams
The Creator of That Viral Image Generating AI Loves All Your Weird Creations
More on Artificial Intelligence
AI Professor
3:44 PM on the byte
Professors Alarmed by New AI That Writes Essays About as Well as Dumb Undergrads
Stratego AI
Yesterday on the byte
Google Teaches AI to Play Stratego and It Becomes One of the World's Top-Rated Players
Age Gauge
Yesterday on the byte
Disney Creates AI System to Automatically Change Age of Actors
READ MORE STORIES ABOUT / Artificial Intelligence
Keep up.
Subscribe to our daily newsletter to keep in touch with the subjects shaping our future.
+Social+Newsletter
TopicsAbout UsContact Us
Copyright ©, Camden Media Inc All Rights Reserved. See our User Agreement, Privacy Policy and Data Use Policy. The material on this site may not be reproduced, distributed, transmitted, cached or otherwise used, except with prior written permission of Futurism. Articles may contain affiliate links which enable us to share in the revenue of any purchases made.
Fonts by Typekit and Monotype.