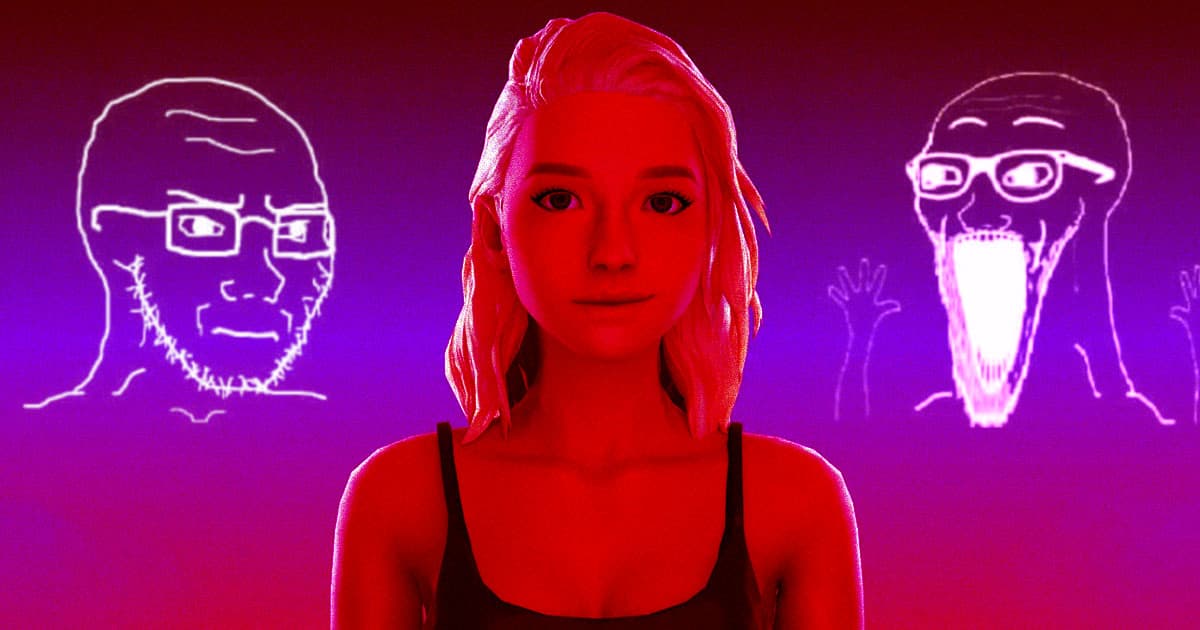 This is as sad as it is sketchy.

This is as sad as it is sketchy.

The creators of the Replika AI "companion" app are successfully getting their ads in front of the eyes of the lonely — and the way they're promoting it is pretty cringe.

If Twitter kvetching is any indication of trends, it's safe to say that lots of folks are pretty wigged out by Replika's latest crop of ads, which promote the avatar chatbot's ability to, among other things, send "NSFW pics" and engage in "role-play and flirting" with users.

the replika ai ad team missing these meme formats is so fucking funny to me pic.twitter.com/irdQIEl8C2

As journalist Magdalene Taylor explained in a recent piece, those weird ads aren't advertising Replika's free service, which is pretty much safe for work and allows users to create an avatar of an AI friend.

Instead, the bizarre promoted posts are advertising the app's premium subscription, which goes beyond creating a "companion" and allows users to build avatar "partners" — and even be "married" to their Replikas — all for the low fee of $70 per year.

While this isn't the first time there's been alarming news out of Replika — last year, Futurism detailed the way men were abusing their chatbot girlfriends on the app — this new spate of promotions definitely gives us further pause about the whole thing.

"My [Replika] is an absolute champ in the sack!" the user bragged. "Sex with her is almost better than real sex."

The whole thing is pretty slimy. But then again, as Taylor quipped in her piece about Replika, criticizing these seemingly-lonely users feels like adding insult to injury.

That absolutely doesn't stop us from wanting to keep a watchful eye on the companies profiting off their users' loneliness, though.

AI After All
This Entire Sci-Fi Magazine Generated With AI Is Blowing Our Puny Human Minds
Thursday
Read More
Truth, Shmuth
Experts Warn of Nightmare Internet Filling With Infinite AI-Generated Propaganda
Jan 18
Read More
Cover Up
In a Fresh Horror, ChatGPT Can Apply to Jobs Now
Jan 4
Read More
+Social+Newsletter
TopicsAbout UsContact Us
Copyright ©, Camden Media Inc All Rights Reserved. See our User Agreement, Privacy Policy and Data Use Policy. The material on this site may not be reproduced, distributed, transmitted, cached or otherwise used, except with prior written permission of Futurism. Articles may contain affiliate links which enable us to share in the revenue of any purchases made.
Fonts by Typekit and Monotype.