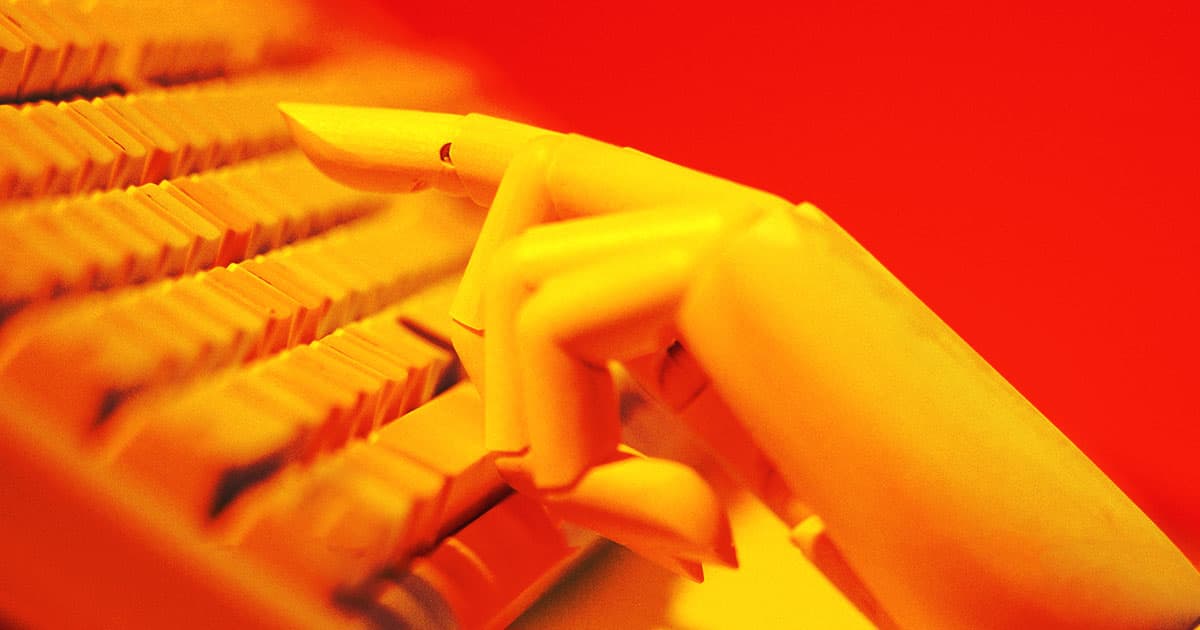 Earlier this week, we reported that popular tech news outlet CNET had been quietly publishing entire articles written by an AI for months, without making the AI authorship immediately clear to readers.

Unlike the robot reporting used by news agencies such as the Associated Press, these articles — 75 and counting — are substantial financial explainers, not just fill-in-the-blank updates, and seem to be written with a more powerful AI akin to OpenAI's GPT-3 (in keeping with the general spirit of secrecy around the project, CNET hasn't specified what AI it's using to churn out the articles).

Many observers, including those who work in the media industry, were not happy.

"This is just the beginning," tweeted Washington Post reporter Nathan Grayson in response to the story, "and aggregation plus explanation performed by AI will doubtless result in lower-quality work and fewer jobs."

"I think about shit like this a lot as somebody laid off from a copyediting job because some people think AI tools can do the work for you," wrote another writer. Kotaku writer Luke Plunkett simply called the program "awful."

The articles in question were pushed out under the byline of "CNET Money Staff," a wording that clearly seems to imply that human writers are its primary authors. They are not. Instead, the content is "generated using automation technology," and then revised by a human editor. But worryingly, you'd only know that if you clicked on the byline and read a small dropdown disclosure.

That's a pretty shifty way of making a disclosure, especially for a brand so well known. Other big news sites, like AP or the LA Times, explicitly label the author as a bot or bookend an article with a clear declaration of the AI authorship.

CNET's system is also clearly more sophisticated than a simple bot. Just using an AI to push out automatic written updates is one thing, but using it to generate entire explainers and then barely telling your audience is a new low, upsetting even those who once worked at the company.

"As a former CNET staffer, this is so incredibly disappointing and disheartening, but it's not surprising," tweeted Kyle Hyatt, who now writes for Jalopnik. "What other choice do you have when you lay off all your talented and loyal writers."

It seems likely that there's a certain sense of shame hovering around the human-replacing project at CNET, with one staffer there telling us that they hadn't even been aware of the AI articles until our reporting. The company still hasn't responded to questions from Futurism or other outlets, nor has it otherwise made any other public statement on the matter.

It's clearly aware of the discourse, though. In the wake of our story, CNET dropped the "staff" from the AI stories' bylines, and now publishes it under "CNET Money." The disclosure is still relegated to a tiny dropdown description, but now reads "created using an AI engine," instead of "automation technology."

That slight rebranding, though, doesn't seem meaningfully more upfront about its AI usage than before. "CNET Money Staff" was outright misleading, but a shortened "CNET Money" is no more illuminating.

And ultimately, these sleight of hands don't efface the bitter reality that writing explainers like these was previously somebody's job.

"Writing articles like this is how I kept myself afloat in my 20s," wrote Brenden Gallagher, a screenwriter. "Shameful move by CNET."

Defenders of AI's use in news tout it as a way to save overburdened journalists and reporters from having to do menial, busywork writeups. But it's hard to imagine media bosses stopping there if the technology continues to improve.

And besides, the current version of GPT-3 "can't do the job of a journalist," a CNET reporter wrote last month in an article titled "ChatGPT Is a Stunning AI, but Human Jobs Are Safe (for Now)," spotted by Gizmodo.

At the end of the day, that probably depends on your definition of the word "journalist." The AI may not be chasing down leads at CNET quite yet, but it is certainly running copywriters out of the office.

Updated the conclusion to clarify details about CNET's prior reporting on whether GPT-3 could replace journalists.