Naturally, rumors are spreading about the origins of Bitcoin. 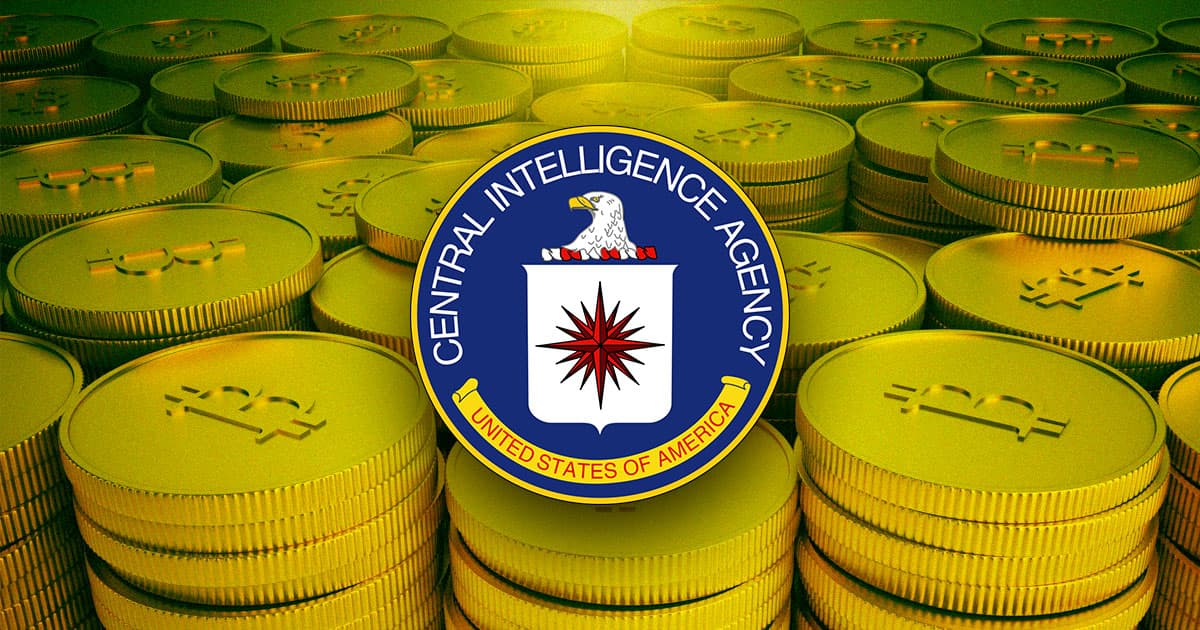 The feds are looking intro cryptocurrencies, and apparently have been since the Trump administration.

This revelation came during the Wall Street Journal's uberhyped CEO Summit on Monday, where as Vice reported, CIA Director William Burns admitted that his agency has "a number of different projects focused on cryptocurrency."

He went on to say that he "inherited" the agency's crypto maneuvers from his "predecessor," a likely reference to the ghoulish Gina Haspel, who was the last to lead the CIA during Donald Trump's presidency.

"My predecessor had started this, but had set in motion a number of different projects focused on cryptocurrency and trying to look at second- and third-order consequences as well and helping with our colleagues in other parts of the U.S. government to provide solid intelligence on what we're seeing as well," Burns said.

Translation: the CIA is surveilling crypto networks and platforms, and trying to figure out how important a priority it is for so-called national security.

Burns' fedspeak admission came in response to an audience question about the growing problem of ransomware attacks, which are an admittedly very real and serious threat that partially led to a real-life gas shortage, the alleged death of a newborn infant, and possibly even issues with the US beef supply chain.

Crypto, Burns said, could have "enormous impact" on the heists "because one of the ways of getting at ransomware attacks and deterring them is to be able to get at the financial networks that so many of those criminal networks use and that gets right at the issue of digital currencies as well."

As Vice noted, Burns', ahem, cryptic remarks have reinvigorated blockchain bro rumors that Bitcoin's mysterious creator Satoshi Nakamoto was an intelligence asset, though as Vice noted, that line is mostly just a meme.

L1 most likely to be CIA: Solana

DEX most likely to be CIA: UniSwap

Oracle most likely to be CIA: Band

Memecoin most likely to be CIA: Safemoon

L2 most likely to be CIA: Matic

CT acct most likely to be CIA: @inversebrah

While it will likely remain unclear what exactly the CIA and other alphabet soup intelligence agencies are looking at with regards to crypto, this admission is stunning if for no other reason than that it's yet another example of a normally-cagey government agency confirming longstanding rumors about its work after years of a steady declassification drip from the Defense Department confirming the existence of UFOs.

Indeed, former CIA acting director Michael Morrell said back in April that the blockchain is a "boon for surveillance" in a white paper meant to encourage governments to embrace crypto.

We probably won't know for decades what the CIA and its fellow intelligence agencies are up to with crypto, but at least we now know that they're up to something.

More on government and crypto: The U.S. Government Has Held Over $1 Billion in Seized Cryptocurrency

Read This Next
La La La
SBF's Dad Kept Sticking His Fingers in Ears During Court Hearing
Sword Art Online
Guy Who Invented the Word "Metaverse" Building His Own Metaverse
Rube Goldbergian
The Dune NFT Project Is Back With an Inscrutable New Scheme
Futurism
Senator Says There's a Secret Program Spying on Americans' Money Transfers
Crypto Fail
The CEO of Coinbase Gets Brutally Owned, May Never Recover
More on Future Society
Down in Flames
Wednesday on the byte
Elon Musk Apparently Thinks Twitter Is a "Flaming Dumpster Rolling Down the Street"
All Tomorrow's Pa...
Wednesday on the byte
Party Startup Says It Has Zero Plans to Make Any Money With Investors' Funds
Primate Theft
Tuesday on the byte
It Was a Very Bad Weekend for Monkeys Being Stolen From Zoos, Apparently
READ MORE STORIES ABOUT / Future Society
Keep up.
Subscribe to our daily newsletter to keep in touch with the subjects shaping our future.
+Social+Newsletter
TopicsAbout UsContact Us
Copyright ©, Camden Media Inc All Rights Reserved. See our User Agreement, Privacy Policy and Data Use Policy. The material on this site may not be reproduced, distributed, transmitted, cached or otherwise used, except with prior written permission of Futurism. Articles may contain affiliate links which enable us to share in the revenue of any purchases made.
Fonts by Typekit and Monotype.