All roads lead to Florida. 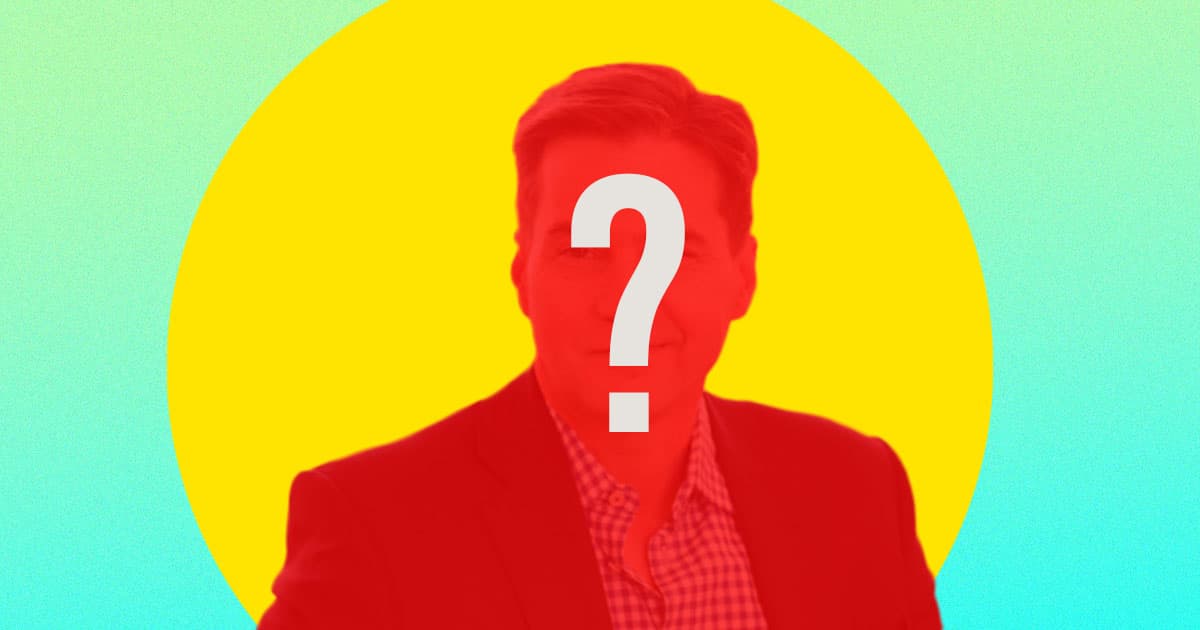 The cryptosphere is abuzz over a Florida court case in which the plaintiffs are claiming that one of the co-creators of Bitcoin is dead — and that his family is entitled to what amounts to a $32 billion estate.

The crux of the case lies in the mostly-unsubstantiated claim that Australian programmer Craig Wright was, at least partially, the person behind the pseudonymous "Satoshi Nakamoto" who created Bitcoin, as well the concept of blockchain, back in 2008 and 2009.

Wright is being sued by the family of David Kleiman, the Australian's alleged former business partner who died in 2013. Basically, the Kleiman family's goal is to prove that they deserve access to half of the untouched Nakamoto cache of roughly one million bitcoin, which is currently valued at around $64 billion — a serious pile of money.

Wright's defense, confusingly, holds that Wright did create Bitcoin — a widely disputed claim — but denies that Kleiman was his business partner.

While this bizarre case could, in theory, establish the identity of the creator of Bitcoin and determine who controls the vast wealth associated with the Nakamoto name, many say the case will prove absolutely nothing.

Indeed, the Kleiman family's case hinges on one very dissonant core argument: that Wright is telling the truth when he says he is the creator of Bitcoin, but that he's lying by claiming he's the sole creator of the cryptocurrency.

To add to the deep strangeness of the "Kleiman v. Wright" case is the Australian programmer's alleged behavior in and out of the courtroom.

As Law360 reporter Carolina Bolado tweeted while following Tuesday's proceedings, Wright appeared to be messily posting to Slack about wanting to sue "misleading experts for fraud" while he was literally in court, causing the judge to intervene.

"It’s not this court’s function to monitor your public or private activities but to the extent that it does have a chilling effect on witnesses and it’s a direct or indirect threat, then I do get involved," Judge Beth Bloom, the district judge overseeing the case in the Southern District of Florida, reportedly said. "I'm not going to tolerate that moving forward."

While it's tempting to put the mudslinging aside, it seems like the drama, at least for Wright, is the point. While we may be no closer to actually learning who Satoshi Nakamoto is or was, there will likely be many more twists before the truth finally comes out.

Read This Next
La La La
SBF's Dad Kept Sticking His Fingers in Ears During Court Hearing
Sword Art Online
Guy Who Invented the Word "Metaverse" Building His Own Metaverse
Rube Goldbergian
The Dune NFT Project Is Back With an Inscrutable New Scheme
Regulating Crypto
Hillary Clinton Calls Out Crypto Exchanges for Letting Russia Bypass Sanctions
Crypto Fail
The CEO of Coinbase Gets Brutally Owned, May Never Recover
More on Future Society
Ring The Alarm
3:40 PM on the byte
Whistleblower Claims Facebook Can Secretly Drain Your Phone's Battery on Purpose
I Silence Thee
Jan 28 on futurism
Leaked Messages Seem to Show Elon Musk Using Twitter to Punish His Enemies
Gas Giant
Jan 27 on the byte
Journalist Eats Lab-Grown Chicken, Gets "Weirdly Gassy"
READ MORE STORIES ABOUT / Future Society
Keep up.
Subscribe to our daily newsletter to keep in touch with the subjects shaping our future.
+Social+Newsletter
TopicsAbout UsContact Us
Copyright ©, Camden Media Inc All Rights Reserved. See our User Agreement, Privacy Policy and Data Use Policy. The material on this site may not be reproduced, distributed, transmitted, cached or otherwise used, except with prior written permission of Futurism. Articles may contain affiliate links which enable us to share in the revenue of any purchases made.
Fonts by Typekit and Monotype.