Your Christmas Tree Could Be Recycled Into Paint or Sweeteners

Millions of trees could be repurposed, instead of going to waste. 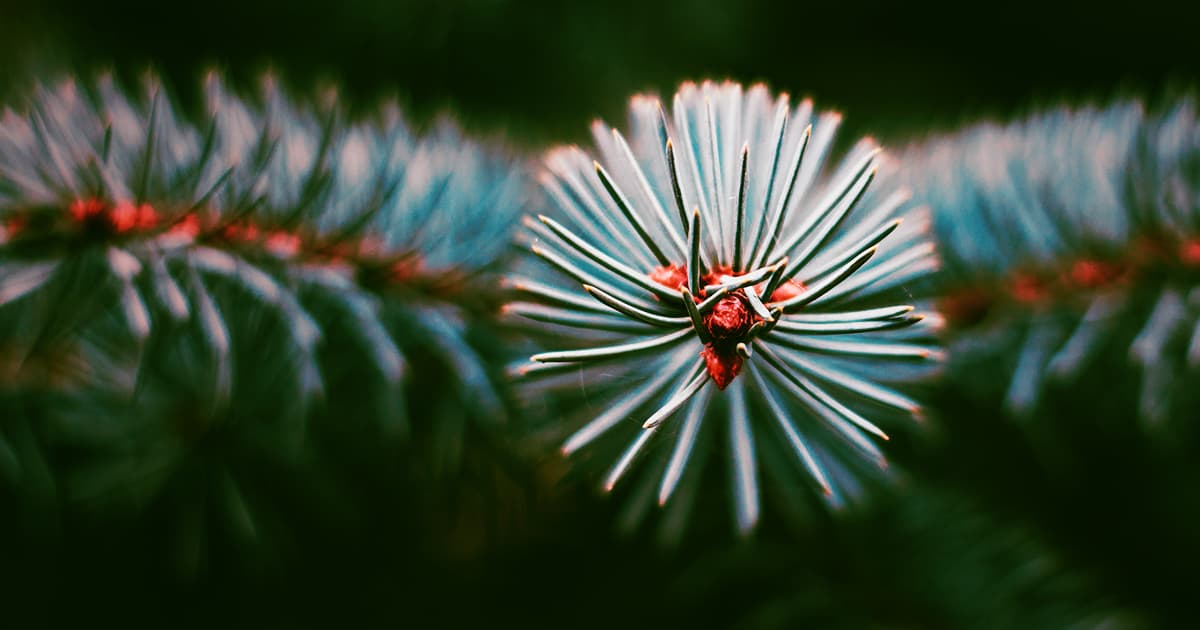 Gifts have been opened, cookies have been eaten, Christmas has come and gone. Still, the last vestige of holiday festivities remains: the slowly decaying Christmas tree husk in your living room.

Even as fake tree sales rise, as many as 30 million real Christmas trees are sold in the United States each year. After serving as Yuletide decorations, many of these trees will head to landfills.

But now, in a flourish of environmental Christmas magic, researchers from the UK's University of Sheffield have found a way to break down a component in pine needles called lignocellulose and use it to create paints and sweeteners — a heartening seasonal example of how biotech discoveries can reduce waste at unexpected points on the global supply chain.

Lignocellulose is ugly. No, really. Its chemical structure makes it difficult to use for biomass energy, and it serves little industrial purpose. Sheffield PhD student Cynthia Kartey's work has focused on examining ways to make use of this material, and now she may be on to something.

Using heat and glycerol Kartey was able to break down the pine needles into two components, one of which was made mostly of materials like glucose, acetic acid and phenol. All three have uses in other industries — glucose is used to make food sweeteners, phenol is used in products like mouthwash, and acetic acid for making adhesives, vinegar, and even paint.

"In the future, the tree that decorated your house over the festive period could be turned into paint to decorate your house once again," Kartey said in a press release.

Recycling and repurposing waste products is almost certain to become an increasingly important aspect of the future economy.

We're already beginning to see the process in action, from recycling space junk to reusable beer bottles and even bricks made from literal human urine. Soon, perhaps even Christmas trees will keep our future green and fresh-pine scented.

READ MORE: Pine needles from old Christmas trees could be turned into paint and food sweeteners in the future [University of Sheffield]

More on the Future of Recycling: New Powder Captures CO2 Before It Can Hit the Atmosphere

Read This Next
Futurism
12,000 Tons of Food Waste Saved This Forest — and Could Help Us Save the Planet
Futurism
Most Important Chemical in the World in Short Supply in the Wake of Hurricane Harvey
More on Earth & Energy
Dishonorable Disc...
Yesterday on the byte
Scientists Alarmed by Video of Deep Sea Mining Company Spewing Waste Into Ocean
Save Yourselves
Feb 5 on the byte
Furious Marsupial So Thirsty For Sex That It’s Dying, Scientists Warn
Stem Ware
Feb 3 on the byte
Scientists Discover World's Oldest Preserved Vertebrate Brain
READ MORE STORIES ABOUT / Earth & Energy
Keep up.
Subscribe to our daily newsletter to keep in touch with the subjects shaping our future.
+Social+Newsletter
TopicsAbout UsContact Us
Copyright ©, Camden Media Inc All Rights Reserved. See our User Agreement, Privacy Policy and Data Use Policy. The material on this site may not be reproduced, distributed, transmitted, cached or otherwise used, except with prior written permission of Futurism. Articles may contain affiliate links which enable us to share in the revenue of any purchases made.
Fonts by Typekit and Monotype.