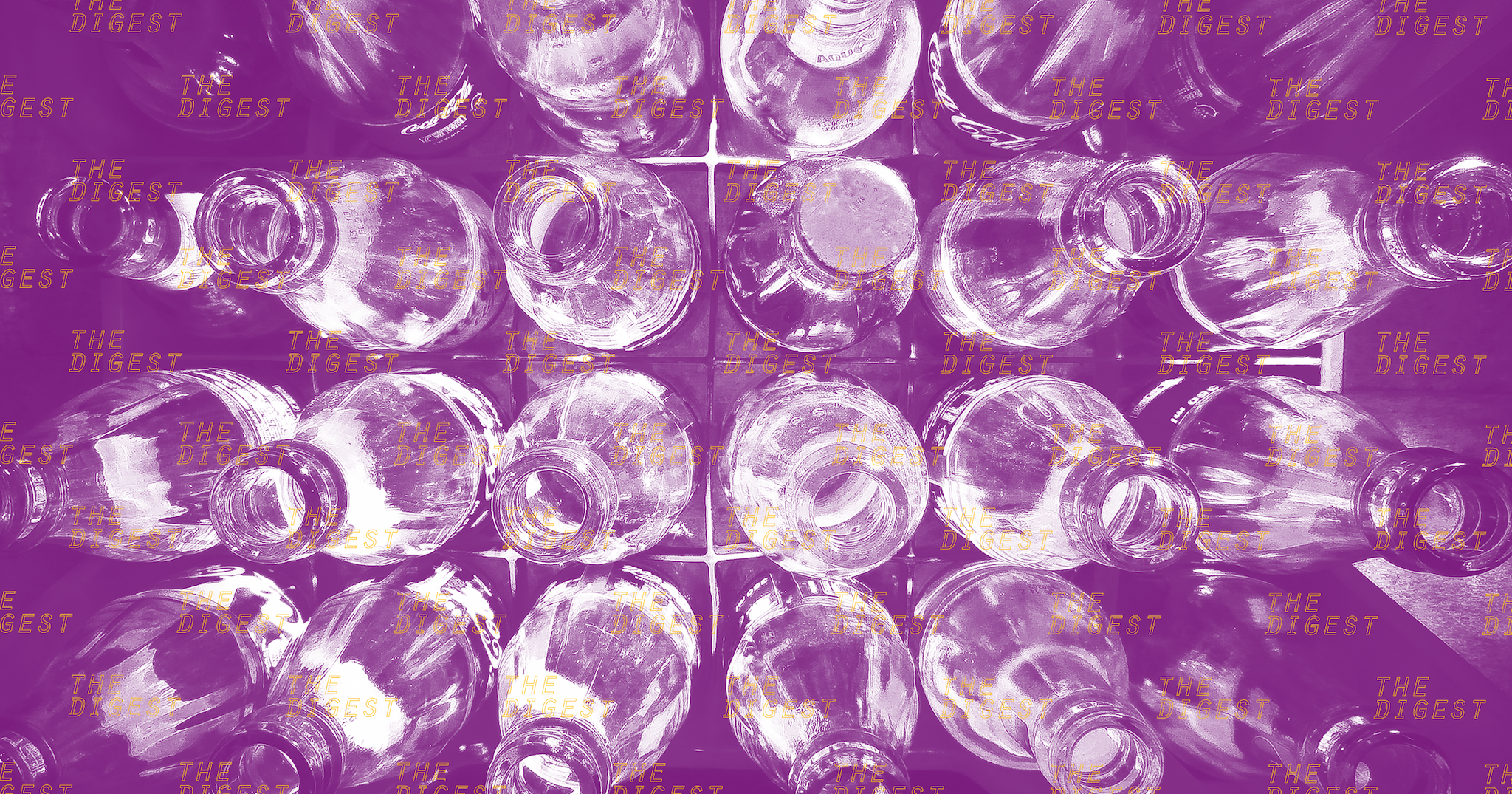 It's an example of how old techniques can help us address new sustainability problems.

It's an example of how old techniques can help us address new sustainability problems.

Recycling a glass bottle means it'll probably be taken to a facility where it will be sorted, crushed, melted and ultimately molded into new glassware. That's better than just throwing it into a landfill, but the process is also inefficient and does little to mitigate the the impact of the resources used to first make it.

Now, NPR reports that the Oregon Beverage Recycling Cooperative, a "member-owned, cooperative corporation in charge of picking up and processing nearly 100 percent of all containers redeemed in Oregon," is debuting a thick, durable beer bottle that it says can be cleaned, refilled, and resold without being broken down. It's the first such system in the country, according to the report, and could vastly decrease the environmental impact of beverage sales.

"Every time that bottle gets reused, you're cutting the carbon footprint of that bottle in half," Joel Schoening, a spokesperson for the Oregon Beverage Recycling Cooperative, told NPR. "It's the most sustainable choice in the beer aisle."

Long before the modern era of recycling, milkmen who delivered fresh dairy to residential homes in reusable glass bottles were a staple of the local food systems in the United States and Europe. But they faded away after the 1960s, because milk had a longer shelf life that made it more practical to sell in grocery stores.

In Oregon, state officials say that reviving reusable beverage containers is an easy way to decrease waste without impacting consumers, who can collect a 10 cent deposit for the new bottles, just like old ones — plus an extra 12 cents each if they bring back 20.

EVERYTHING OLD IS NEW AGAIN

To kickstart the program, the Oregon Beverage Recycling Cooperative is partnering with seven breweries in the state. If all goes to plan, cider and winemakers will come next, Schoening told NPR.

When the effort was first announced in May, Oregon Public Broadcasting noted that the bottles would be taken to a facility in Montana to be washed, but it'll still emit less carbon than making a whole new bottle or recycling one.

The project represents an optimistic vision of the environmental future: one that turns to old-fashioned approaches, in addition to high-tech solutions, to help solve some of our biggest sustainability challenges.

More on sustainability: Norway Plans a Sustainable “City of the Future”

Reduce, Reuse, Landfill
A Shocking Amount of US "Recycling" Goes Straight to the Landfill
Oct 24
Read More
Best Marine Solar Panels of 2022
Aug 31
Read More
FROM THE DEPT. OF THINGS TO BUY
Best Compost Bins of 2022
May 14
Read More
+Social+Newsletter
TopicsAbout UsContact Us
Copyright ©, Camden Media Inc All Rights Reserved. See our User Agreement, Privacy Policy and Data Use Policy. The material on this site may not be reproduced, distributed, transmitted, cached or otherwise used, except with prior written permission of Futurism. Articles may contain affiliate links which enable us to share in the revenue of any purchases made.
Fonts by Typekit and Monotype.