China and Europe May Build A "Moon Village" in the 2020s 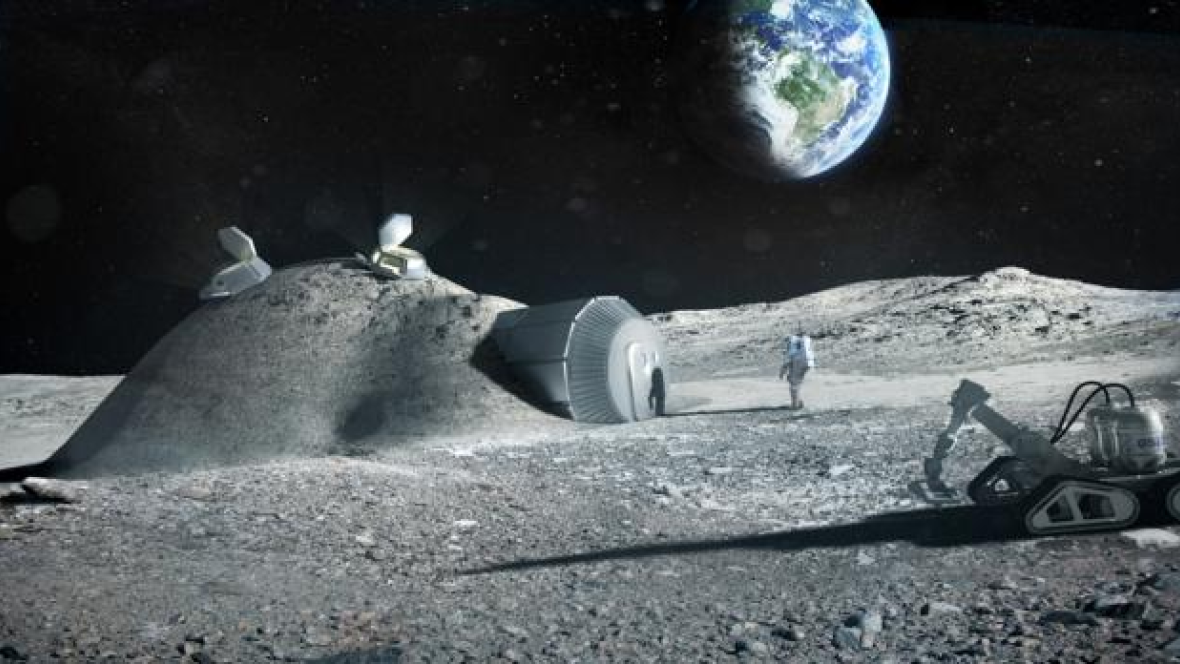 In recent years, multiple space agencies have shared their plans to return astronauts to the Moon, not to mention establishing an outpost there. Beyond NASA’s plan to revitalize lunar exploration, the European Space Agency (ESA), Rocosmos, and the Chinese and Indian federal space agencies have also announced plans for crewed missions to the Moon that could result in permanent settlements.

As with all things in this new age of space exploration, collaboration appears to be the key to making things happen. This certainly seems to be the case when it comes to the China National Space Administration (CNSA) and the ESA’s respective plans for lunar exploration. As spokespeople from both agencies announced this week, the CNSA and the ESA hope to work together to create a “Moon Village” by the 2020s.

The announcement first came from the Secretary General of the Chinese space agency (Tian Yulong). On earlier today (Wednesday, April 26th) it was confirmed by the head of media relations for the ESA (Pal A. Hvistendahl). As Hvistendahl was quoted as saying by the Associated Press: “The Chinese have a very ambitious moon program already in place. Space has changed since the space race of the ’60s. We recognize that to explore space for peaceful purposes, we do [need] international cooperation.”

Yulong and Hvistendahl indicated that this base would aid in the development of lunar mining, space tourism, and facilitate missions deeper into space — particularly to Mars. It would also build upon recent accomplishments by both agencies, which have successfully deployed robotic orbiters and landers to the Moon in the past few decades. These include the CNSA’s Chang’e missions, as well as the ESA’s SMART-1 mission.

As part of the Chang’e program, the Chinese landers explored the lunar surface in part to investigate the prospect of mining Helium-3, which could be used to power fusion reactors here on Earth. Similarly, the SMART-1 mission created detailed maps of the northern polar region of the Moon. By charting the geography and illumination of the lunar north pole, the probe helped to identify possible base sites where water ice could be harvested.

While no other details of this proposed village have been released just yet, it is likely that the plan will build on the vision expressed by ESA director Jan Woerner back in December of 2015. While attending the “Moon 2020-2030 — A New Era of Coordinated Human and Robotic Exploration” symposium, Woerner expressed his agency’s desire to create an international lunar base as a successor to the International Space Station.

In addition, its is likely that the construction of this base will rely on additive manufacture (aka. 3D printing) techniques specially developed for the lunar environment. In 2013, the ESA announced that they had teamed up with renowned architects Foster+Partners to test the feasibility of using lunar soil to print walls that would protect lunar domes from harmful radiation and micrometeorites.

This agreement could signal a new era for the CNSA, which has enjoyed little in the way of cooperation with other federal space agencies in the past. Due to the agency’s strong military connections, the U.S. government passed legislation in 2011 that barred the CSNA from participating in the International Space Station. But an agreement between the ESA and China could open the way for a three-party collaboration involving NASA.

The ESA, NASA, and Roscosmos also entered into talks back in 2012 about the possibility of creating a lunar base together. Assuming that all four nations can agree on a framework, any future Moon Village could involve astronauts from all the world’s largest space agencies. Such a outpost, where research could be conducted on the long-term effects of exposure to low-g and extra-terrestrial environments, would be invaluable to space exploration.

In the meantime, the CNSA hopes to launch a sample-return mission to the Moon by the end of 2017 — Chang’e 5 — and to send the Chang’e 4 mission (whose launch was delayed in 2015) to the far side of the Moon by 2018. For its part, the ESA hopes to conduct a mission analysis on samples brought back by Chang’e 5, and also wants to send a European astronaut to Tiangong-2 (which just conducted its first automated cargo delivery) at some future date.

As has been said countless times since the end of the Apollo Era — “We’re going back to the Moon. And this time, we intend to stay!”

Read This Next
Hall Effect
Test Suggests Ion Thrusters Could Power Crewed Interplanetary Missions
Shoo
Scientists Warn Giant Asteroid Is Actually Swarm, Nearly Impossible to Destroy
What Does It All Mean?
The Second Alien Probe We Detect May Be Particularly Bizarre, Scientist Says
A Sip of Opal
NASA Discovers Precious Gemstones on Mars
And He Scores
We Are Completely Puzzled by This Video of a Chinese Astronaut Playing Ping-Pong in Space
More on Off World
Exoplanet Dance
Yesterday on the byte
Scientist Releases Amazing Video of Exoplanets Orbiting Distant Star
Space Junk News
Yesterday on the byte
Two Large Chunks of Space Debris Just Almost Collided in an Epic Disaster
Mars Drop
Yesterday on the byte
NASA's Mars Rover Perseverance Just Dropped Off Its Last Sample
READ MORE STORIES ABOUT / Off World
Keep up.
Subscribe to our daily newsletter to keep in touch with the subjects shaping our future.
+Social+Newsletter
TopicsAbout UsContact Us
Copyright ©, Camden Media Inc All Rights Reserved. See our User Agreement, Privacy Policy and Data Use Policy. The material on this site may not be reproduced, distributed, transmitted, cached or otherwise used, except with prior written permission of Futurism. Articles may contain affiliate links which enable us to share in the revenue of any purchases made.
Fonts by Typekit and Monotype.