Charon, Pluto's Largest Moon, is Even More Dynamic Than We Thought 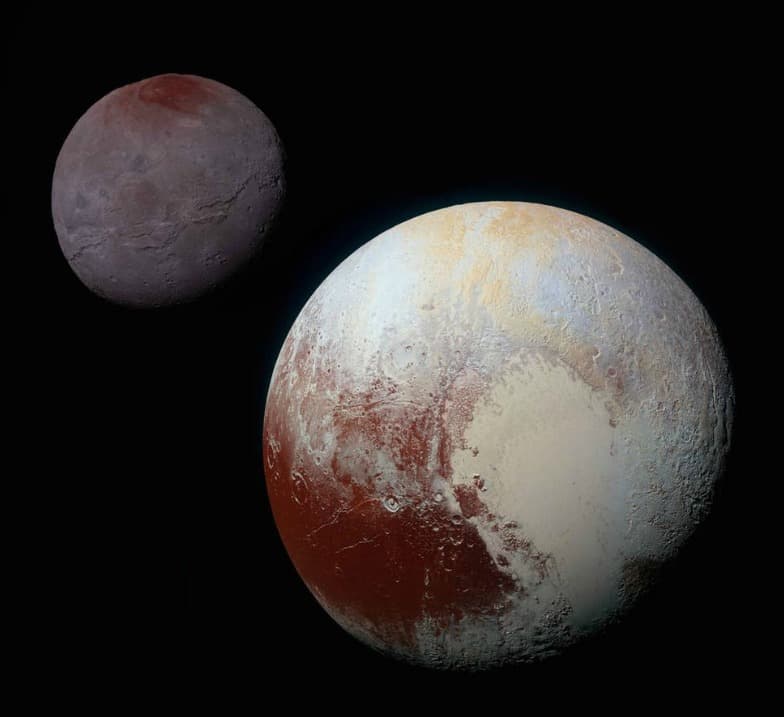 Even though New Horizons' main objective was realized back in July, we've only seen a small fraction of the images and data collected during its historic flyby. More will continue to trickle through in the coming weeks and months.

In the latest batch from NASA, we get the best look yet at Pluto's weird and wonderful moon, Charon.

Besides the rust-colored spot near the top (known as Mordor Macula), the most fascinating, eye-catching feature is the long "scars" stretching all the way across Charon north of its equatorial region. These features—comprised of a series of canyons, chasms and fractures—show a mere sliver of this strange moon's turbulent past.

For perspective, researchers calculate that the canyons span approximately 1,000 miles (1,600 km) across—making them roughly four times longer than Earth's Grand Canyon (they are also twice as deep in some parts)—which is impressive given Charon's 728-mile (1,172-kilometer) diameter. In all likelihood, they may stretch a bit farther, perhaps even expanding beyond the face of Charon.

The mechanism by which they formed is unclear, but we do know something extraordinary must have happened for Charon's crust to be split in two.

There are a few working theories. One suggests that they are evidence of something called cryovolcanism, which would suggest that Charon harbors a subsurface body of water. According to Paul Schenk, a New Horizons scientist, the "internal water ocean could have frozen long ago, and the resulting volume change could have led to Charon cracking open, allowing water-based lavas to reach the surface at that time."

Regardless, the complexity of Charon's surface features is surprising. Prior to the arrival of New Horizons, astronomers believed it would be relatively featureless. Now that we've glimpsed this diverse world, we know that it is unlike anything we've seen before. In fact, merely one other moon comes close—and that moon is Iapetus. The difference is, its features, while large, protrude.

This image, taken during the flyby, can resolve details down to 1.8 miles (2.9 kilometers).