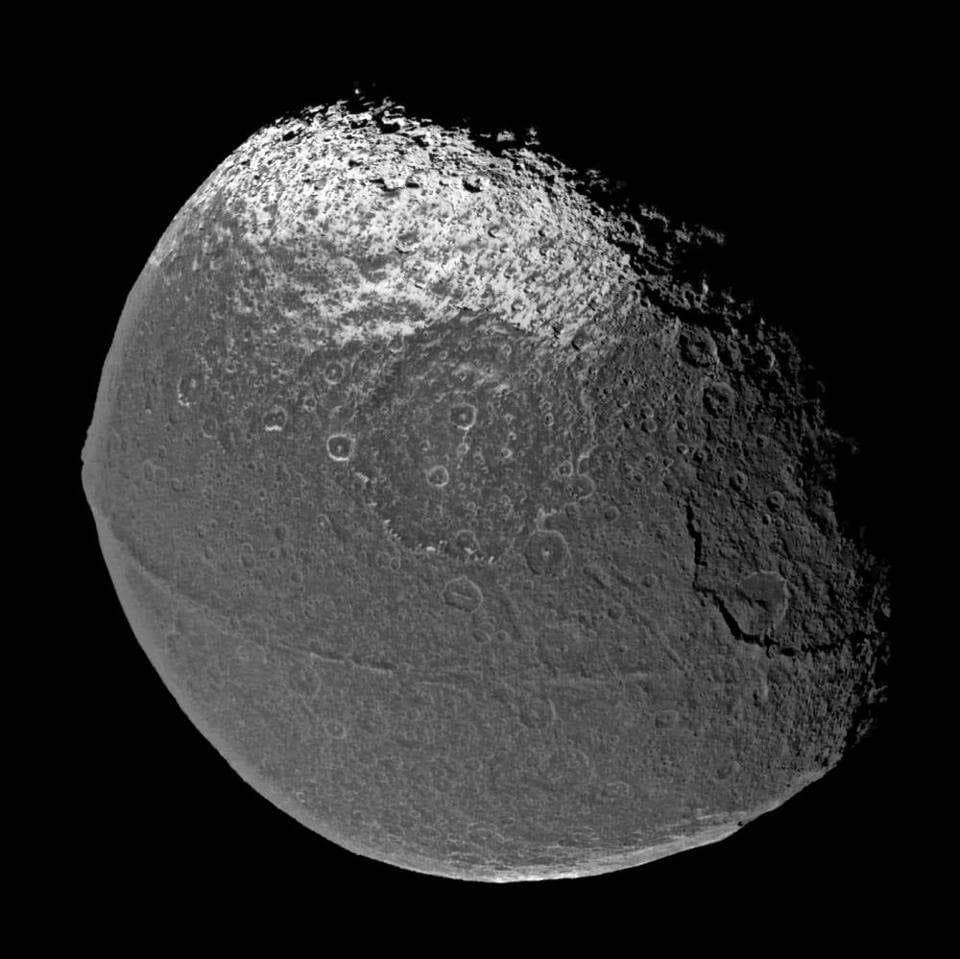 Saturn’s Moon Iapetus has a unique feature which was, until recently, a complete mystery.

Running along its equator is this weird ridge of mountains. The mountains run exactly along the equator, are perfectly straight, and—so far—haven’t shown up like this on any other planet or moon. They’re also the only such mountains anywhere on Iapetus’ surface (reaching as high as 63,000 feet tall). (Giving this strange moon the propensity for ice avalanches!) Pretty weird, right?

This ends up giving the moon an appearance like that of a Tootsie Roll pop (or a walnut, depending on your tastes.)

So...why did this weird ridge form?

Up until last year, no one really knew. But a team of researchers dug into the challenge, and presented a pretty good theory.

The only other moon that might have formed far enough away from its planet to have this kind of feature is Uranus’ moon, Oberon, which has barely been observed so far. So although Iapetus’ ridge is unique for now, it might have company someday. Someone needs to go out to Oberon with their digital camera to find out!