Can Science Prove Anything? 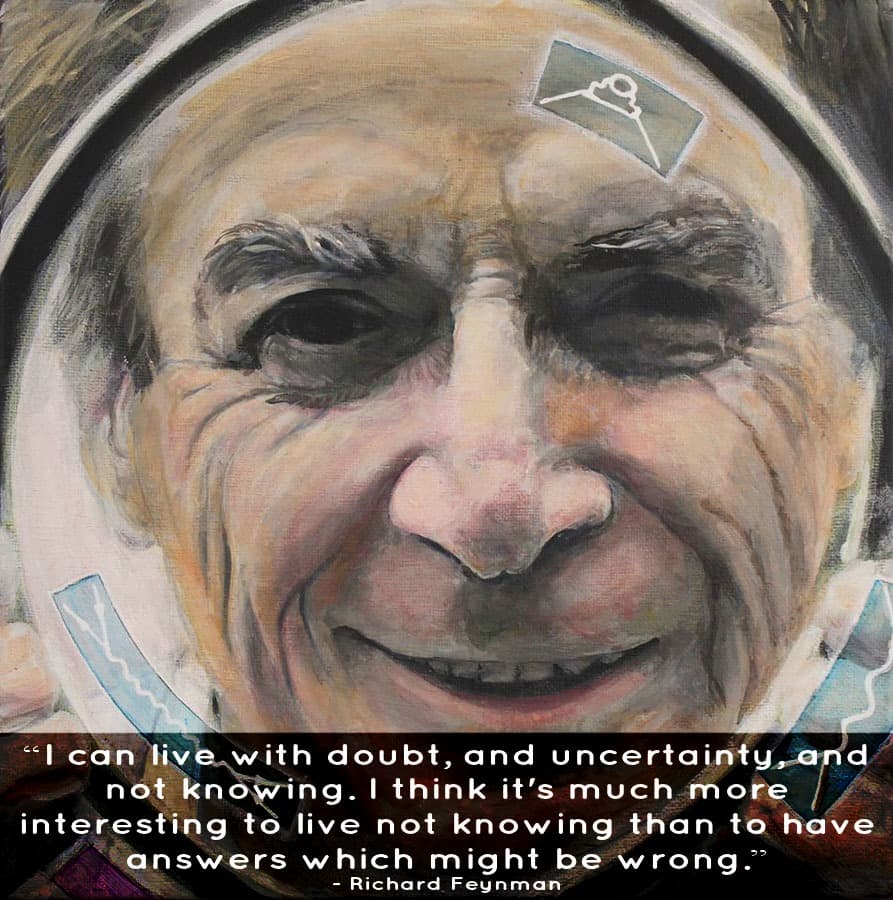 There are few things more annoying than grammar Nazis or people that are semantics sticklers. However, there are instances where phrasing is monumentally important.  Don’t ever say around me that science has “proven” something unless you want an ear full.  Understanding why that phrase is problematic is essential to understanding the most important tool humans have ever devised to understand reality - science.

When it’s ok to use the word ‘proven:’

There are certain contexts where the word ‘proven’ is applicable.  These are situations where there are absolutely no alternative explanations and no possibility of finding contradictory evidence.  To reiterate, no possibility. The only time that this is true is in relation to math and logic.  Within both of those fields statements are proven by the definitions of the terms involved.  1+1=2 because that’s how we define 1 and 2.  If A is B and B is C then A is C.  It has to be.  It's proven because that’s how we are defining the terms.  This is different from science, though.

Why you should never use ‘prove’ within a scientific context:

In short, you should never use this term in order to avoid embarrassment.  The history of science is replete with examples of people that were positive they had proven something.  Ever heard of caloric (no, not calories)?  It was thought to be a substance which flowed within material to carry heat.  As far as scientists of the 1700’s and before were concerned it was proven - just put your hand on the handle of a pot and feel as the caloric flowed into it as the pot heated up.  Nope.  Wrong.  What about phlogiston?  It was thought to be the substance trapped within combustible material that could produce fire.  They had proof - burn something and the phlogiston was released.  Ether is another great example.  Scientists thought that there was an atmospheric like substance that permeated the entire universe.  It was “proven” by the ripples seen in double slit experiments, which seemed to send waves through the ether like a stone cast into a pond.  Nope. Not a thing.  Photons have wave like properties.  The list of "proven" and then disproven scientific phenomena also includes humors, a flat Earth, heliocentrism, the list goes on and on.

Our eyes play tricks on us.  So do our measuring devices and their operators.  That said, there are very good safeguards that we can use to verify data- like replication, trials, and using multiple, independent means of measurement - but still, measurement error is a fact of almost every researchers  life.  It's inescapable in science.

Even if your data is (hypothetically) perfect, free from all error, the mind that interprets the data isn’t.  We have ways of seeing the world that have been programmed by evolution.  For instance, we're programmed to see faces, so we see them even when they aren't.

We also have biases and motives.  There are very few people that want to publish a journal article saying that all their work was pointless and invalid.  This publication bias towards not wanting to publish negative results is so significant that a whole medical journal call the Journal of Negative Results in Biomedicine was set up to combat the problem. Many people want to publish work that is fund-able and supports the opinion of those that pay the bills.In short, the human mind is fallible, and because of that, so are some of its conclusions.

The mantra of every good researcher (which is a great many of them) is, “I need more data!”  However, a finite amount of time, insufficient abilities, and limited resources restricts the amount of information that is used by scientists to draw conclusions.  We have to understand that it is possible (no matter how unlikely) that, at any time, new and contradictory information could arise (either because our sample was biased, to small, or there were other factors are at play that impacted the validity of the research and its conclusions).

“Scientific knowledge is a body of statements of varying degrees of certainty — some most unsure, some nearly sure, but none absolutely certain.” - Richard Feynman

“I can live with doubt, and uncertainty, and not knowing. I think it's much more interesting to live not knowing than to have answers which might be wrong. I have approximate answers, and possible beliefs, and different degrees of certainty about different things, but I'm not absolutely sure of anything.” - Richard Feynman

It isn’t that we can’t ever come to a conclusion.  We can.  It also isn’t that we can’t ever be confident about our conclusions.  We definitely can.  In fact, we can be  confident far beyond any reasonable doubt (if our conclusions are supported by a preponderance of evidence).  However, and this is the central point that I am trying to make, we can never be fully beyond any doubt.  We can be confident - incredibly, absolutely, positively confident - just never certain.  This is the humbling and mysterious liminal dwelling place of all scientists.

The fact is, no matter how certain you are, you (and I!) could be wrong.  And that’s ok.  Life, reality, and the world will go on.  Besides, it’s fun living with a little mystery.  There’s an air of excitement that our universe could surprise us at any moment with a new and unexpected side of itself.  As scientists, may we all be open to surprises, humble enough to admit when we’re wrong, and curious enough to keep digging for the truth.  Science on, friends.