"If this works out, then humanity can really go interstellar."

You’ve heard it said that the quickest route from point A to point B is the straightest path. Nowhere more does this apply than in space, where distances are measured by the direction that light travels, which is fairly straight. However, astrophysicist René Heller from the Max Planck Institute for Solar System Research in Göttingen, Germany thinks there’s more to interstellar travel than just a straight path.

Heller and his colleagues, in a recently published article, argued that traveling to a star isn’t just a function of distance, but also of how bright the star is. The concept is called a photogravitational assist. Simply put, the light emitted by a star powers photon or light sails (remember Count Dooku’s ship?) traveling in space.

Their calculations initially surprised Heller, he told New Scientist. However, the math is simple and sound: the time that it takes to travel to the nearest star is a function of distance divided by the square root of a star’s luminosity.

Following these calculations, this means that we could get to Sirius faster than we could to any star in the Alpha Centauri system simply because it’s 18 times brighter, despite being twice as far as Proxima Centauri. We could reach Sirius in just 69 years, compared to the 140 years it would take to reach Proxima Centauri. 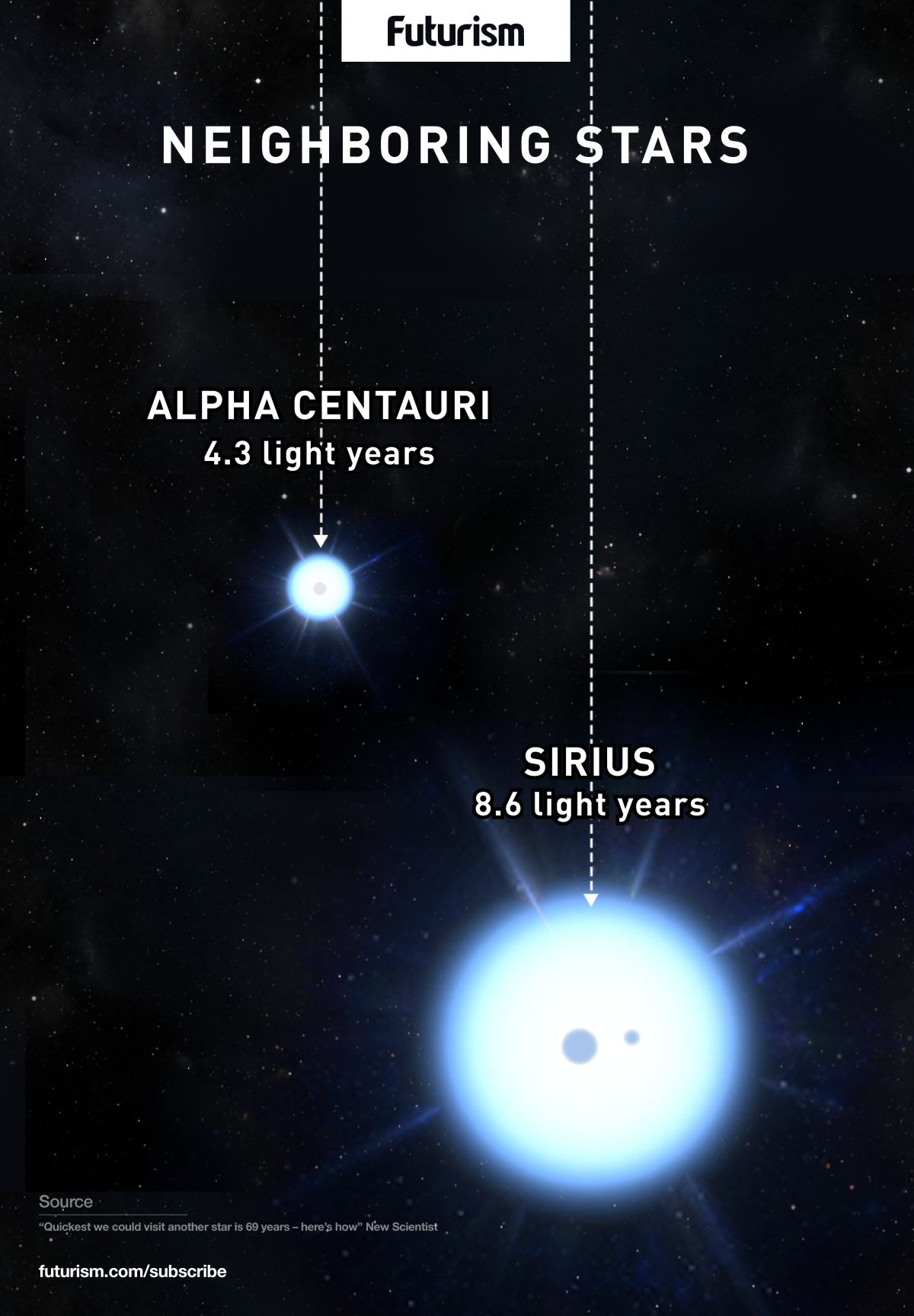 To do this, “We need a very light, solid, temperature-resistant, and highly reflective sail material that can span an area of several hundred meters squared,” Heller said. It could be graphene-based and coated by some metamaterial.

A similar effort by Breakthrough StarShot proposes using light sails to travel to Alpha Centauri. According to their calculations, it would take them only 20 years to make the journey. However, they only computed for a flyby mission that would last a couple of seconds, which wouldn’t allow them to observe that much. So, while it would present a unique and incredible opportunity to explore the Universe farther than we ever have before, it wouldn’t allow scientists to collect a lot of data.

In this case, Heller’s unusual route presents an advantage. “If this works out, then humanity can really go interstellar,” he said.

“Magnetic Sails” May be the Key to Interstellar Spacecraft

Here Is the Future of Interstellar Spacecraft

These Satellites Are the Smallest to Ever Reach Earth’s Orbit

When Will the First Human Leave the Solar System?