This Light-Powered Craft Is Paving the Way to Alpha Centauri

Using the power of one star to reach another. 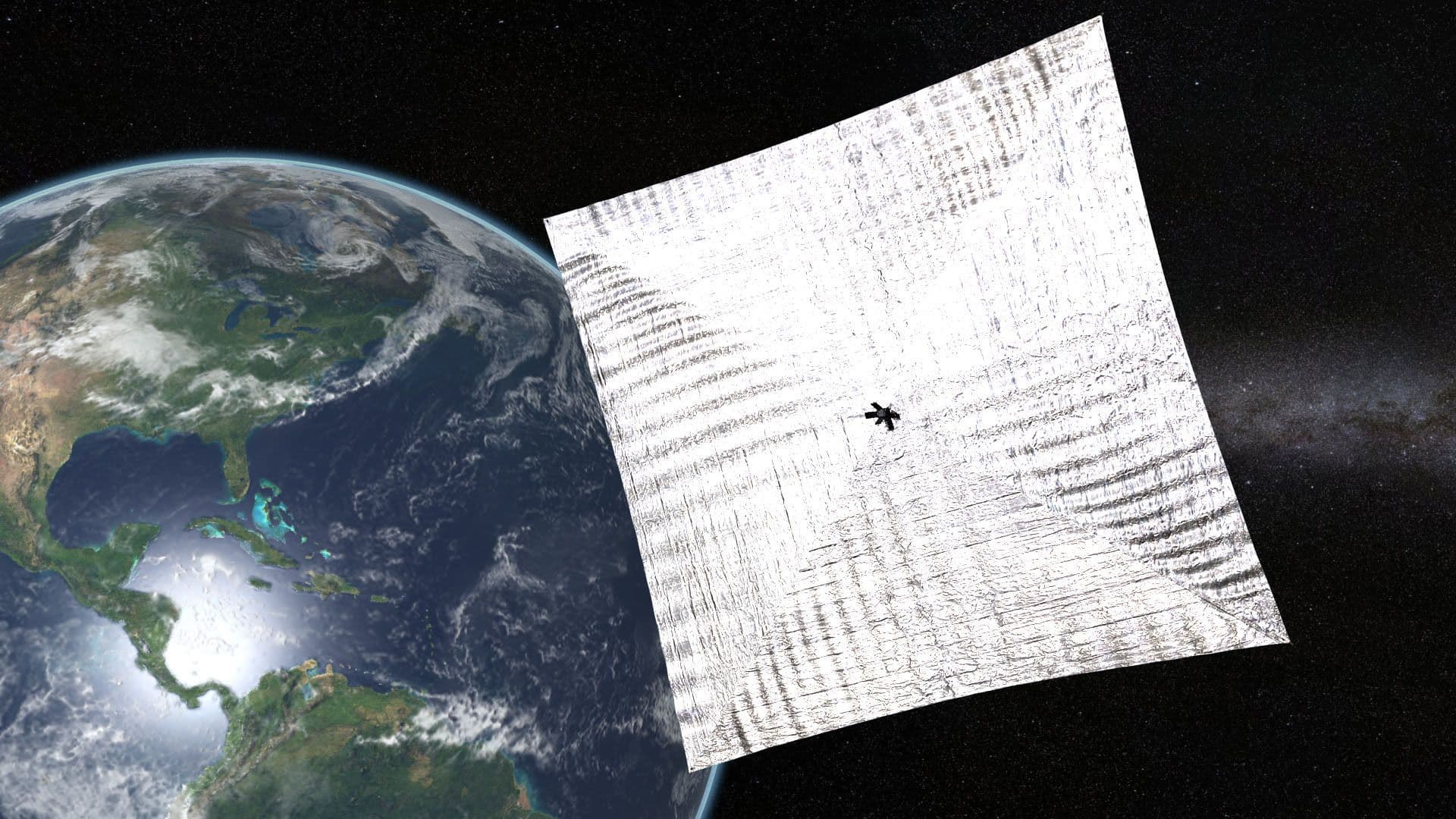 Everything seems to be sailing smoothly for The Planetary Society's citizen-funded spacecraft, LightSail 2. According to an official blog post, the CubeSat completed what is expected to be its final end-to-end systems test last week at Cal Poly San Luis Obispo.

"We test to find problems on the ground so we don't first discover them in space," explained Bruce Betts, director of science and technology projects for The Planetary Society. "Today, we were able to validate improvements and updates that have been made since our last test in May."

In May 2015, LightSail 1 was launched aboard an Atlas V rocket. While the sails did work and the deployment system also functioned well, LightSail 1 didn't get enough orbit for actual solar sailing. With LightSail 2, the team expects to go much further. This final test was an end-to-end run-through of LightSail 2's launch sequence before it is combined with the P-POD spring-loaded box that will carry it into space.

The tests started with the release of the spacecraft's power-inhibit switches, which kicked off its autosequence. Five minutes later, its antenna deployed as expected. Forty-five minutes after that, it started to relay its regular beacon transmissions, which were received over-the-air by Cal Poly's ground station. The transmission contained a review of LightSail 2's telemetry, and everything seemed to be in order.

After a few more actions, the four solar panels were deployed with equal ease. Finally, during the important boom deployment phase, the team did face a few challenges, but those were quickly resolved, and LightSail 2 opened its sail booms. During its actual mission, reflective sails measuring 32 square meters (344 square feet) in size will be attached to those booms to propel the craft using the power of the Sun.

Traveling to the Nearest Stars

LightSail 2's design is reminiscent of Count Dooku's personal spacecraft in "Star Wars." It will sail across space powered by the Sun and uses technology that makes it capable of traveling to the Earth's nearest star neighbor, Alpha Centauri (it's not the only initiative aiming to make that trip).

Before it heads out on that mission, LightSail 2 is set to do an orbital run around the Earth by Fall 2017. It will be launched in space enclosed in Prox-1, a small satellite developed by Georgia Tech engineers. Both will be aboard SpaceX's Falcon Heavy rocket (just when you thought there might be a space exploration mission in the works that didn't involve Elon Musk...).

If LightSail 2 proves that solar sailing is feasible, it will open up a new avenue for interstellar travel. We would no longer need to send a rocket into space with all the fuel needed to complete a mission, fuel that currently accounts for 95 percent of a space shuttle's total weight. Our rockets could harness the power of the Sun to keep them going, expanding our reach farther into the cosmos than ever before possible.

Read This Next
Bill! Bill! Bill! Bill!
Bill Nye on Terraforming Mars: “Are You Guys High?”
Futurism
Does the Universe Really Go on Forever? Bill Nye Answers.
Futurism
Light Could Be The Answer To All Our Space Travel Problems
Futurism
Watch: Bill Nye on Why We Should Go to Mars
Futurism
Bill Nye Answers: If Humans Colonize Mars, How Will We Evolve?
More on Off World
Stunning Centaur
Yesterday on the byte
James Webb Spots Asteroid With Its Own Saturn-Like Rings
Grrrrrrrr
Friday on the byte
Internet Erupts as NASA Spots Cartoon Bear on Surface of Mars
Gl1tc4
Friday on the byte
NASA Says Another James Webb Instrument Has Suffered a Glitch
READ MORE STORIES ABOUT / Off World
Keep up.
Subscribe to our daily newsletter to keep in touch with the subjects shaping our future.
+Social+Newsletter
TopicsAbout UsContact Us
Copyright ©, Camden Media Inc All Rights Reserved. See our User Agreement, Privacy Policy and Data Use Policy. The material on this site may not be reproduced, distributed, transmitted, cached or otherwise used, except with prior written permission of Futurism. Articles may contain affiliate links which enable us to share in the revenue of any purchases made.
Fonts by Typekit and Monotype.