Blockchain Company Accidentally Gives Out $90 Million, Begs People to Give It Back

"Keep 10 percent as a white-hat. Otherwise, it’s being reported as income to the IRS, and most of you are doxxed." 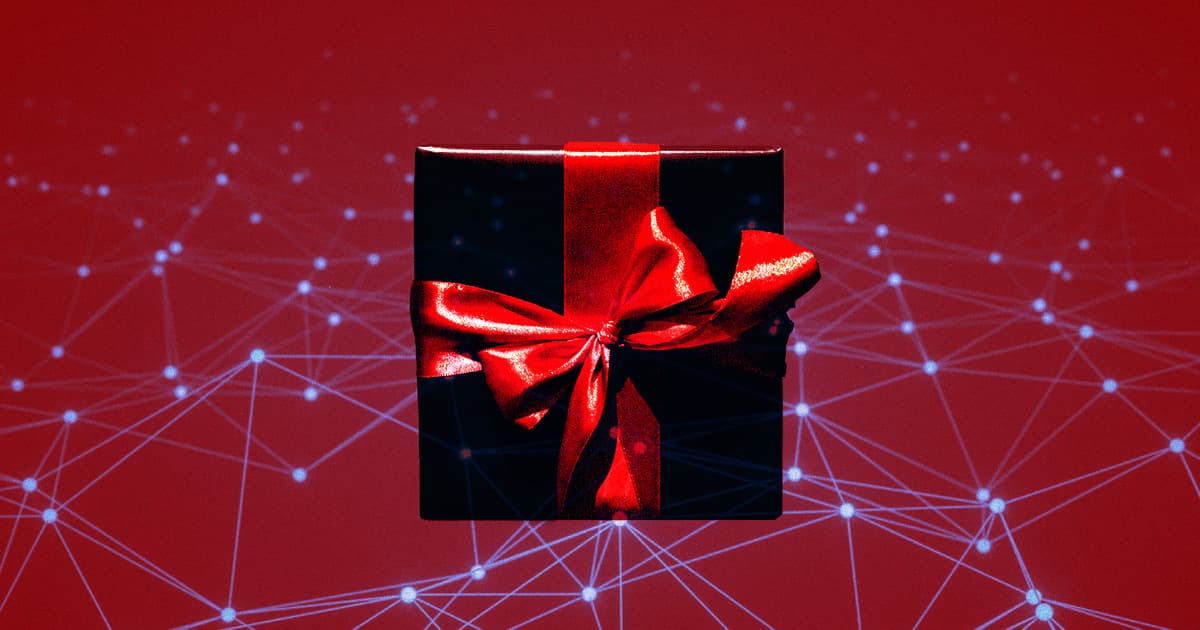 It's just another day in the Wild West of cryptocurrency markets.

Users of the blockchain startup Compound got an unusual surprise. Millions of dollars worth of COMP tokens, rewards for crypto mining, were mistakenly given out Wednesday night — and the exchange is now groveling and threatening for its money back.

A decentralized finance or "DeFi" protocol like Compound allows investors to trade directly with each other. Cryptocurrency exchanges, in contrast, are businesses that facilitate the exchange of assets for other kinds of assets, like trading cryptos for fiat currencies.

According to public records, the equivalent of around $90.1 million was given out in total. One user couldn't believe their luck, ending up with 70 million COMP tokens, worth around $20 million. "What's going on here?" they tweeted.

Now, of course, Compound is desperate.

"If you received a large, incorrect amount of COMP from the Compound protocol error: Please return it," Robert Leshner, founder of Compound Labs, tweeted Thursday night.

"Keep 10 percent as a white-hat," he added in the tweet. "Otherwise, it’s being reported as income to the IRS, and most of you are doxxed."

The founder seems to have had a change of heart after making the threat, though.

"I'm trying to do anything I can to help the community get some of its COMP back, and this was a bone-headed tweet / approach," he wrote in a follow-up tweet. "That's on me."

"I appreciate your ridicule and support," Leshner added.

The founder basically had his finger on the self-destruct button by threatening to unmask users.

"Doxxing their customers is about the worst thing a crypto company can do from a PR perspective," Mati Greenspan, portfolio manager and Quantum Economics founder, told CNBC.

Surprisingly, users have given back their money before when another money market called Alchemix had a similar incident, mistakenly giving out $4.8 million.

"Almost everyone who got the extra rewards refunded the extra," blockchain security researcher Mudit Gupta told CNBC. "This makes me optimistic that people will refund most of COMP tokens, as well, but you can never be sure," he said.

Read This Next
Regulating Crypto
Hillary Clinton Calls Out Crypto Exchanges for Letting Russia Bypass Sanctions
Sad!
Melania Trump Accused of Secretly Buying Her Own NFT to Avoid Disgrace
Greenwashing
World Wildlife Foundation Cancels NFT Project After Critics Point Out That It Was Actually a Huge Polluter
Stoking the Fire
Gaming Exec Says His Customers Are Idiots For Not Understanding How Great NFTs Are
Art Flop
Independent Artists Say NFTs Are the Bane of Their Existence
More on Future Society
I Silence Thee
Yesterday on futurism
Leaked Messages Seem to Show Elon Musk Using Twitter to Punish His Enemies
Gas Giant
Friday on the byte
Journalist Eats Lab-Grown Chicken, Gets "Weirdly Gassy"
Musk Rats
Thursday on the byte
Twitter Is Quietly Re-Suspending the Lunatics Elon Musk Let Back On
READ MORE STORIES ABOUT / Future Society
Keep up.
Subscribe to our daily newsletter to keep in touch with the subjects shaping our future.
+Social+Newsletter
TopicsAbout UsContact Us
Copyright ©, Camden Media Inc All Rights Reserved. See our User Agreement, Privacy Policy and Data Use Policy. The material on this site may not be reproduced, distributed, transmitted, cached or otherwise used, except with prior written permission of Futurism. Articles may contain affiliate links which enable us to share in the revenue of any purchases made.
Fonts by Typekit and Monotype.