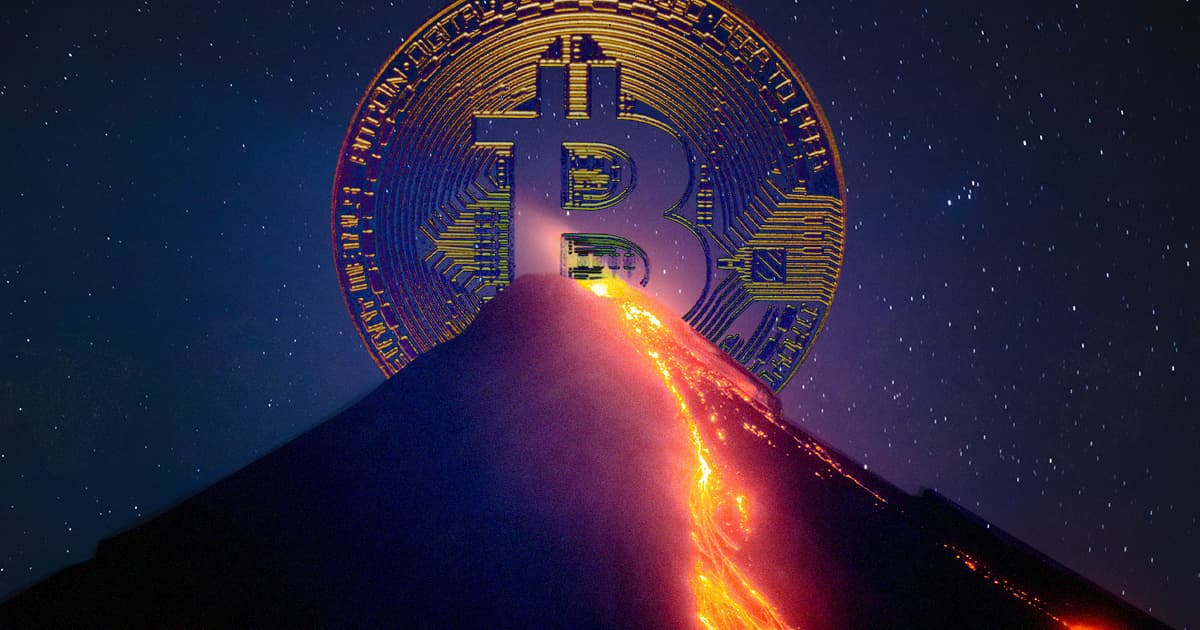 El Salvador has officially begun to mine Bitcoin using the power harnessed from an honest-to-god volcano — and the so-called "volcanode" has already made 0.00599179 bitcoin, or about $269, according to a tweet by president Nayib Bukele.

"We’re still testing and installing, but this is officially the first Bitcoin mining from the volcanode," Bukele wrote.

Relying on green geothermal energy to mine Bitcoin makes a lot of sense given that the process is extremely power intensive.

And El Salvador is all in on the trend. The small Central American nation became the first country to declare the digital currency as legal tender in June.

A video shared by the president shows the volcano-powered mining operation in action. It's an industrial plant built in the middle of a lush forested area. The Santa Ana volcano can be seen in the background.

In June, Bukele promised to "put up a plan to offer facilities for #Bitcoin mining with very cheap, 100% clean, 100% renewable, 0 emissions energy from our volcanos," in an announcement on Twitter.

Several months later and Bukele seems to have come good on his promise — even though the country's earnings are still rather limited.

It also wouldn't be the first operation of its kind in the world.

The project has garnered a lot of good press for Bukele's administration, but his many critics argue it's serving as a distraction from much more pressing problems. Bukele has made several big moves to consolidate political power, earning him the nickname "the dictator of El Salvador."