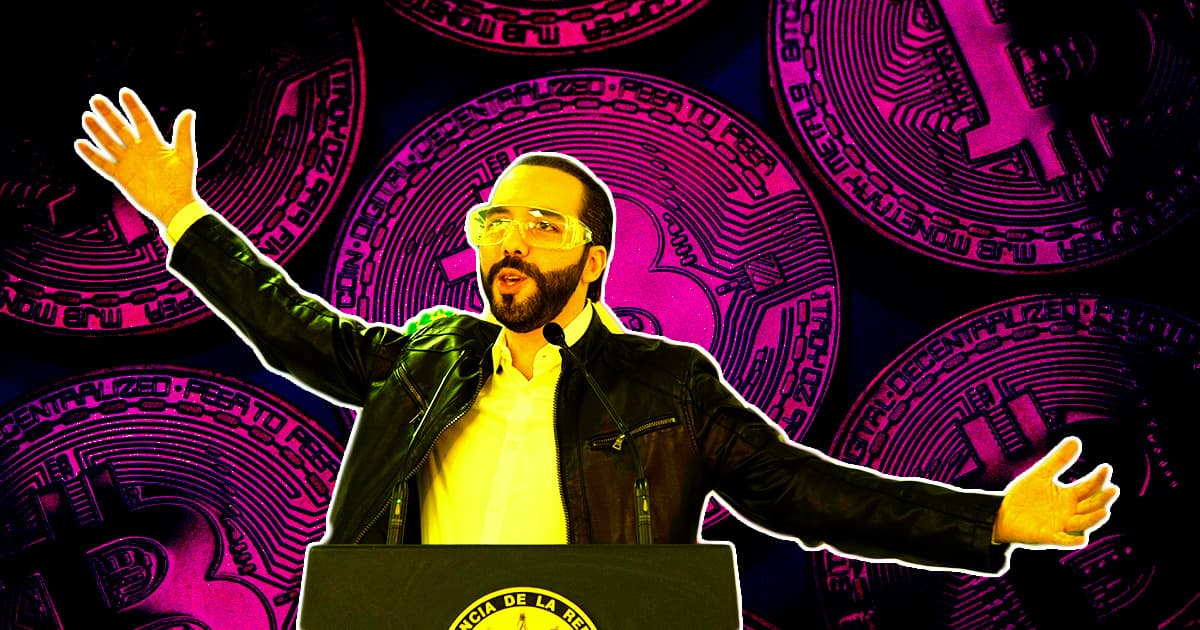 The self-anointed "dictator of El Salvador" just "bought the dip."

The self-anointed "dictator of El Salvador" just "bought the dip."

El Salvador recently became the first country to accept Bitcoin as legal tender — and thanks to a recent dip in the value of the digital currency, president Nayib Bukele is looking to cash in.

Bukele announced he bought 150 bitcoins over the weekend, equivalent to around $6.7 million.

The president also took the opportunity to dole out some "presidential" advice: "They can never beat you if you buy the dips."

It's a bizarre instance of the head of a government actively leaning in on investing funds on a highly volatile currency that many see as a distraction from much more pressing issues.

Bitcoin lost about 16 percent of its value since Bukele announced the country's first acquisition of the crypto, according to Bloomberg. As of this morning, the value had dropped to around $42,500, its lowest value since the beginning of August.

Bukele is making active moves to consolidate power, causing his critics to call the 40-year-old head of state out for acting like a dictator. In May, Bukele announced sweeping legal reforms, firing all judges over the age of 60 and the attorney general.

In response, he changed his Twitter bio to read "Dictador de El Salvador."

He's also been criticized for extremely conservative social policies. In recent posts, he reiterated his views that birth starts at conception and that same-sex marriages should not be allowed.

The move to roll out Bitocin as a national digital currency has been highly controversial.

Bukele's many critics have viewed the purchase of Bitcoins as a distraction from much more pertinent issues facing the small nation, such as the dismantling of democratic institutions. Others have called the rollout of a Bitcoin currency backed by the government a "scam."

By design, there's no guarantee of a bright future when it comes to Bitcoin. Buying the dip is certainly a popular way to cash in — but it's unlikely to rescue an ailing economy if the dip persists.

More on El Salvador: This Country Plans to Be the First to Accept Bitcoin as Legal Tender