Bill Gates Is Working With Geneticists to Create the “Perfect” Cow

"You can have a cow that is four times as productive with the same survivability." 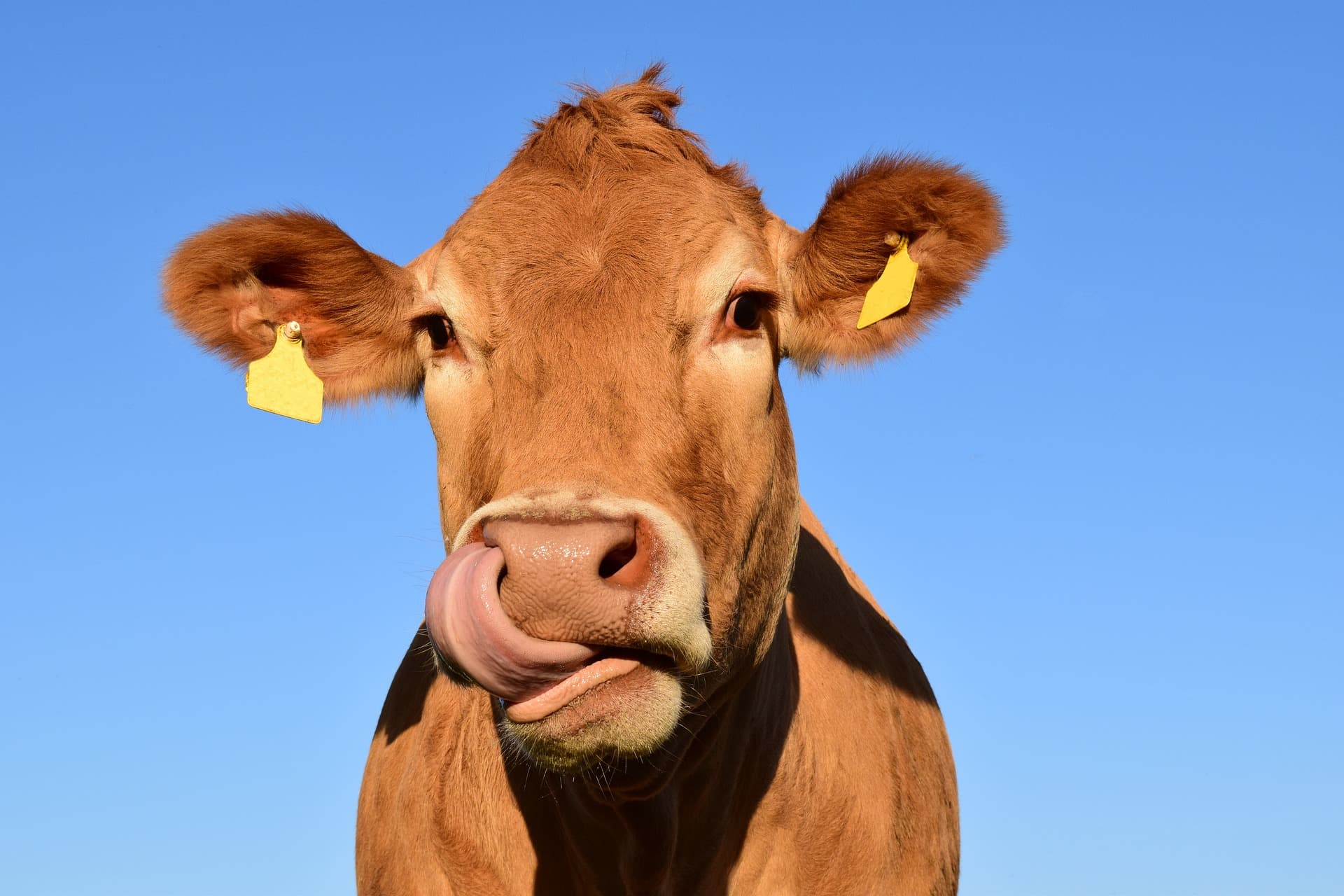 A Cow That Has It All

Tweaking genes could be one way of increasing the hardiness of some livestock breeds. By isolating desirable genetics traits from European and African cow breeds, geneticists hope to design a cow that produces high quantities of milk and is also able to withstand exceptionally high temperatures.

An Edinburgh-based nonprofit, GALVmed (Global Alliance for Livestock Veterinary Medicines) just received $40 million from Bill Gates to conduct genetic research with this aim in mind. “You can have a cow that is four times as productive with the same survivability,” Gates told the Times.

The philanthropist told the BBC that he was investing in the nonprofit’s research because “there is great […] understanding here of both animal diseases and how we can treat it, and how we enhance the genetics so that you can get, say the same type of milk or egg productivity that we have in the U.K.”

Creating cows that can survive hotter temperatures and produce the same amount of milk as their counterparts that reside in more temperate climates would be a boon to livestock farmers in those hotter climates. Achieving results in Africa “would be very transforming,” Gates mentioned.

GALVmed helps make livestock vaccines and medicines accessible to the world’s poorest farmers, genetic engineering could be another means of improving those farmers’ livelihoods.

Bill Gates is not alone in the idea that genetically engineering better food resources could reduce poverty and help poor farmers. In the 1970s, agronomist Norman Borlaug helped deploy high-yield, disease-resistant crops that saved more than one billion lives — a global effort known as the Green Revolution.

The Cost of More Meat

Undoubtedly cows that produce more milk and thrive under the scorching sun would confer immediate benefits for farmers. But an increasing number of experts believe that the goal of boosting the global meat industry is shortsighted. Meat production produces a disproportionate amount of greenhouse gas emissions per unit of protein, compared to edible plants.

According to an analysis from the Food and Agriculture Organization (FAO), global livestock produces 14.5 percent of all emissions that are a result of human activity. As more people climb out of poverty and can choose a diet rich in meat, those emissions — and their associated impact on global warming — will only increase.

Moreover, meat production also requires a lot of water — approximately 15,000 liters per kilogram of beef. The FAO also estimates that livestock farming occupies around 30 percent of available land on the Earth’s surface — swathes of land that could be used to feed people instead of animals. Some experts even argue that the meat industry hurts the global poor. If all the grains used to sustain livestock were instead given to humans, there would be food for an additional 3.5 billion people.

Bill Gates conceded that boosting meat production raises some serious ethical questions, but he believes that farmers in poor countries should be entitled to the same technologies people enjoy in industrialized economies.

“While there are legitimate questions about whether the world can meet its appetite for animal products without destroying the environment, it’s a fact that many poor people rely on cattle for both nutrition and income,” he wrote in a blog post. “I believe they should be able to raise cattle as efficiently as farmers in rich countries do.”

Read This Next
Futurism
A California City Is Gearing Up To Test Universal Basic Income
Futurism
Clean Air Is Now a Status Symbol in the World’s Most Polluted Cities
Futurism
This UN Tracker Shows That Even Far-Fetched Voluntary Pledges Actually Make a Difference
Futurism
How Earth’s Most Extreme Environs Are Key to Humanity’s Future
Futurism
Once And For All, Here’s What Science Says About GMOs
More on Future Society
Galactic Vibrations
Yesterday on the byte
There’s Something Weirdly Sexual About the Tom Cruise Space Station
HODL Problems
Yesterday on futurism
An Entire Country Switched to Bitcoin and Now Its Economy Is Floundering
Yawn
Yesterday on the byte
Metaverse “Rave” Shows People Standing Perfectly Still With Zero Energy
READ MORE STORIES ABOUT / Future Society
Keep up.
Subscribe to our daily newsletter to keep in touch with the subjects shaping our future.