Norman Borlaug: A Man Without Compare 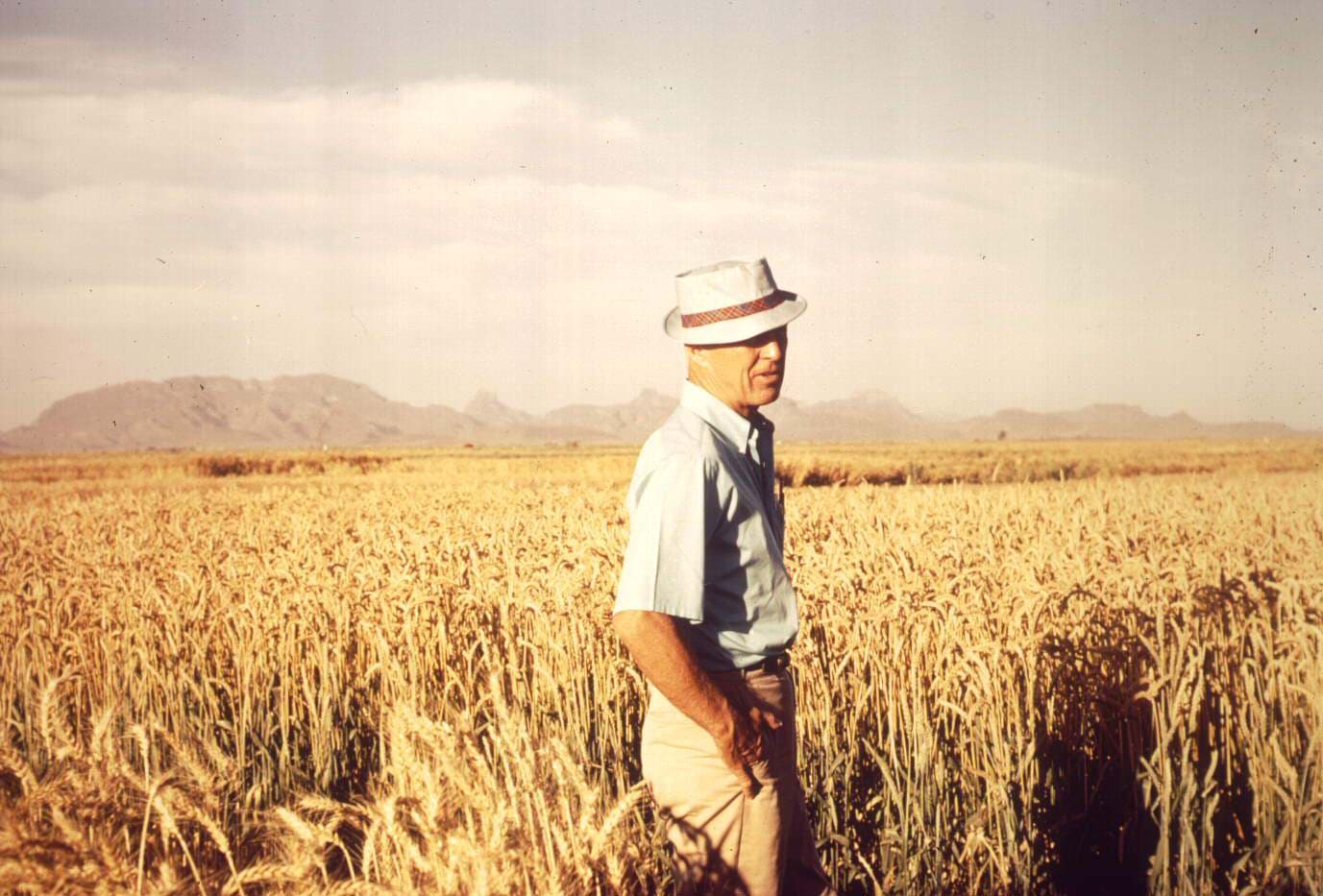 His name was Norman Borlaug, and in a time when it looked like humanity was heading towards a global disaster of famine and starvation, he defied what seemed to be our predetermined destiny, and he fed the world.

An agricultural scientist, his work on high-yielding, disease resistant crops gave rise to the Green Revolution, won him the Nobel Peace Prize, the Congressional Gold Medal, and over 50 honorary Doctorate Degrees. Most importantly, he is estimated to have saved the lives of one billion people.Take all the victims of Hitler, Stalin, Mao, Pol Pot, and the Kim family of North Korea, and then add them all up. Then multiply that number by three. The number you get is still shy of the number of lives that Norman Borlaug managed to save. This may sound like an exaggeration--it may be hard to believe that one man could do so much--but he did.It will likely take centuries, if not millennia, before a human being as great as Norman Borlaug is born, and when he or she is, the statistics will likely indicate that it is thanks to Norman Borlaug that this individual's ancestors did not die from starvation as an infant.

Yet, despite his great achievements, he remains almost unknown by his own people. One would think that saving hundreds of millions of lives (if not more), winning the Nobel Peace Prize, and being regarded in many parts of the world as the leading American of this age...it would be enough to make someone a household name within America.

And yet, very few Americans are able to say who Norman Borlaug is. So take some time to get to know him.

Borlaug is best known for making wheat cultivars (plants that are produced through the process of selective breeding) that are resistant to disease. As the word "cultivar" indicates, he was able to create this disease resistant strain by mixing phenotypically similar lines that had different resistances.

To break this down a little more, essentially,  he took strains of wheat that were similar in their biochemical makeup, but were resistant to different diseases, and spliced them together. The resulting strain was resistant to all of the diseases that each of the individual strains had a resistance to.

Though this may sound like a simple process, it took Borlaug nearly a decade of work in order to get an effective strain.

And that's not all. He also made the strain a semi-dwarf, as dwarf strains produce thicker stems and, as a result, yield more wheat. And he blended Japanese and American strains in order to create a variety that would thrive in tropical locations.

In the end, with these semi-dwarf, high-yield, disease-resistant wheat varieties, Borlaug vastly improved wheat production in some of the planet's most depressed areas (most notably, India, Pakistan, and Mexico). Indeed,  Borlaug himself led the introduction of these high-yielding varieties and modern agricultural techniques in the aforementioned countries.

Consider the potential of a single human. Consider all those, born and unborn, who have or will have, Norman Borlaug to thank for their survival. Consider every engineer and scientist, every factory and construction worker, every doctor and nurse, every teacher, every entrepreneur, every firefighter, every architect, every plumber, every mathematician, every artist, every author, and every farmer this man's work has bought us.It is not just people in the Third World who are indebted to Norman Borlaug. We all are.

Of course, he has his detractors. There are those who fear overpopulation and, consequently, think that people should be left to starve in order to maintain our numbers. However, we cannot use inaction as a way of throwing off our culpability. If overpopulation is an issue (and indeed, it seems that it is fast becoming one), then it is something that we need to confront, not turn our backs on.

If we want to be able to utter the word "brotherhood" or "equality" or "compassion" at any time in the future with any semblance of honesty, we should work to provide food and family planning options to those in countries that currently lack access to natural resources and basic methods of birth control. We should use science to confront and curb our impact.

Or, if we are going to refuse to reach out, if we are too worried about our economy, if we think we should only be obligated to attend to the needs of our own nation, if we are going to do nothing and sentence people to death as a means of "confronting" over population— because it's easier, because it's cheaper—then the least we can do is stand up and boldly announce this...not make a demon out of a man who was trying to feed people.

But he does not need me as a defender, because Borlaug faced his detractors with candor and vigor. He believed that we need to make sound ethical decisions about overpopulation, that we must develop a sustainable future, that we must not try and wash our hands of personal responsibility by leaving untold millions to die of starvation.

To his detractors, Borlaug had the following to say:

"Some of the environmental lobbyists of the Western nations are the salt of the earth, but many of them are elitists. They've never experienced the physical sensation of hunger. They do their lobbying from comfortable office suites in Washington or Brussels. If they lived just one month amid the misery of the developing world, as I have for fifty years, they'd be crying out for tractors and fertilizer and irrigation canals and be outraged that fashionable elitists back home were trying to deny them these things....Africa, the former Soviet republics, and the cerrado are the last frontiers. After they are in use, the world will have no additional sizable blocks of arable land left to put into production, unless you are willing to level whole forests, which you should not do."

"At a time when doom-sayers were hopping around saying everyone was going to starve, Norman was working. He moved to Mexico and lived among the people there until he figured out how to improve the output of the farmers. So that saved a million lives. Then he packed up his family and moved to India, where in spite of a war with Pakistan, he managed to introduce new wheat strains that quadrupled their food output. So that saved another million. You get it? But he wasn't done. He did the same thing with a new rice in China. He's [did] the same thing in Africa - as much of Africa as he's allowed to visit. When he won the Nobel Prize in 1970, they said he had saved a billion people. That's BILLION! That's Carl Sagan BILLION with a "B"! And most of them were a different race from him. Norman is the greatest human being- and you've probably never heard of him."

There is only one race— genetically, biologically—and it is human.