Physics may be to blame. 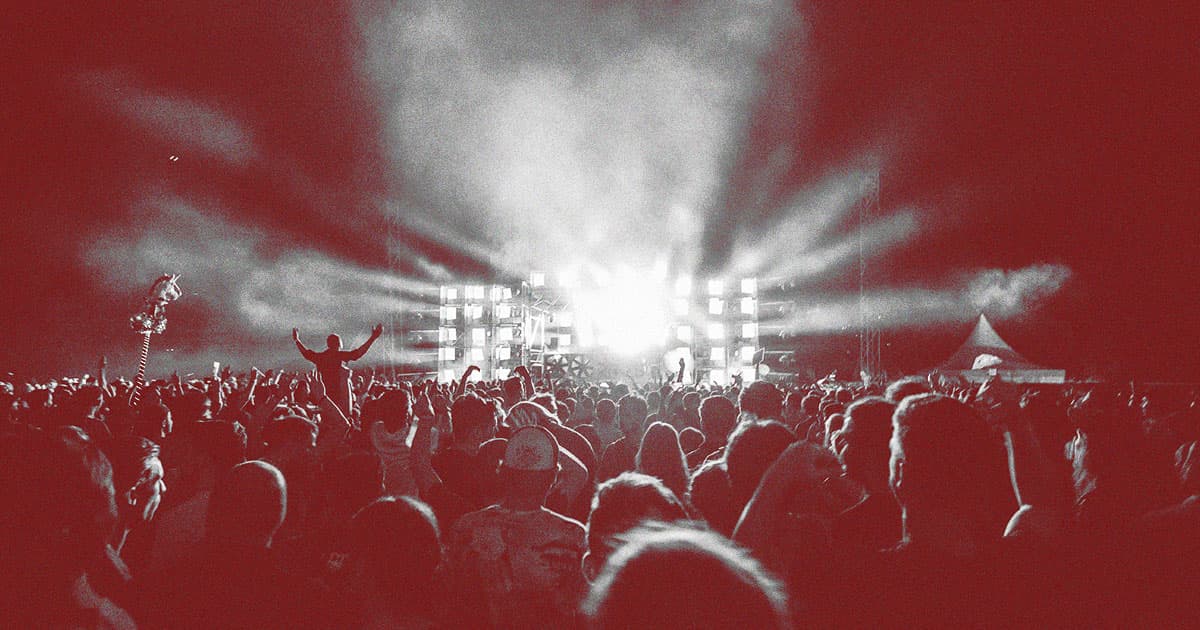 The complex crowd dynamics that led to a growing number of deaths at musician Travis Scott's Astroworld festival may be even more gruesome than originally thought.

As Business Insider reported, physics may help explain what went wrong at the Houston festival, making the tragedy appear more and more like a perfect storm of dangerous circumstances. Mass deaths, even at outrageously rowdy concerts, remain vanishingly rare.

First, the hard facts: during Scott's performance on November 5, a massive surge towards the stage appears to have caused nine people to die from injuries sustained during Scott's set. The "Sicko Mode" rapper, who headlined and organized the annual festival, denies that he was aware of the deadly crowd surge until after his performance was over, while the Houston police chief claims that he personally tried to warn the rapper ahead of time about "public safety concerns."

Beyond apologies from Travis Scott and his partner Kylie Jenner, which include vows to pay for funeral and mental health costs for all affected by the tragedy, there's still a lot of speculation and blame-slinging about what really happened at Astroworld.

Much of the blame has come down on Scott and the people he hired to organize and do crowd control. There's also been a widespread perception that the panic rippling through the crowd was the main culprit behind the deaths and injuries, which included at least 11 heart attacks among the young and presumably healthy concertgoers.

As noted by Business Insider, science — and specifically, the physics theory behind the study of gases and liquids — may provide some answers to the massive questions surrounding the Astroworld tragedy.

"When people are loosely packed in a crowd, with fewer than four people per square meter, they have room to make and act on their own decisions," the report noted. "But when crowd density rises above four people per square meter, and especially to six or more, something strange happens: People get pressed together so tightly that they begin to move together as one unit, with waves of pressure and release."

"In other words," the article continued, "human bodies behave like a fluid. That appears to be what happened at Astroworld on Friday."

Citing a 2017 Smithsonian magazine article printed in the days before Donald Trump's inauguration — which, for those who can remember that far back, caused both speculative and real-word concerns for mass violence and hysteria — BI's Astroworld report alluded to the physics of fluid dynamics while quoting concertgoers who described "waves" of bodies pushing and pulling in the chaotic crowd surge.

When crowds become extremely dense and people start falling, computation social scientist Dirk Helbing told Smithsonian in 2017, it can create a "black hole" effect in which people, as well as items of clothing and shoes, can get sucked in. There's then a ripple effect: the more people who fall into these "black holes," the more those around them fall as well.

"It was like a current, almost, in an ocean," 20-year-old concertgoer Reese Bludau told Houston's KHOU news station. "I had four to six people touching me at all times. It felt like I had probably 15 to 20 pounds on my chest and back."

While the legal blame for what happened at Astroworld will no doubt be duked out in courtrooms for months or years to come, one thing is for sure: this was, in no way, the crowd's fault.

"I've not seen any instances of the cause of mass fatalities being a stampede," British crowd scientist Keith Still told The Guardian in 2015, after a similar crowd surge lead to a mind-boggling death toll of more than 2,200 people going on religious pilgrimage in Saudi Arabia. "People don't die because they panic. They panic because they are dying."

Read This Next
Brands We Love
Pre-Order 'Cartoons From Tomorrow', Our Very Own Futuristic Comic Collection, Today... Or Tomorrow
Futurism
Holograms Are Resurrecting Dead Musicians, Raising Legal Questions
Futurism
Hollywood is Wrong: Netflix is the Future of Film
Futurism
Three Reasons People Are Calling Trivia App HQ the Future of TV
Futurism
Exclusive: The World's First Film Funded and Released on The Blockchain
More on Future Society
Gone Guy
Yesterday on the byte
Man Who Accidentally Got Paid 330x His Salary Quits, Disappears
Wipe It
Yesterday on the byte
Google Says It Will Automatically Delete Abortion Clinic Visits From Users' History
Vatican Vagrant
Jul 2 on the byte
Elon Musk Takes Flabbergastingly Awkwardly Picture With the Pope
READ MORE STORIES ABOUT / Future Society
Keep up.
Subscribe to our daily newsletter to keep in touch with the subjects shaping our future.
+Social+Newsletter
TopicsAbout UsContact Us
Copyright ©, Camden Media Inc All Rights Reserved. See our User Agreement, Privacy Policy and Data Use Policy. The material on this site may not be reproduced, distributed, transmitted, cached or otherwise used, except with prior written permission of Futurism. Fonts by Typekit and Monotype.