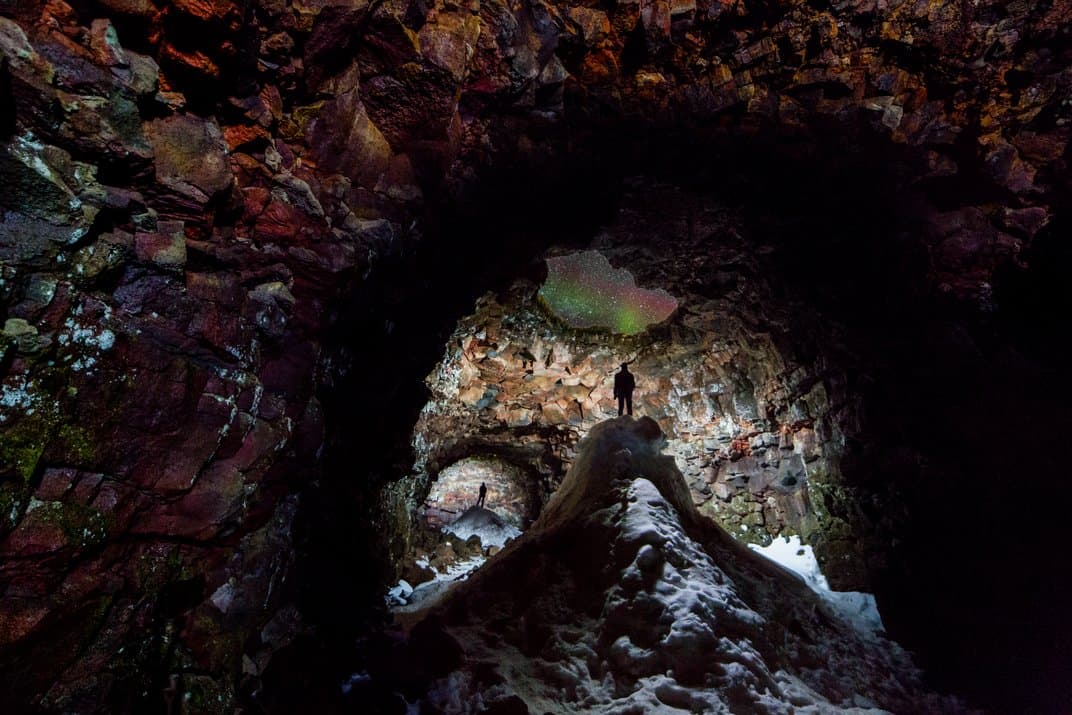 As this incredible image shows, infinity isn't nearly as far away as you might imagine. Ingólfur Bjargmundsson, an extremely talented photographer, captured this view within a remote lava cave in Iceland. The cave is lovely in and of itself, but the snow-capped mounts, which collect in certain parts of the cave where the roof has caved in, certainly add artistic value to the image. Even those are made dull when you look just north of the tiny figure standing on a mound in the dead center of the image — a small, but undoubtedly memorable, window into infinity.

At the time when the image was taken, the northern lights had reached their peak. They happen when high-energy particles (electrons, ions, protons and the like) emanating from the Sun's surface (usually discharged as solar wind) come in contact with Earth's magnetosphere, becoming excited when striking high-altitude particles and molecules trapped in Earth's atmosphere. Their colors vary based on the concentrations of gases, but green is usually the most prominent color (manifesting as a result of oxygen atoms that lurk some 60 miles/97 km above Earth's surface), as you can see here, a pinkish-purple color also happens on occasion. In its case, nitrogen is likely to blame.

Bjargmundsson's work of art is understandably a contender in the Astronomy Photographer of the Year contest, held at the Royal Observatory Greenwich (in London). The winners are expected to be announced later on this year in September. Until then, we'll be featuring many more of the images that are in the running.

See more of his work here, or see a larger image here.