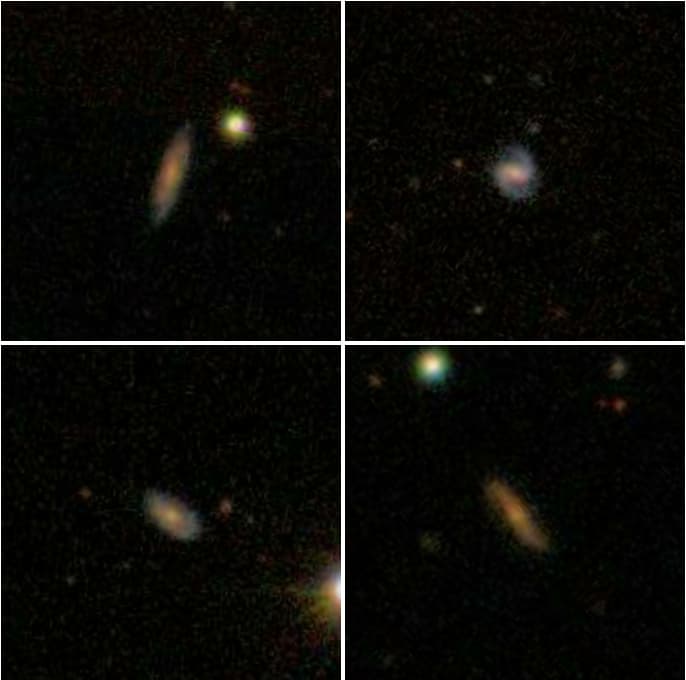 Using the world's largest radio telescope, two astronomers from Swinburne University of Technology in Australia have detected the faint signal emitted by atomic hydrogen gas in galaxies three billion light years from Earth, breaking the previous record distance by 500 million light years. Their results appear in a paper published in the journal Monthly Notices of the Royal Astronomical Society.

Using the 305-m diameter Arecibo radio telescope in Puerto Rico, Dr Barbara Catinella and Dr Luca Cortese measured the hydrogen gas content of nearly 40 galaxies at distances of up to three billion light years. By doing so, the two scientists found a unique population of galaxies hosting huge reservoirs of hydrogen gas, the fuel for forming new stars like our Sun.

These very gas-rich systems each contain between 20 and 80 billion times the mass of the Sun in atomic gas. Such galaxies are rare, but astronomers believe that they were more common in the past, when the Universe was younger.

"Atomic hydrogen gas is the fuel out of which new stars are formed, hence it is a crucial component to study if we are to understand how galaxies form and evolve," study leader Dr Catinella said.

"The signals are not only weak, but they appear at radio frequencies that are used by communication devices and radars, which generate signals billions of times stronger than the cosmic ones that we are trying to detect."

Measuring the atomic hydrogen signal emitted by distant galaxies is one of the main scientific drivers behind the billion dollar Square Kilometre Array (SKA) project, for which technology demonstrators like the Australian SKA Pathfinder are under construction. The Arecibo observations give astronomers a glimpse into the population of gas-rich galaxies that will be routinely discovered by these instruments in coming decades.

This project started as an experiment to see at what distances astronomers were able to detect the signal from atomic hydrogen in galaxies."The outcome vastly exceeded our initial expectations," Dr Catinella said.

"Not only did we detect radio signals emitted by distant galaxies when the Universe was three billion years younger, but their gas reservoirs turned out to be unexpectedly large, about 10 times larger than the mass of hydrogen in our Milky Way. Such a huge amount of fuel will be able to feed star formation in these galaxies for several billion years in the future."

Further studies will seek to understand why these galaxies have not yet converted a great part of their gas into stars. The SKA and its pathfinders will be the key to solving this mystery.

Notice: This is a press release from The Royal Astronomical Society. See the original news story here.