If We Ever Want Artificial General Intelligence, Governments Need To Invest In It 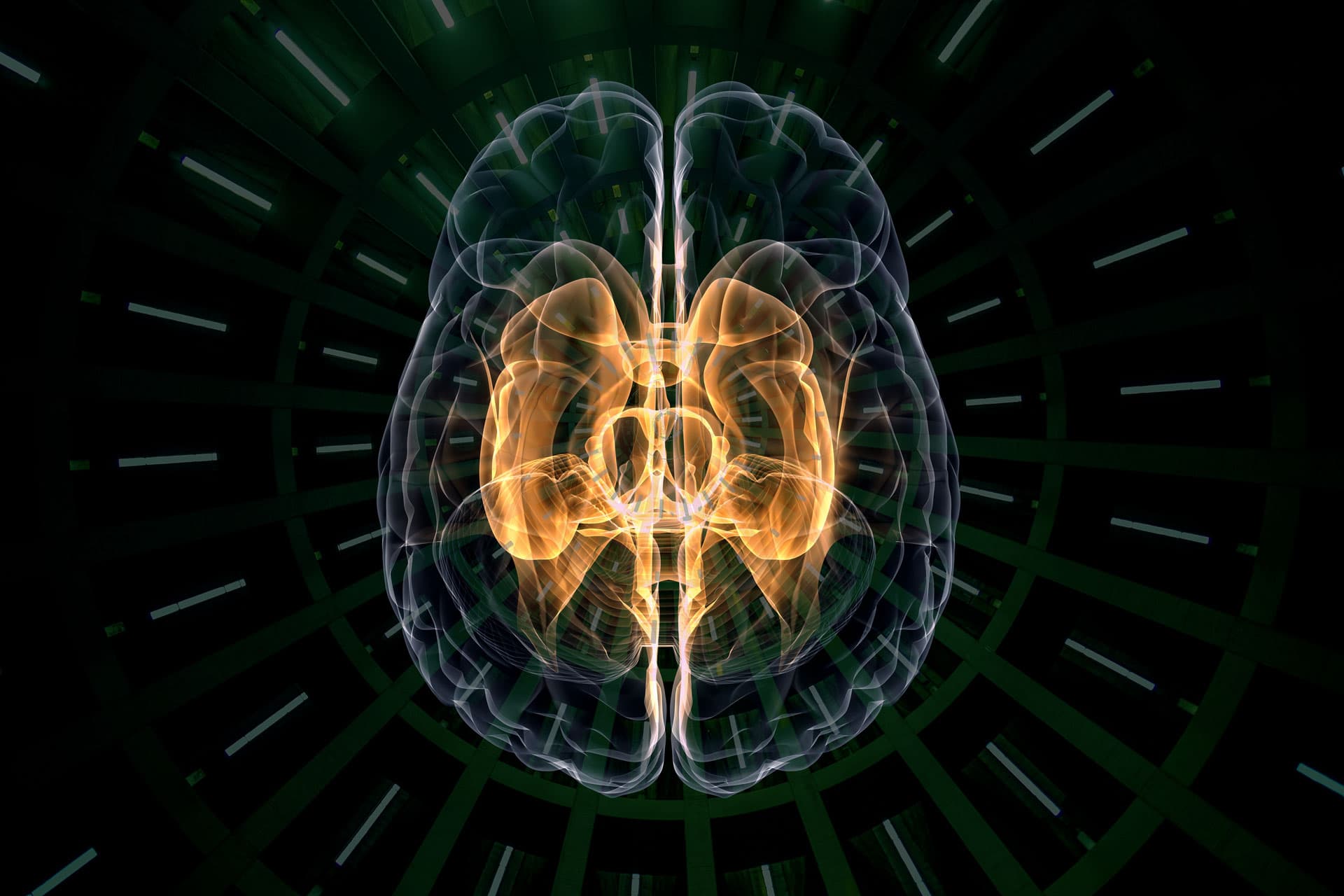 Pretty much every tech startup that boasts its use of artificial intelligence is actually focused on an ultra-specific problem. Visual effects company Digital Domain has an AI algorithm that automates and enhances video editing; healthcare startup Babylon developed an AI chatbot to answer the constant barrage of patient questions.

These tools are fine. They do what they’re supposed to. But they’ll never lead to something more, something bigger. No matter how great these AI systems sound, no startup will ever stumble upon artificial general intelligence (AGI), which is essentially a complete, human-like AI system that has become truly intelligent. No amount of optimizing systems to get better at a particular task would ever lead to AGI.

No startup will ever stumble upon artificial general intelligence.

But it’s also a real shame. Because the emergence of an AGI would revolutionize everything we know about technology.

An artificial intelligence system capable of abstract reasoning, creativity, and problem-solving would inspire large-scale, rapid changes in the way we tackle problems in space exploration, healthcare, security, and many other aspects of the economy — and our lives. To whatever investors owned a piece of the pie, such an algorithm would be priceless. But based on how investors and venture capitalists approach their business, the people who might want to build AGI would never get the private funding they needed. So if AGI stands any chance of happening, that money will have to come from somewhere else — likely a major government.

“Investors only fund something when they see the end of the tunnel, and in AI it’s very far,” said Marian Gazdik, Managing Director of Startup Grind Europe. He thinks governments should do that investing instead. As a venture capitalist, Gazdik doesn’t necessarily look for AI companies, but rather chooses to invest in companies with amazing technology that could actually solve a real-world problem.

Gazdik spoke at the “Investing in General AI” panel of The Joint Multi-Conference on Human-Level Artificial Intelligence organized by GoodAI last week in Prague. He, along with the other five tech investors on the panel, arrived at two reasons for a venture capitalist to invest in a new AI startup emerged. And neither of them are conducive to any of the big-picture innovation that would give rise to an AGI.

“I very much like General AI as an intellectual, but as an investor not as much,” said Tak Lo, a partner at Zeroth.ai, an Asian accelerator that invests in technology startups, who also spoke on the panel.

Lo, like other venture capitalists who back AI-focused startups, usually finds it more profitable to invest in companies with great business models that use AI to solve a big problem, or companies that got their hands on a large, valuable dataset for training algorithms.

AGI, on the other hand, is just too darn far away to promise a return on investment in a reasonable timeframe. The panelists agreed that venture capitalists want to see their money back (and then some) in five to 10 years, but certainly no longer than that. And for many private companies, including giants like the Googles and IBMs of the world, the uncertainty surrounding AGI makes for too long of a wait before seeing any returns, said panelist Jakub Kotowski, the Artificial Intelligence Lead at MSD Global Software Engineering.

And any sort of truly intelligent AI system like an AGI is very far off in the future, if it will ever exist at all, as experts (such as Facebook AI research scientist Tomas Mikolov and The U.N.’s head of Robotics and AI Irakli Beridze) told Futurism in private interviews outside of this panel. Not exactly a promising investment.

Private industry, then, isn’t going to get us to our AGI future. So the panelists called on governments and other forms of public funding to get the ball rolling. For government funds, they say, shareholders or an investor’s timeline are irrelevant — instead, these funders can throw sizable sums of money at these distant, lofty dreams in the interest of inching us closer to it for the common good.

Once the government has thrown enough money at the problem to have a few solutions to show for it, startups and private investors can pounce on the most viable ones, should AGI become a feasible, short-term goal.

Take flying cars. Companies like Volvo, Uber, and Boeing are all racing to be the first to develop flying personal vehicles. But those companies are depending on partnerships with NASA and UC Berkeley, a public university, in order to actually figure out how to get there.

“Since investors are like sheep, they like to invest in areas in which others are investing. They always wait for the first big move,” said Gazdik.

“Since investors are like sheep, they like to invest in areas in which others are investing. They always wait for the first big move.”

The U.S. government might not be throwing enough money at AGI to ensure that the strongest competitor will develop there. Russia and China are investing heavily in artificial intelligence, and are relying on their federal infrastructures to do it. In the U.S., much of that government investment flows through research-focused universities and partnerships with tech giants like Facebook and Google.

So how, exactly, should governments invest in AGI to help make the revolutionary technology a reality? None of the panelists could come up with a concrete suggestion. Instead, they vaguely suggested that governments, companies, and academics ought to all “play to their strengths,” and “focus on what they should be doing.” No one elaborated on what exactly that means, but Lo did suggest that government agencies should focus their efforts on thinking about where society will be in the coming decades and craft appropriate policy, standards, and protocols.

But as far as government investments go, some of the panelists suggested that federal agencies ought to put their money in the hands of private managers, such as the panelists themselves, who might be able to invest it more strategically than a bureaucrat would know how to (this would, of course, benefit the panelists a great deal, so take it with a grain of salt).

For any of this to happen, a government has to decide the goal of developing the world’s first general artificial intelligence system is a high-ranking priority that deserves a slot on a competitive budget sheet. So far, none has. And until one does, AGI will always lie just beyond any tech company’s grasp, always lurking just beyond the timeframe for commercial investment.

More on how to develop AI: To Build Trust In Artificial Intelligence, IBM Wants Developers To Prove Their Algorithms Are Fair

Read This Next
Rob's Removal
Deepfaked Robert Pattinson TikTok Account Mysteriously Nuked
Neural Networking
Welcome to “Robot Hell”! Meet the Deranged Genius Who Created an AI Version of @Dril
Bot-icelli
Sorry, But There’s No Way Tesla Is Selling a Humanoid Robot Next Year
Botsexual
Man Credits Affair With AI Girlfriend For Saving His Marriage
Power Hungry
Scientists Warn That Ad-Targeting Neural Networks Could Use “Infinite” Energy
More on Artificial Intelligence
Ay Gee Eye
Thursday on the byte
Google Says It’s Closing in on Human-Level Artificial Intelligence
Oh No
Apr 28 on futurism
Man Married to Hologram Can’t Talk to Wife Due to Software Glitch
My Liege
Apr 26 on the byte
AI Generates Painting of Actual “Burger King” and There’s a Terrifying Hunger in His Eye
READ MORE STORIES ABOUT / Artificial Intelligence
Keep up.
Subscribe to our daily newsletter to keep in touch with the subjects shaping our future.
+Social+Newsletter
TopicsAbout UsContact Us
Copyright ©, Camden Media Inc All Rights Reserved. See our User Agreement, Privacy Policy and Data Use Policy. The material on this site may not be reproduced, distributed, transmitted, cached or otherwise used, except with prior written permission of Futurism. Fonts by Typekit and Monotype.