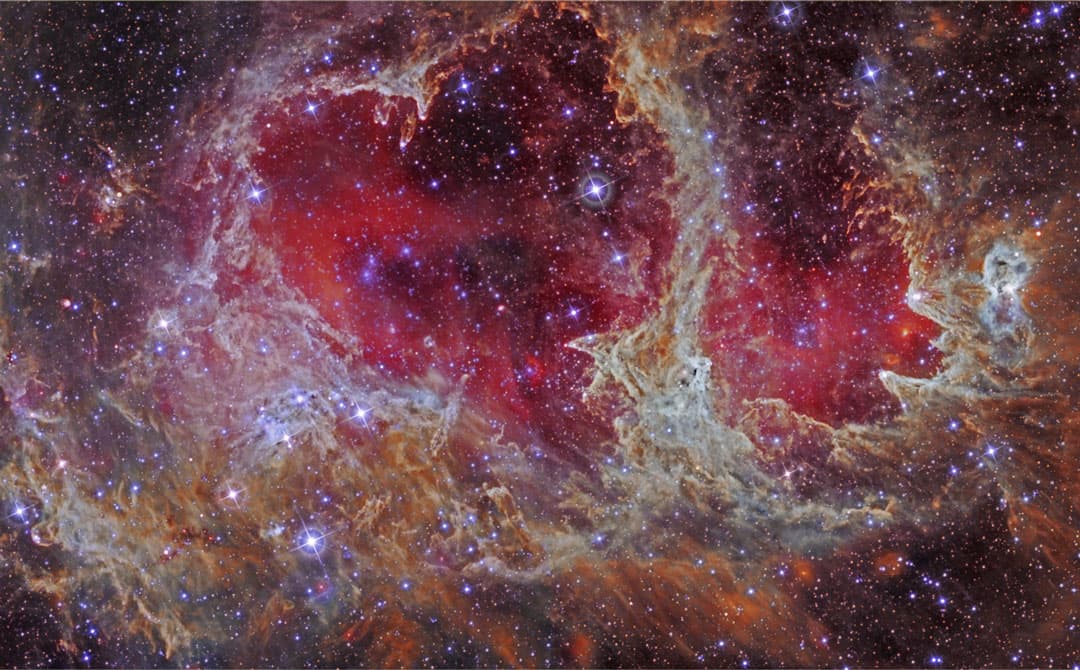 This celestial region is one of a few that looks more majestic at non-optical wavelengths. Meet Westerhout 5 (otherwise known as W5, Sharpless 2-199, or the Soul Nebula), a star forming region that lies around 2,000 light-years from Earth in the Cassiopeia constellation.

In an image captured by NASA's Wide Field Infrared Survey Explorer satellite, more commonly known as WISE, we see the massive stars birthed within W5. Many of them are newly-forged, but somewhat perplexingly, the older stars appear to be situated in the nebula's center — where numerous empty cavities reside — while the younger ones hang out on the outermost fringes. Researchers posit that the older stars might be the the reason the new stars are coming alive, being that they play an active role in triggering the gravitational contraction of gas that proceeds nuclear fusion starting up.

Also seen in this false-colored image are several immensely large pillars, each spanning approximately ten light-years across. All of them are composed of dust and superheated gas. When left to their own devices, the hot gas evaporates very slowly, but not before a few stars spontaneously form at the tips.