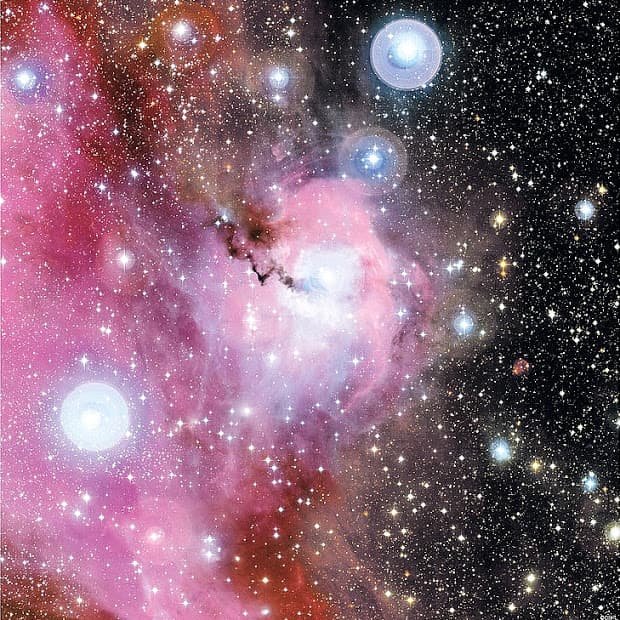 Among the thousands of known nebulae, many contain strikingly similar shapes. These regions are known to appear in the form of animals, continents, space monsters and even faces. This is yet another example of pareidolia in outer space, heavily resembling a seagull.

Because of this resemblance (which is more apparent in some of the images linked to below), the nebula has been tentatively dubbed "the Seagull nebula" (also known as IC 2177). This celestial starforming region, which is classified as a diffuse emission nebula, is located some 3,400 light-years from Earth (right between the Monoceros and Canis Major constellations).